Pursuant to our coverage of Aleutia's Relia fanless industrial PC, we received feedback from readers to provide more coverage for the industrial / embedded PC space. In this market, reliability and ruggedness are prime concerns. Habey USA (part of the NORCO group) has been in the industrial PC space since 1991. Recently, they have introduced two fanless PC models, one satisfying the requirements of the higher end market (where a lot of computing power is required), and the other for specialized embedded applications where the processing power provided by the Atom lineup is more than enough.

The BIS-6922 is Habey's high-end offering with support for both Ivy Bridge and Sandy Bridge CPUs, using the QM77 / QM67 chipsets respectively. The units are passively cooled with Habey's custom ICEFIN technology. The motherboard itself has 2 SO-DIMM slots, two GbE LAN ports and a 2.5" HDD / SDD bay. In terms of expansion slots, we have 2x mini-PCIe, 1 x PCIe x16 and 1 x PCIe x4 connectors. Two simultaneous displays can be driven with the VGA, DVI-D, HDMI and 24-bit LVDS intefaces.

Pricing varies from $416-455 for the barebones version (board and chassis), based on the quantity purchased. Full systems (including CPU, RAM and storage) are priced around $995 for an i3, $1195 for an i5 and around $1250 for an i7 CPU. Detailed specifications are provided below. 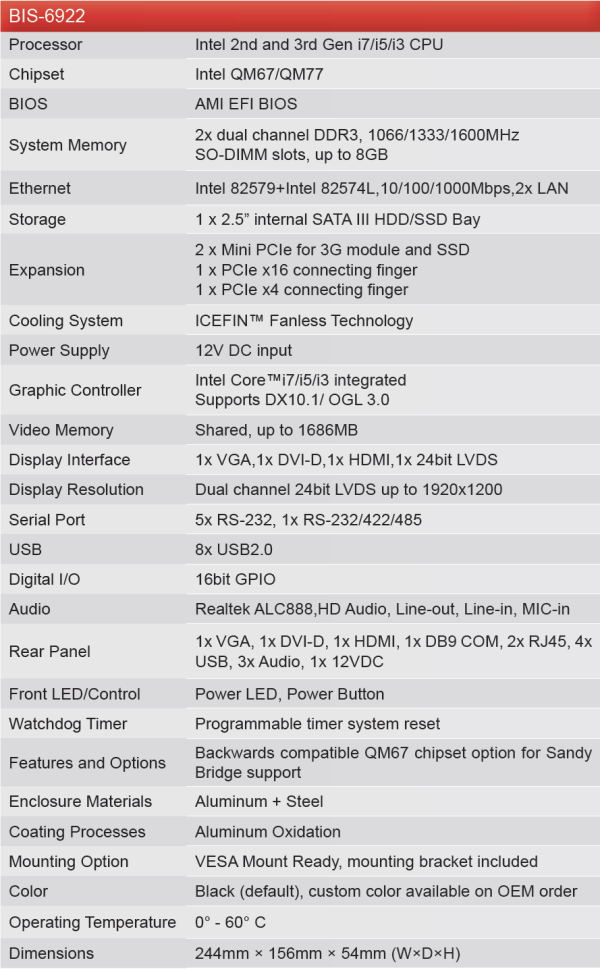 The BIS-6636 is a small form factor Intel Atom based system with dual NICs and up to 6 COM ports. Cedar Trail's PowerVR SGX545 GPU coupled with the VXD and VXE decoder and encoder engines allow Habey to advertise this unit for digital signage and NVR (networked video recorder) applications amongst other things. In terms oS support, we have drivers for Windows 7, Windows 7 Embedded and also embedded Linux OSes such as Timesys Fedora.

Pricing information is not available yet. Detailed specifications are provided below. 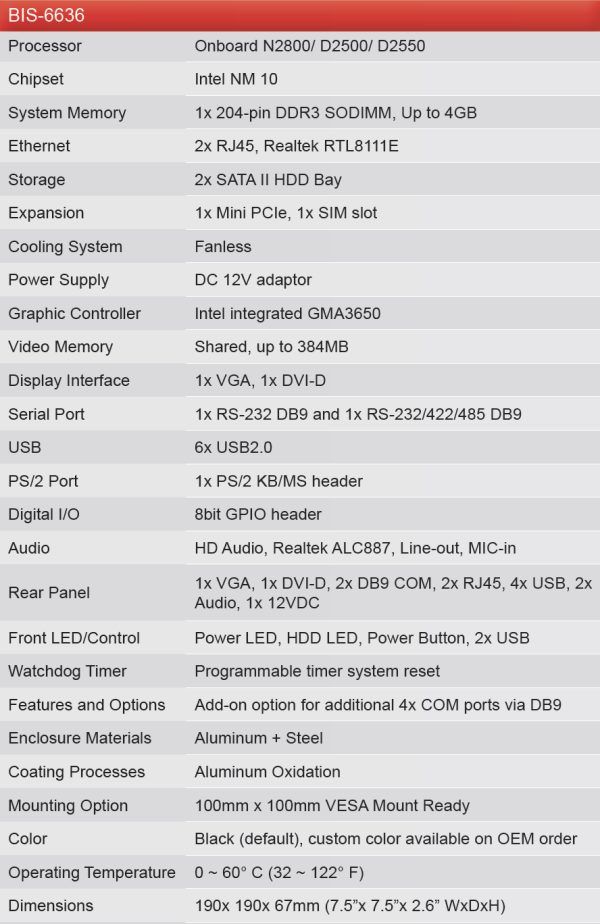