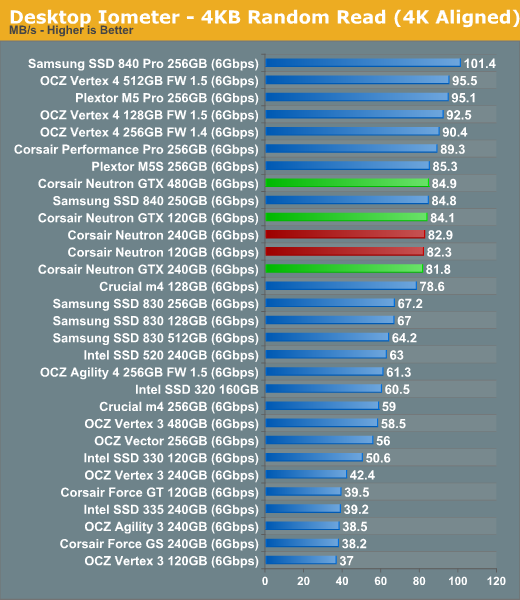 Random read speeds at low queue depths are usually not bound by the NAND because reading from NAND is a lot simpler process than writing, so you get no performance benefit from using faster NAND. There is no performance gain from more NAND die either as all capacities perform nearly equally. The gap between the fastest and slowest of the Neutron drives is 4%, which is hardly worth thinking about. 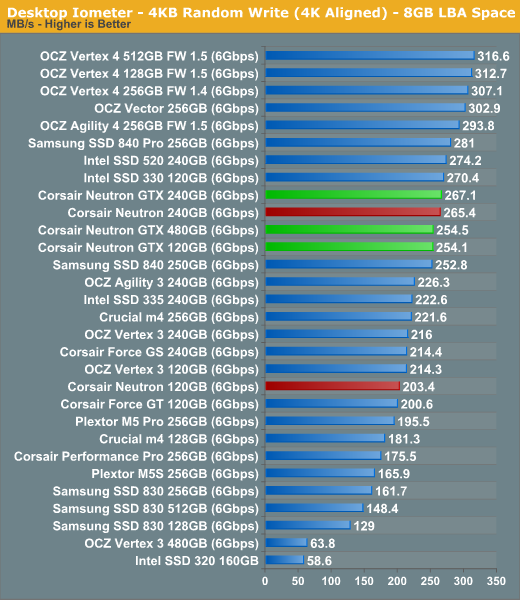 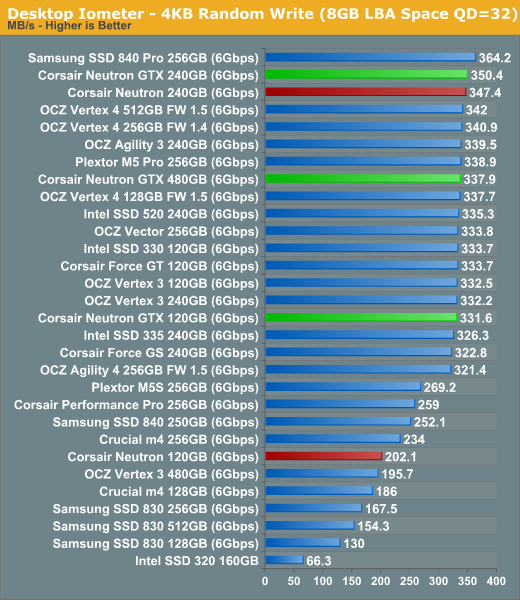 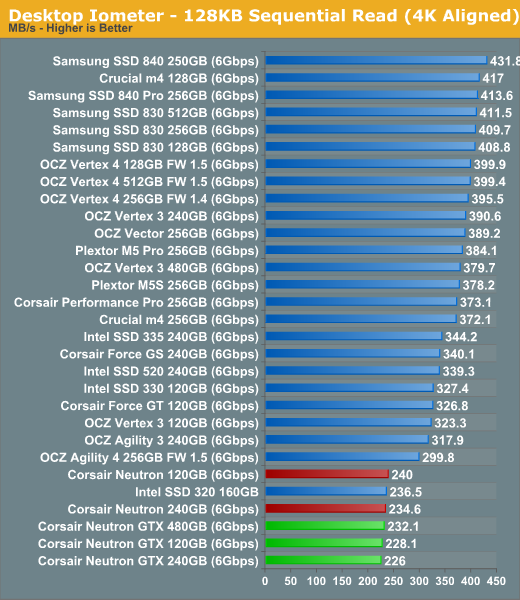 Low queue depth sequential read speed is still an issue but given that Corsair has not provided a new firmware, this was expected. All the drives are running the same M206 firmware, which is what shipping units come with as well. Again, the gap between the fastest and slowest Neutron is around 6% here. 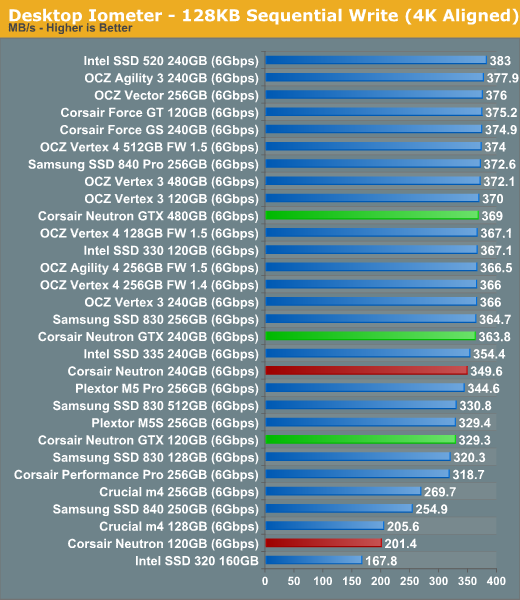 Sequential write speed shares the behavior of random write performance: having more and faster NAND increases throughput though there is essentially no benefit from more than 256GiB of NAND. Both 120GB drives fall behind, though the GTX is still close and performs around 60% faster than the Neutron.