The Core i5/i7 offered in the 13-inch rMBP integrate Intel's HD 4000 graphics. Although it's a significant step above the HD 3000 (and everything that Intel made before it), the 4000 doesn't yet deliver dGPU levels of performance. Instead you get enough performance to drive older games (e.g. Half Life 2 Episode Two) at mainstream resolutions. Even Starcraft 2 wasn't too bad on the 13, but I had to run the game at 1280 x 800 with medium quality defaults. There's pretty much no chance you're going to run any game at the panel's native 2560 x 1600 resolution. Heavier workloads aren't going to fare well on the 13 either.

I'd consider the 13-inch MacBook Pro enough for light, casual gaming, or basically anything you'd run on a MacBook Air - but nothing more. OS X is still not a very robust gaming platform so I don't know how big of a deal this is, but if you care about GPU performance you're going to want the 15-inch rMBP instead. 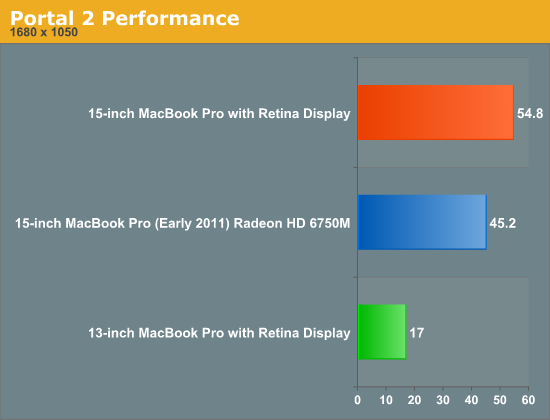 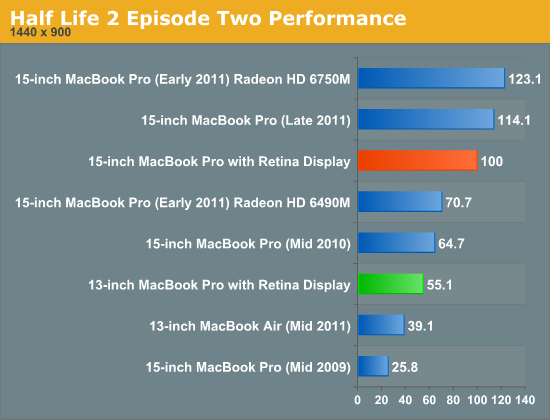 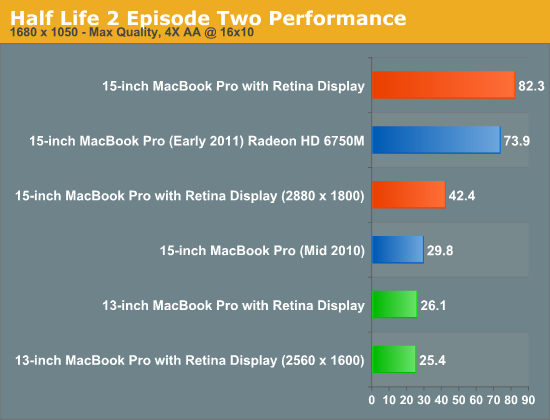 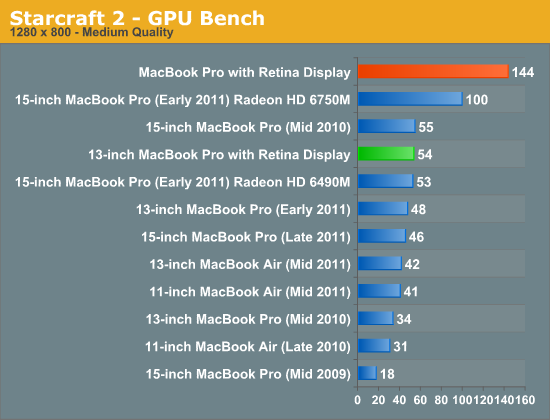 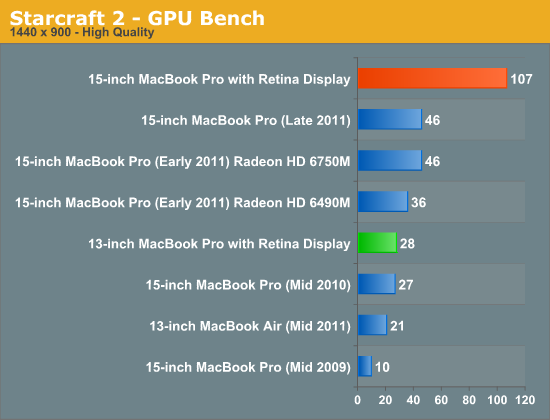 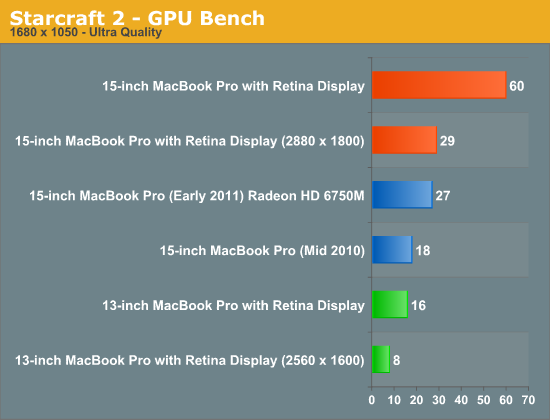 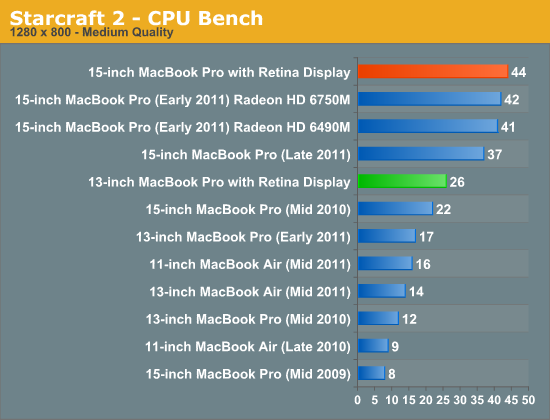 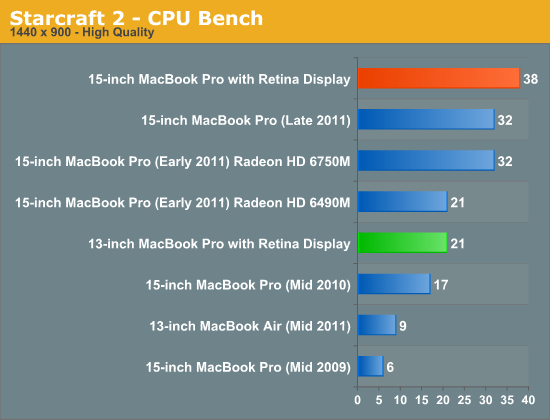 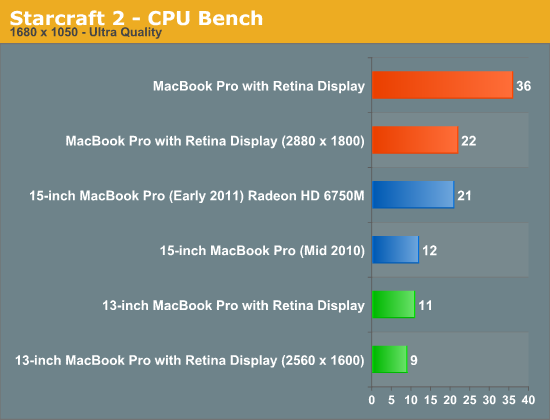