Inside the Intel SSD 335 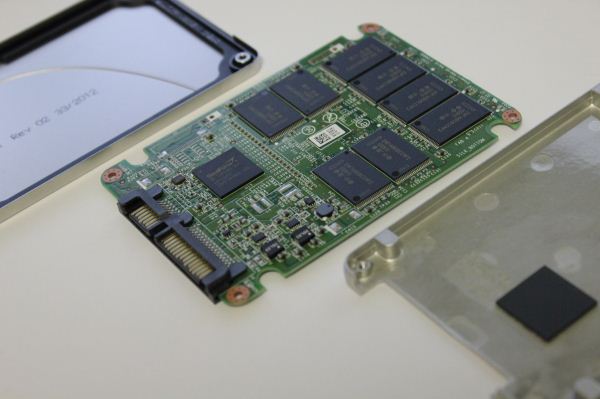 Similar to the SSD 330, the SSD 335 has a single thermal pad covering the controller. The whole case is made out of metal, so heat dissipation in general should not be an issue. There doesn't seem to be any visible differences between the PCBs of SSD 335 and 330, other than the fact that the SSD 335 loses the "BIN 2" sticker and is manufactured in fab 4 instead of fab 3 (although it's completely possible that SSD 335s are manufactured in fab 3 as well). 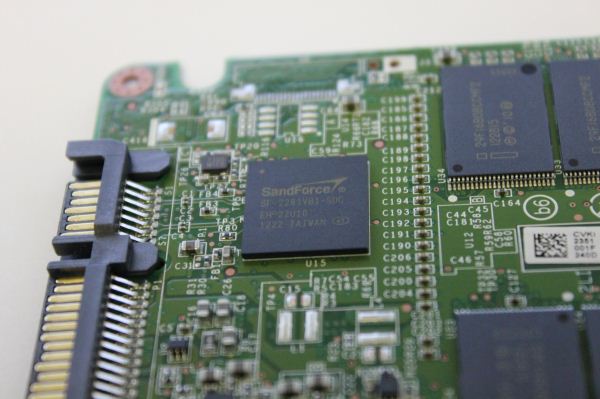 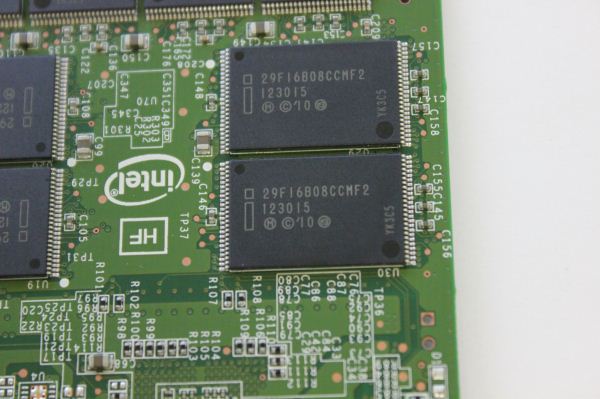 As usual, there are a total of sixteen NAND packages, eight on each side of the PCB. Each NAND package consists of two 8GB 20nm MLC NAND dies, making each NAND package 16GB in capacity. The new 20nm process node is indicated by the 12th character, which is an F. Process nodes follow the alphabet, meaning that F is 20nm, E is 25nm, D is 34nm and so on.