Display: Not Retina, But Still Good

Surface features a 10.6 inch, 1366 x 768 16:9 display. The physical size is a bit unusual, although the display resolution is something we’ve seen used in affordable notebooks for years now. We already know why Microsoft picked the display size (to enable better multitasking and make for a good keyboard size), but is there room for a flagship tablet with only a 1366 x 768 display resolution?

Microsoft’s response to the resolution question is that more pixels isn’t necessarily better, and that there are a number of other factors that are just as important. It also is quick to point out that a significantly higher resolution display would have increased memory bandwidth requirements, decreased UI frame rate and required a larger battery. As NVIDIA’s Tegra 3 only has a single channel LPDDR2 memory interface, driving a 2048 x 1536 panel and maintaining Microsoft’s UI performance requirements was out of the question. Apple ran into the same issue and ended up building the A5X SoC with an insanely wide memory interface to deal with it. Down the road I’d expect the memory bandwidth problem to get solved, but that still leaves a power consumption issue. Apple moved to a 42.5Wh battery in the 3rd generation iPad, a 37% capacity increase compared to the 31Wh unit in Surface. Enabling a similar panel would have pushed size and weight of Surface more than Microsoft would have liked.

Given those constraints Microsoft chose a different route with Surface. Rather than focus on pixel density it focused on improving contrast and reducing glare. Surface laminates the cover glass and LCD panel together, removing an annoying air gap that’s responsible for some reflections/glare and a reduction in brightness. Apple’s recently announced 8th generation iMac does something similar, as do a lot of high end smartphones, but Surface is among the first to do so with a ~10-inch LCD. The effect is noticeable in a contrived photo but it also results in a display that’s not half bad to look at. 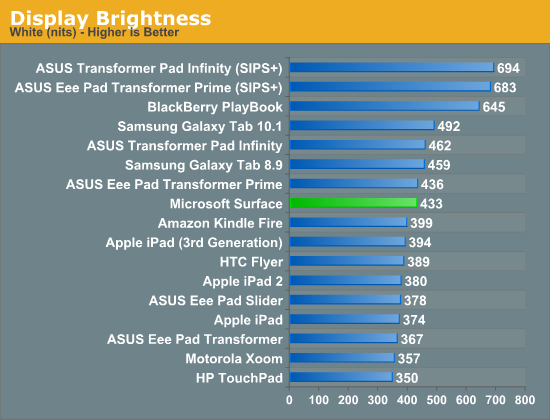 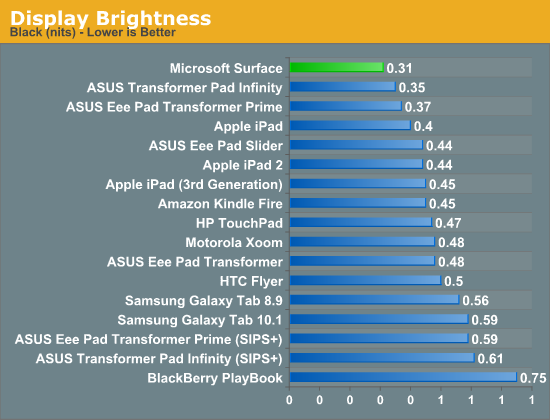 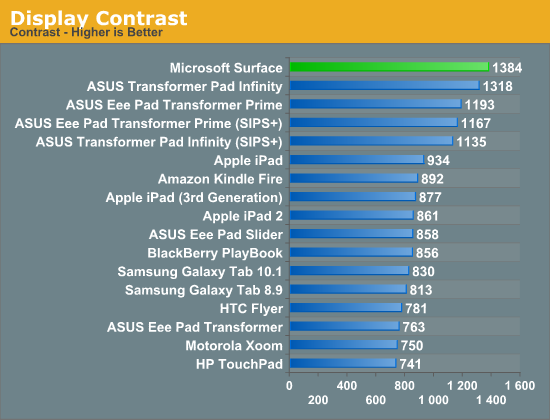 With the exception of text on web pages, the lower resolution Surface display isn’t overly bothersome. I would like something a bit higher resolution although I don’t know that matching Apple’s pixel density is absolutely necessary if Microsoft can deliver elsewhere.

Apple doesn’t just rely on resolution to sell the iPad’s Retina Display, it also happens to do quite well at accurately representing colors. I put Surface through AnandTech Senior Display Editor, Chris Heinonen’s excellent tablet/smartphone analysis workflow to see how well it did: 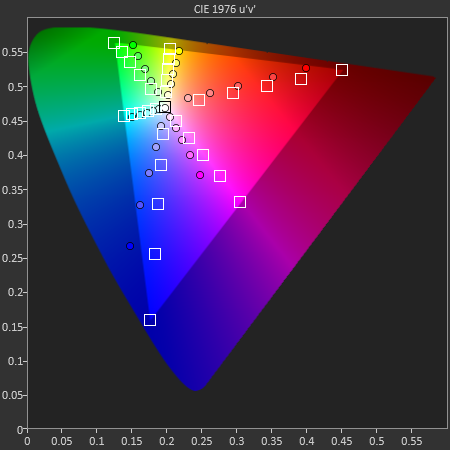 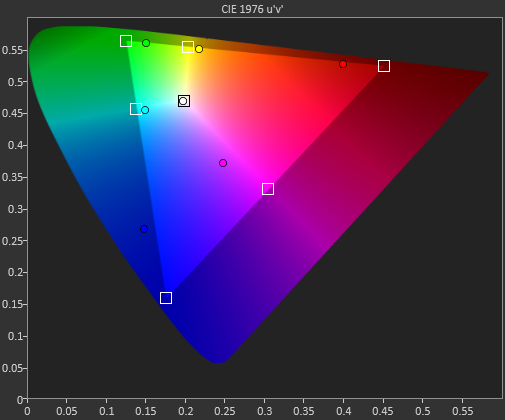 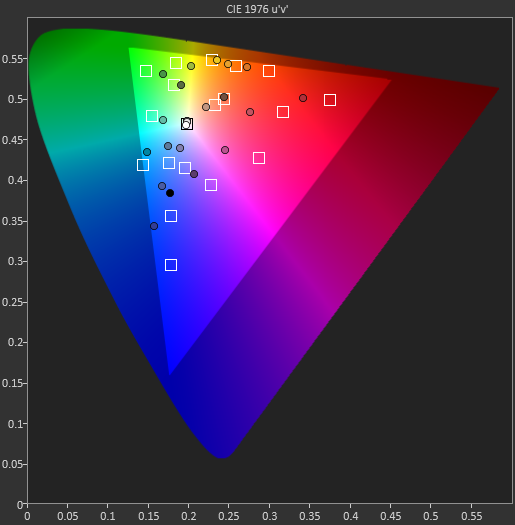 Grayscale accuracy is slightly better on Surface compared to the iPad, however the rest of the accuracy metrics show Apple’s tablet ahead of Surface.

This isn’t to say that Surface’s display is bad, in fact I think it’s quite good and I’d argue that it was never a problem in my testing, but it’s definitely not the best on the market today. I’m also not sure how much of this has to do with Microsoft’s panel selection vs. software calibration. None of my calibration tools work under Windows RT so I couldn’t really tell you.

I did reach out to Microsoft and they did say that some of my values in the charts below looked a little off. I’ll be rerunning data on another Surface sample as soon as I get a chance to.