Cross platform smartphone benchmarks are interesting, but they do come with their own sets of issues. Before we get to that analysis however, let's look at how the iPhone's performance has improved over the past six generations. Luckily Brian has a set of all of the iPhones so he was able to run a few tests on all of the devices, each running the latest supported OS. 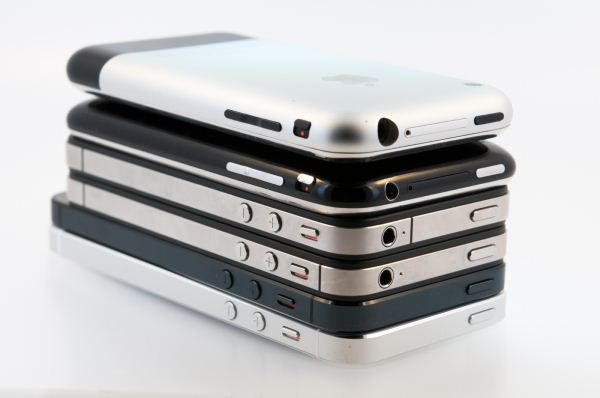 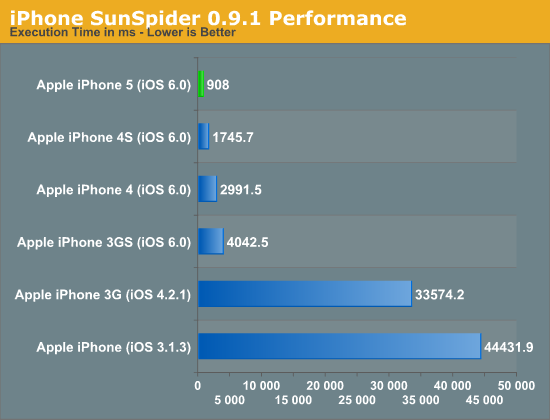 The transition from iPhone to iPhone 3G shows you just how much additional performance you can squeeze out of simply a software change. There's likely even more that could be squeezed out of that ARM11 platform, unfortunately newer versions of Safari/iOS aren't supported on the iPhone 3G so we're left with a runtime that's around 37x the length of a single run on the iPhone 5.

The rest of the devices support and run iOS 6, so we're at least on a level software playing field. The performance boost from one generation to the next is quite significant still. Going by this chart alone, the best balance of minimal upgrades and maximum perceived improvement would be from the original iPhone to the 3GS then again from the 3GS to the 5. 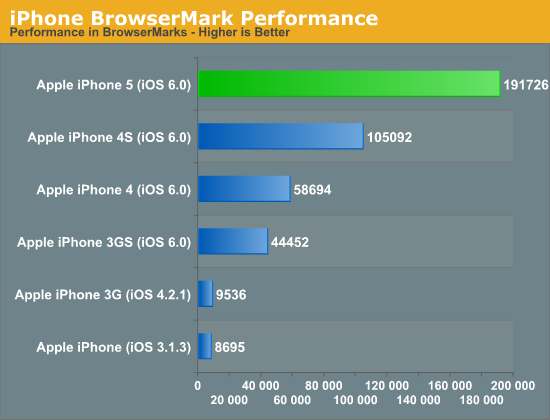 The BrowserMark results tell a similar story. The jump from the ARM11 based iPhone/iPhone 3G to the 3GS running iOS 6 is huge. Both the 4S and 5 offer doublings in performance, albeit for different reasons. The 4S delivered a doubling thanks to a doubling of core count and a move to the Cortex A9, while the iPhone 5 doubled performance through a much higher clock speed and microarchitectural improvements.

Finally we have Geekbench 2, which only runs on the iOS 6 supported devices so we say goodbye to the original iPhone and iPhone 3G: 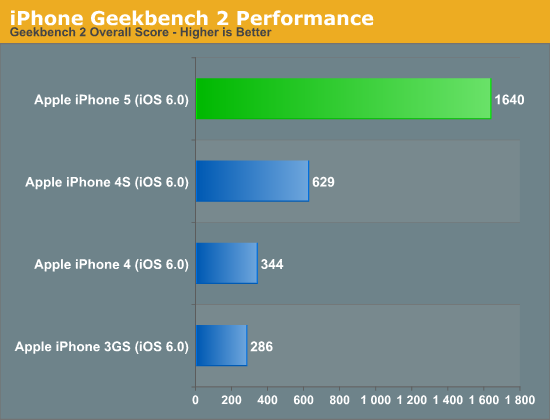 None of the jumps looks as dramatic as the move to the iPhone 5, but we already know why. The Swift CPU architecture does a great job improving memory performance, which shows up quite nicely in a lot of the Geekbench 2 subtests.

On the PC side we often talk about 20% performance improvements from one generation to the next being significant. It's clear that the mobile SoC space is still operating along a hyper Moore's Law curve. The rate of progress will eventually slow down, but I don't see that happening for at least another couple generations. The move to ARM's Cortex A15 will be met with another increase in performance (and a similarly large set of power challenges), and whatever comes next will push smartphones into a completely new category of performance.