Conclusion: Worth Considering In This Configuration

With the amount of performance in AVADirect's Quiet Gaming PC (SPCR Certified!) you're just not going to get a purely silent system. To get one, you'd have to sacrifice the overclock and the video card; in other words, you'd have to go for the Puget Systems Serenity SPCR Edition which I can attest is basically inaudible unless you put your ear right up against the side of the case. And if you want that system, you will pay dearly for the privilege.

There's a lot to like about what AVADirect has done here. Across the board, our review unit features only high quality component selection, right up to the very respectable Prolimatech Megahalems heatsink used on the CPU. AVADirect's engineers understand something I've been pushing in my case reviews: a series of small fans run at low speed can do a lot of work and be remarkably quiet in the process. It's all about having smart airflow. That's basically the case here. $2,700 is an awful lot to ask for a desktop, but at least you know they're not cheaping out anywhere.

Well, except for one place, and that one thing is the crack in the Quiet Gaming PC's armor. The NZXT H2 is a sub-optimal case. It puts in a solid performance here, certainly, but again, the H2 is a baseline for so many vendors because NZXT cuts massive deals to boutiques (which is why their cases can be so prevalent). If I wasn't a hardware reviewer with some behind the scenes experience I might not notice the difference, but I am, and I do. AVADirect does offer alternative enclosures, but that leads me to another question. 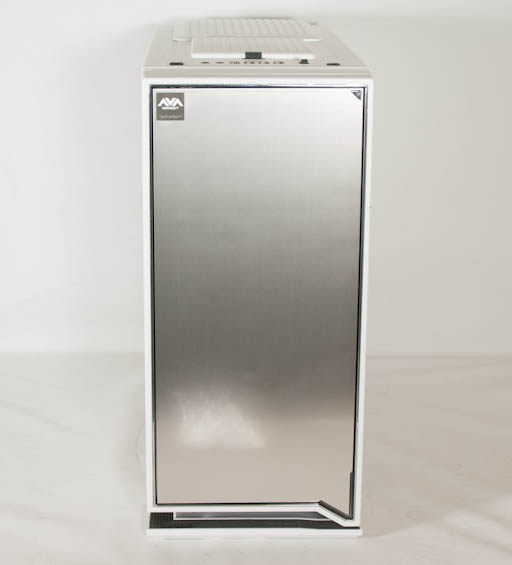 Okay, so the Quiet Gaming PC is certified by SPCR. In what configuration? The options AVADirect offers for component selection are thankfully more limited than they usually are in the places that matter (CPU heatsink and GPU options). Would that certification still hold if we changed the case to a theoretically quieter one like the Antec P183 or the Fractal Design Define XL, though? Or if we used a less powerful CPU cooler like the Scythe Mugen 3? It's tricky, and it's the reason why I still tend towards the Puget Systems Serenity for users who want a quiet system. You sacrifice the overclock and some GPU power by going with them, but the component selection is substantially whittled down to only the cream of the crop.

It undoubtedly seems like I'm being tough on AVADirect when the review system I was sent is actually a pretty excellent piece of engineering with a lot of love and care put into it. The value proposition on systems like these is never good; honestly what I really wish is that they'd sent a system in an Antec P183 or the Fractal Design Define XL so I could at least say with some measure of certainty whether or not those cases would be an improvement instead of operating on my knowledge of the NZXT H2, a case which just looks and feels too cheap for a $2,700 computer.

That's my only major complaint, though. If you want a lot of performance in a quiet build and you're not up to putting it together yourself, it's really hard to fault what AVADirect has done here. You'll pay substantially for it, but I can definitely see the market for this system. If you have the money for it and acoustics matter to you, you could do heck of a lot worse.