Inside the M5 Pro 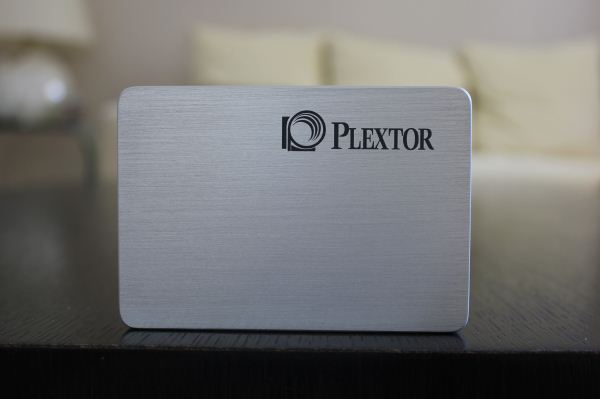 The external design is still the same as in the M3 Pro. Likewise, the M5 Pro measures in at 7mm height. 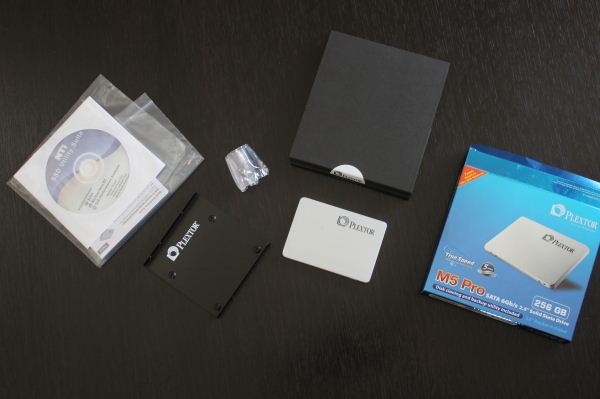 Plextor provides a variety of add-ons in the retail package. There is a 2.5" to 3.5" adapter, mounting screws and NTI's SSD utility suite including clone, backup and SSD performance tools (though I've heard the bundled software may be regional. Some European buyers of the M3/Pro have said that their SSD came with Acronis' SSD tools). 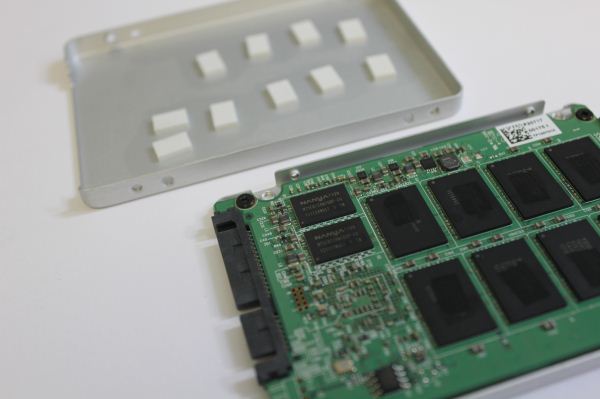 Opening up the M5 Pro reveals eight NAND packages and two SDRAM chips. The specific part number for the NAND is TH58TEG8D2JBA8C. The eleventh letter, J, indicates that the manufacturing process is 19nm as the naming system is alphabetical: A stands for 130nm, B for 90nm and so on. The second last character, which is an 8, reveals that the package is quad-die (32GB) and that Toshiba's 19nm MLC die is still 8GB.

Many of you are probably wondering whether endurance has declined with 19nm NAND. Toshiba is very quiet about their NAND so we have absolutely no official word on the P/E cycle count. However, if IMFT's 20nm NAND is anything to go by, we should still expect to get ~3000 P/E cycles out of 19/20nm NAND. We are still nowhere near P/E cycle figures where endurance would seriously be an issue, as we have explained several times in the past. 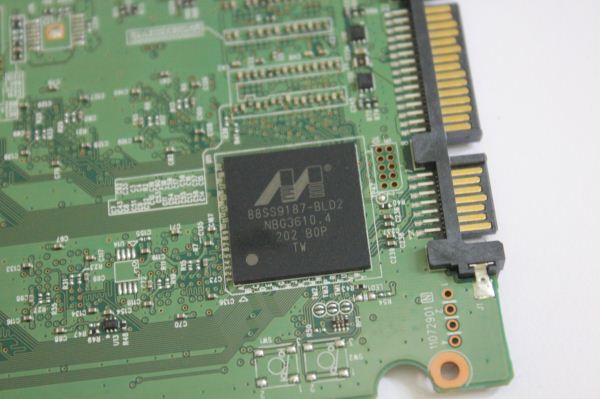 This is it: The Marvell 88SS9187-BLD2. No specific details are known about the new controller, other than that it supports SATA 3.1 and promises "best-in-class" random read/write performance. SATA 3.1 doesn't bring any significant improvements, altough it brings support for mSATA as well as queued TRIM command (the controller can put the TRIM command in queue and keep doing regular operations until it's free to run the TRIM command). Reduced power consumption is also listed in the release notes, although I doubt we'll see any substantial gains.