We received a sample of Intel’s 1.13GHz Pentium III a couple of weeks before its launch on July 31, 2000, and during that period the processor effortlessly completed our usual suite of benchmarks and we readied the review for publication Monday morning. 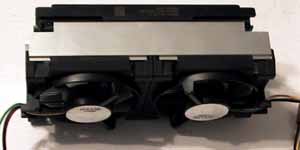 That day, a number of other online sites published reviews of the 1.13GHz Pentium III processors, seemingly without any problems, with the notable exception of Tom’s Hardware Guide.  Instead of a review of the processor, Dr. Pabst put together an editorial discussing Intel’s recent history of “paper launches” as well as the fact that Dr. Pabst’s production sample 1.13GHz Pentium III failed to work properly.

Based on his experience, Dr. Pabst concluded that Intel had a serious production problem and was thus unable to reliably produce the Pentium III at 1.13GHz, his justification came with the fact that by underclocking the CPU to 850MHz the processor exhibited no signs of instability.

At the time, we didn’t think much of the incident, other than assuming that Tom’s Hardware simply got a bad part.  We’ve received bad parts in the past, none from Intel, however we have had experience, especially with motherboards, where a production sample fails to work properly.