The MacBook Air is in its third iteration of the current design and it's tangibly better than the two that came before it. The 2010 (and older) models are just plain slow by comparison. Thanks to architectural, frequency and thermal improvements, one of the cores from a 2012 MacBook Air ends up being faster than two from a 2010 MBA. In other words, the 2012 models end up being more than twice as fast as the 2010 models in many of our CPU bound tests. 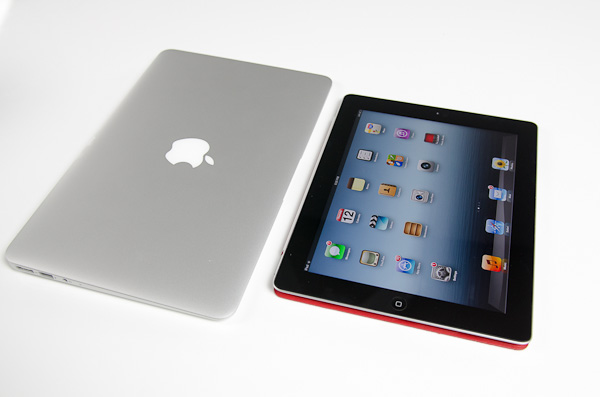 It's not all about Intel in the 2012 Airs however. The improvement in storage performance is even more revolutionary. Similar to the rMBP, with the 2012 MacBook Air Apple has entered the world of modern SSD performance. The impact of the faster SSDs is felt everywhere from boot to application performance. Once again there are two SSD suppliers, but unlike in previous models both can be deliver good performance. If you use FileVault or plan on working with a ton of already compressed data, you'll want to pick a 256GB or 512GB drive to end up with Samsung's controller rather than the SandForce driven Toshiba solution.

By offering 8GB RAM and 512GB SSD BTO options, Apple has made the MacBook Air even more of an upgrade for owners of older MacBook Pros. The options aren't cheap but the flexibility in an inflexible machine is important. 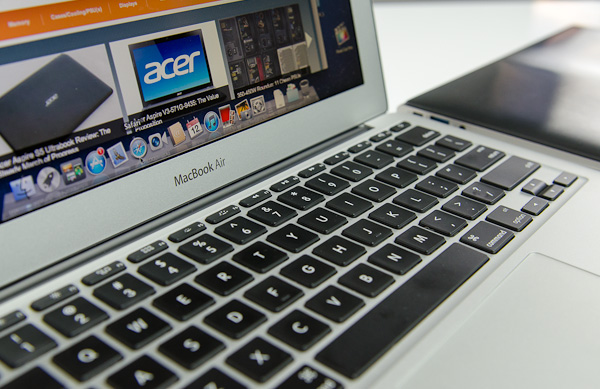 The only real downside to the 2012 MacBook Air is in the display department. Apple raised the bar with the 2012 iPad and Retina Display on the MacBook Pro, the MacBook Air's display is good for a TN panel but the rest of Apple's new world has moved to high resolution IPS panels. The same is starting to be true outside of Apple as well. The competition has simply caught up and surpassed Apple in the low-cost, but high-quality display business. The MacBook Air is no longer competing against poorly designed netbooks, but a bunch of clones that are quickly approaching parity across the board. The MBA panel isn't bad, but it needs to be better.

Even without a new display however, the MacBook Air continues to be one of the best executed ultraportables on the market today. If you're after absolute portability, the 11-inch model is great. If you want a Pro replacement and can get away without four cores and a discrete GPU, the 13 gets the job done. I have no issues recommending either system.