With most of the attention from Apple's hardware refresh event centered around iOS 6 and the new Retina MacBook Pro, the updated 2012 edition of the regular MacBook Pro has flown a little bit under the radar. Basically, it’s just an Ivy Bridge-infused version of the venerable unibody MacBook Pro chassis that we’ve known and loved for the last few years. The details don’t bring any particularly earth-shattering revelations, with 13” retaining the dual-core processor and integrated graphics, while the 15” makes the switch from AMD to Nvidia’s new Kepler-based GT 650M dedicated graphics. Along with Ivy Bridge, the 2012 MBP line gets HD 4000 graphics and USB 3.0 across the board, plus a free update to Mountain Lion when it releases later this summer. Naturally, it doesn’t generate the same kind of excitement that the all-new, all-awesome Retina MacBook Pro does. But is a less headline-worthy computer necessarily a worse one? 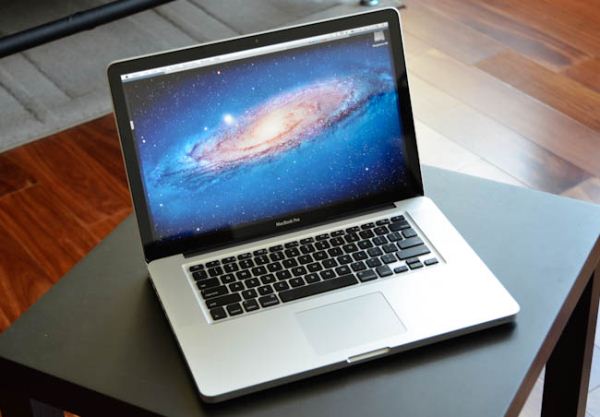 It’s pretty difficult to find things to write about the 2012 MacBook Pro hardware. You can essentially sum it up in one paragraph, or even one sentence if you try hard enough. The 2012 MBP looks exactly like the 2011 MBP, which looked exactly like the 2010 MBP, which looked exactly like the post-April 2009 MBP. It’s likely to be the last iteration of the original unibody MBP, giving this body style a 4.5 year run as one of the most instantly recognizable notebook computers on the market. I’m not going to go too far in depth with analyzing the design, because we’ve gone over it a few times over the years (here, here, here, here, here, and here. Oh and here too, just for good measure.)

The 15” is a bit more interesting. The base $1799 SKU comes with a quad-core i7-3615QM (2.3GHz) and a 512MB Nvidia GeForce GT 650M dGPU, but makes do with a paltry 4GB of memory and a 500GB hard drive. The standard memory and storage configuration in a nearly-$2000 notebook is pretty unacceptable. This being Apple, upgrade pricing is still a hair away from being highway robbery, but at least the matte WSXGA+ screen upgrade costs a reasonable $100. Thankfully, unlike the rMBP and MacBook Air, you can always opt to buy RAM and storage upgrades on your own.