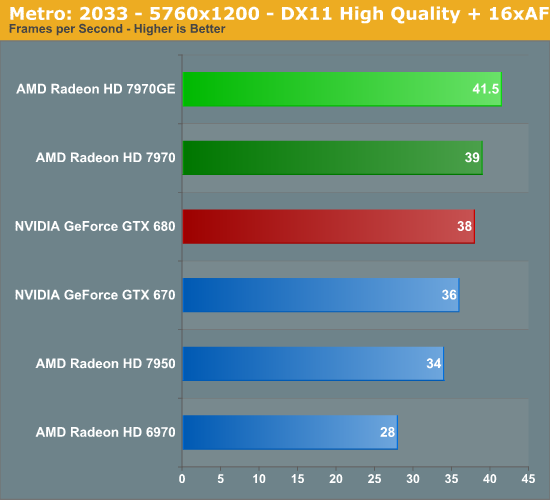 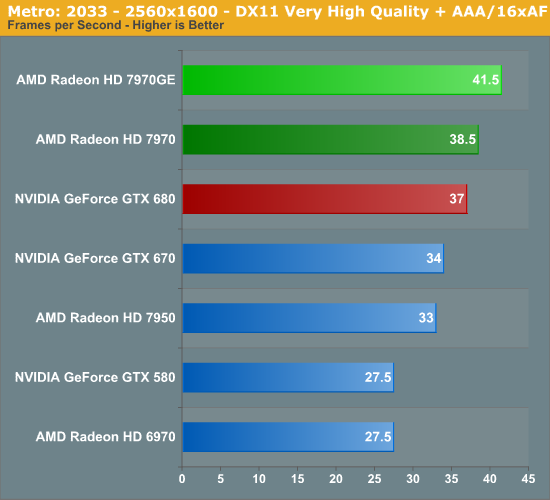 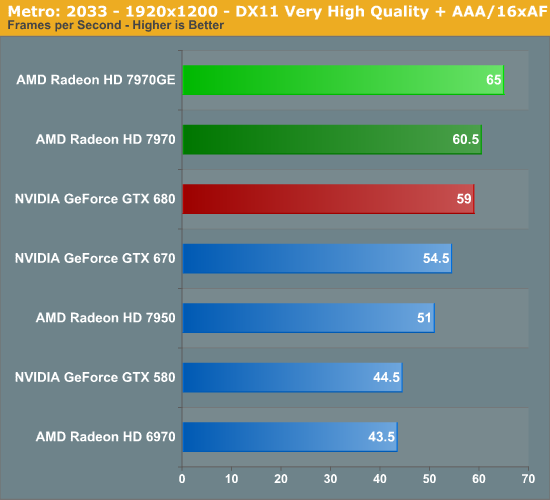 Metro is another graphically intensive game and another game that has traditionally favored AMD’s 7000 series cards, albeit not to nearly the same degree as Crysis. Still, the 7970 could already surpass the GTX 680 here and the 7970GE adds to that lead. At 2560 the 7970GE takes a 12% lead, pushing past 40fps at 2560. Meanwhile AMD’s gains compared to the 7970 are less pronounced but it’s still enough for an 8% improvement. Like Crysis this is another game where AMD has a very clear performance advantage with the 7970GE.