Its popularity aside, Battlefield 3 may be the most interesting game in our benchmark suite for a single reason: it’s the first AAA DX10+ game. It’s been 5 years since the launch of the first DX10 GPUs, and 3 whole process node shrinks later we’re finally to the point where games are using DX10’s functionality as a baseline rather than an addition. Not surprisingly BF3 is one of the best looking games in our suite, but as with past Battlefield games that beauty comes with a high performance cost. 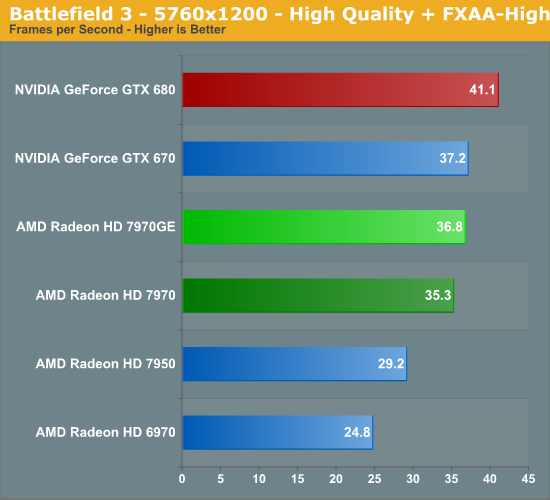 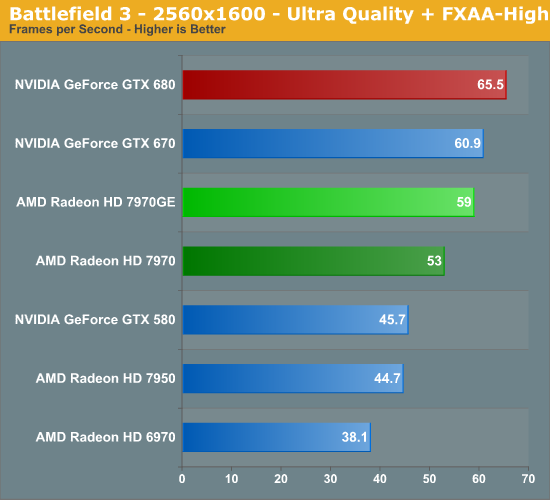 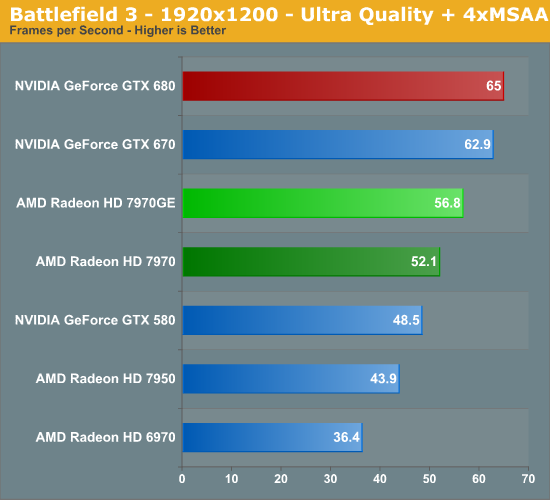 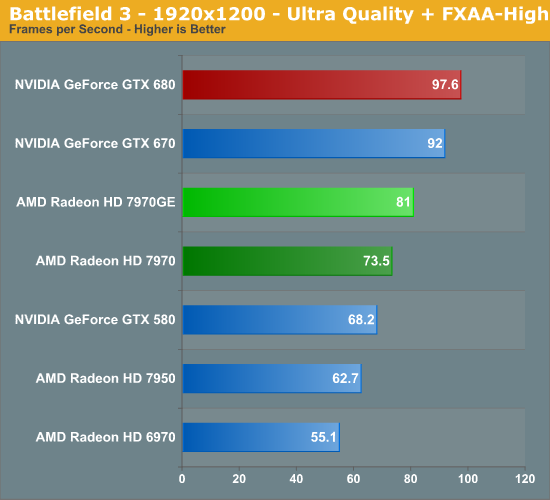 Battlefield 3 continues to be NVIDIA’s ace, but the 7970GE combined with some minor driver performance improvements AMD has eroded that lead some. At 2560 the GTX 680 enjoys a 11% lead over even the 7970GE and even the GTX 670 can overtake the 7970GE, but at the very least AMD is on the threshold of 60fps here. More optimistically they have improved their performance over the 7970 by 11%, which is an above average performance gain for the 7970GE. AMD will likely never close the gap on current hardware but it will be in their best interests to keep it narrow for future Frostbite Engine 2 games.