The King of All Notebook Displays 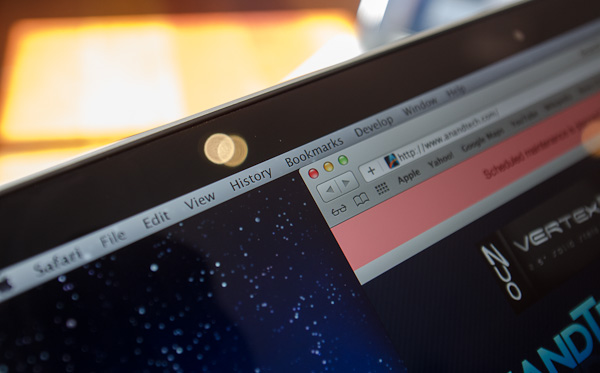 The first is Apple’s removal of its cover glass. LCD panels aren’t particularly attractive, they are ugly squares composed of two pieces of glass and a number of filters/polarizers. To hide the ugly edges, display makers wrap bezels around the display. Most people aren’t fond of bezels so next came a ton of effort to minimize bezel size. An alternative is to simply place a third piece of glass over the entire LCD assembly and make it look as if the bezel and LCD panel are integrated. This outermost layer is known as a cover glass and is what Apple uses on all of its glossy displays. If you’ve ever taken apart a Cinema/Thunderbolt Display or a newer iMac you’ll know that the cover glass is literally just a piece of glass that you have to remove with some suction cups. 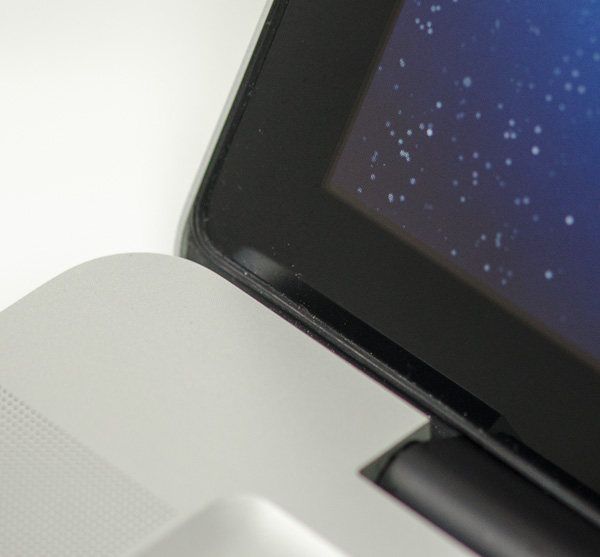 Non-Retina MacBook Pro, notice the gap between the outermost LCD glass and the cover glass

The MacBook Pro’s Retina Display does away with the cover glass and instead uses a fairly unique LCD assembly. There are still two pieces of glass but the outermost glass is actually a different size and shape - it integrates a bezel. By integrating the bezel into the outermost glass in the LCD stack you get the same effect as a cover glass but without the added reflections it introduces.

You also limit the possibility of dust getting trapped between the cover glass and the LCD. The danger is that you no longer have a protective piece of glass in front of your expensive new LCD. If you scratch the display you're scratching the LCD itself. While this has been true for conventional matte displays for a while, it's worth mentioning if you're used to Apple's glossy displays where you did have that added security layer. 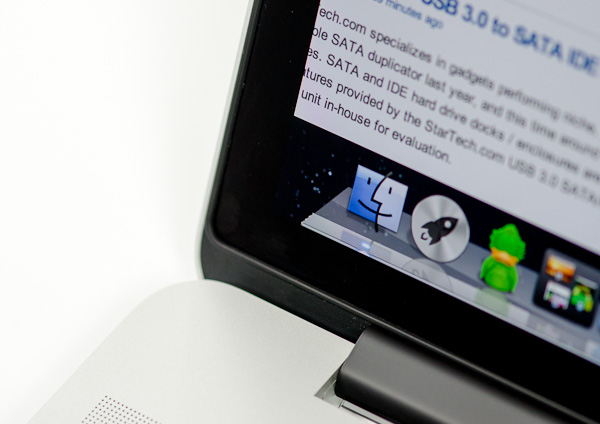 The MacBook Pro with Retina Display, no gap, no cover glass 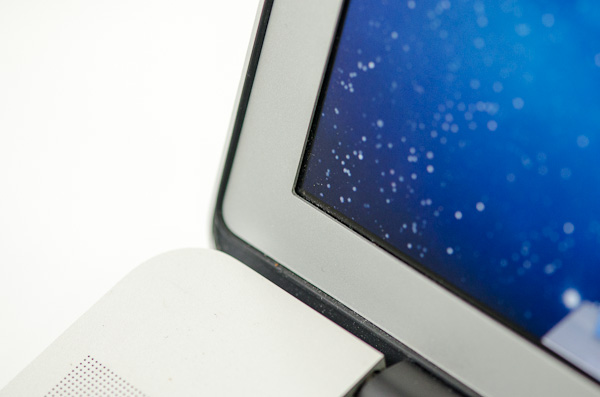 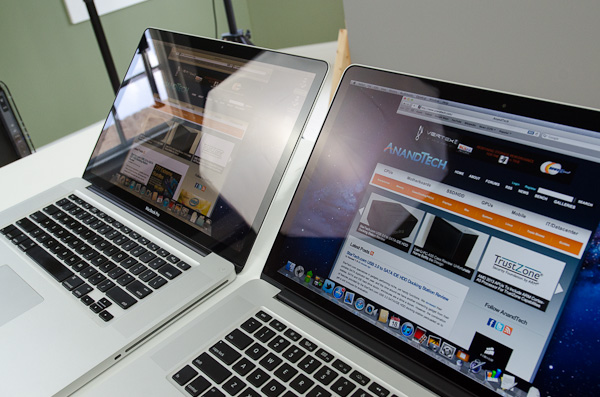 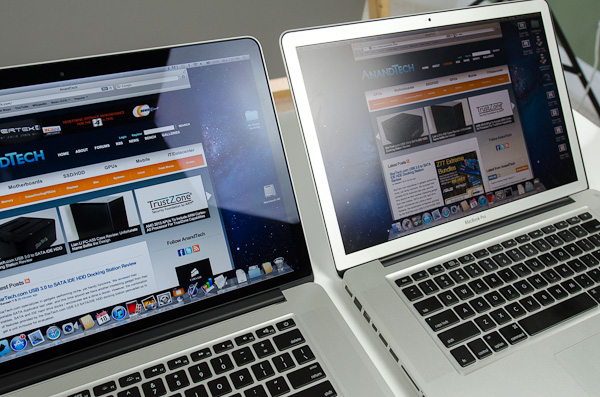 The Retina Display is also obviously an extremely high resolution panel at 2880 x 1800. Note that this is 44.6% more pixels than Apple’s 27-inch Thunderbolt Display, and 26.6% more pixels than the 30-inch panels that we’ve loved for so long - all in a 15.4-inch notebook display. 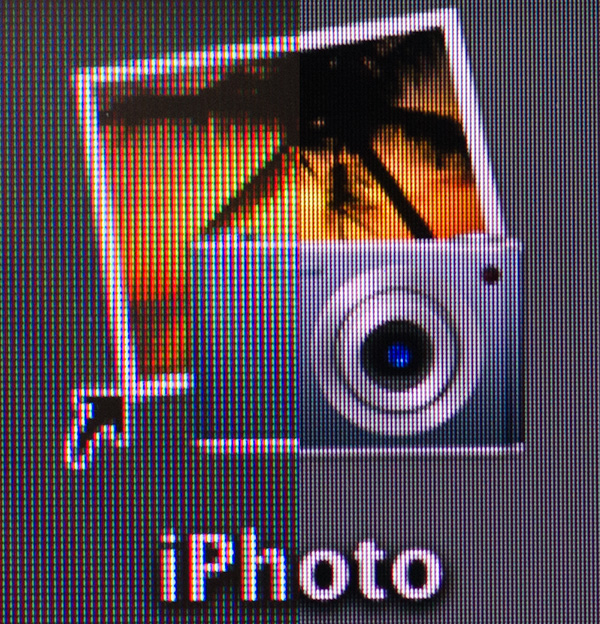 At 220 pixels per inch it’s easily the highest density consumer notebook panel shipping today. At normal viewing distances and even with my face closer than I’m comfortable putting it I simply cannot discern individual pixels. 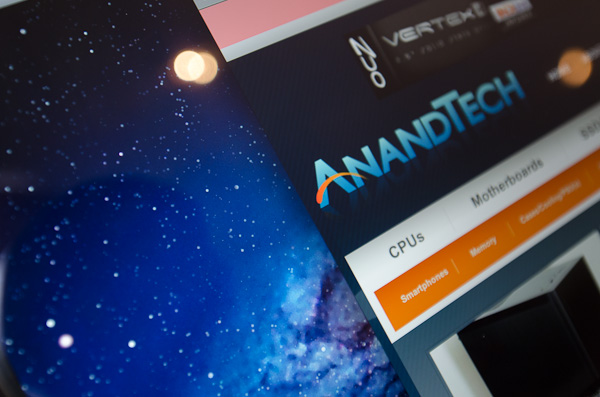 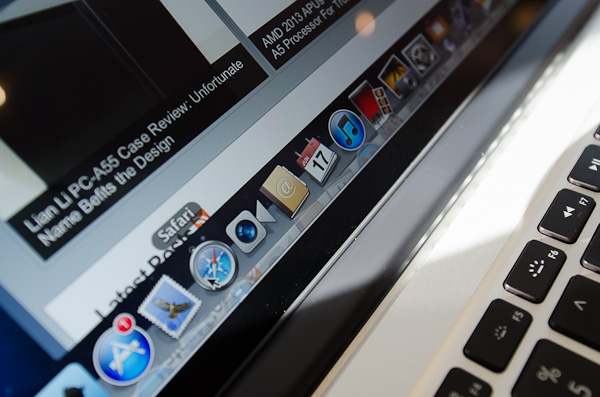 It’s the combination of these two elements, the removal of the cover glass and the insanely high pixel density that makes everything from text to UI elements just look painted on the new Retina Display. And the effect is gorgeous. I’ve never seen a prettier panel and it’s actually ruined me for pretty much all other displays, notebook and desktop.

While I can appreciate the iPad’s Retina Display, the impact from the MacBook Pro’s display is even more significant. Perhaps it’s because I still spend so much time working on a standard, non-tablet display, but I’m far more excited about this display than anything else Apple has delivered under the Retina moniker. 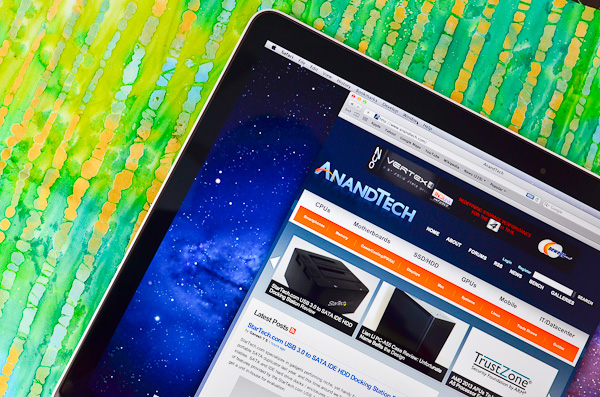 It’s not just pixel density that Apple has to offer here. Similar to its Retina Displays in the iPhone and iPad, the MacBook Pro’s Retina panel ditches TN in favor of IPS technology. The result is an incredible improvement in viewing angles. On a notebook I don’t spend a lot of time viewing it from far left/right angles, although I see the benefit when I’ve got others huddled around my display. Here the panel performs admirably - you lose brightness at far left/right angles but there’s no perceivable color shift. In fact, the painted on effect is even more impressive at these far left/right viewing angles. 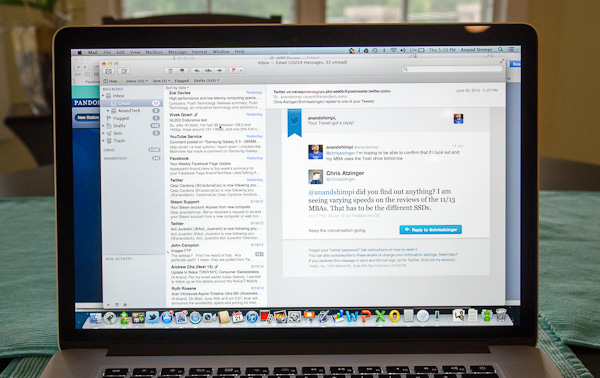 The rMBP straight on 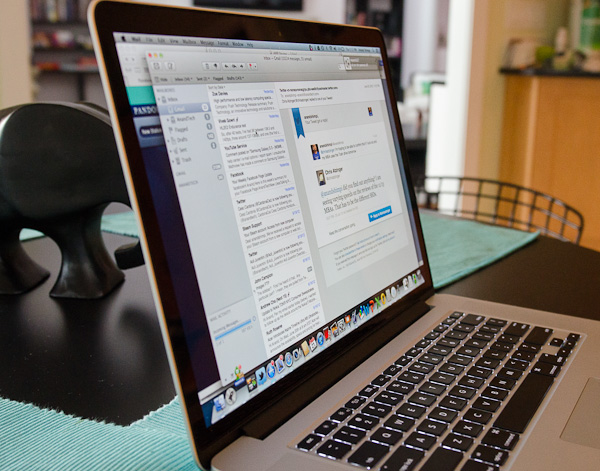 The rMBP viewed from the left

For a single user however the more impressive characteristic is just how good the display looks at vertically off-center angles. I wrote much of the initial parts of this review while on an airplane in coach, which with a 15-inch notebook on my lap means I’m going to be looking at the display at a weird angle to begin with. The thinner rMBP doesn’t do enough to make the airplane usage model any better if the person in front of you decides to recline, but the IPS panel does make the display perfectly usable at the off-center angle you’ll inevitably have to deal with.