We’ve already established that NVIDIA’s Kepler architecture is fast, but the GeForce GT 650M used in the rMBP is hardly the best NVIDIA has to offer. The result however is a significant improvement in performance over the Radeon HD 6750M used in the previous generation model.

The GT 650M offers fewer “cores” compared to the 6750M and 6770M used in previous MacBook Pros, but likely better utilization of the available hardware. NVIDIA also clocks the cores much higher in the 650M, the result is a ~20% increase in theoretical raw compute power. 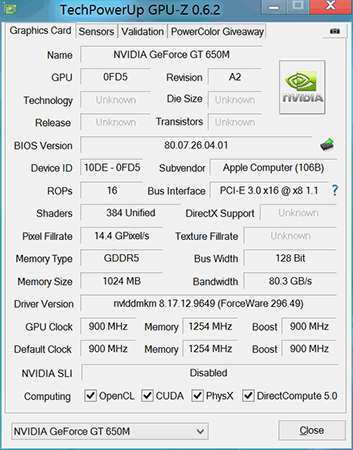 The memory bandwidth story is also better on Kepler. While both the GT 650M and the 67xxM feature a 128-bit GDDR5 interface, Apple clocked AMD’s memory interface at 800MHz compared to 1254MHz on Kepler. The resulting difference is 80.3GB/s of memory bandwidth vs. 51.2GB/s.

The real world impact is most noticeable at higher resolutions, thanks to the tremendous amount of memory bandwidth now available. The other benefit from the new GPU is obviously things run a lot cooler, which as I’ve already shown to considerably reduce thermal throttling under load. 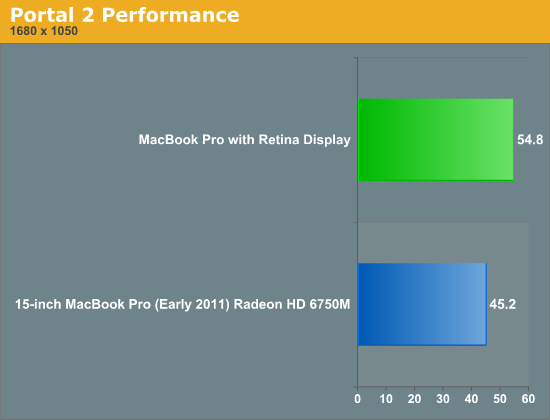 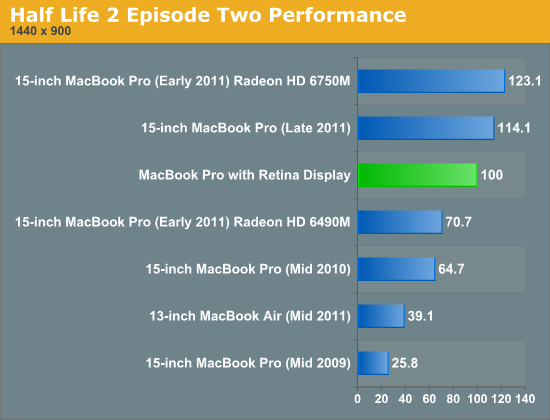 At 1440 x 900 we actually see a regression compared to the 2011 models, but differences in the AMD and NVIDIA GPU drivers alone can account for the difference at this hardly GPU bound setting. Look at what happens once we crank up the resolution: 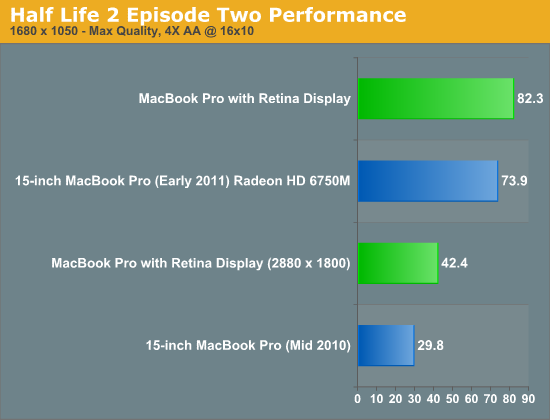 At 1680 x 1050 with 4X AA enabled we see a modest 11% increase in performance over last year's MacBook Pro. As I established earlier however, the rMBP will be able to more consistently deliver this performance over an extended period of time.

While the gains we've shown thus far have been modest at best, Starcraft 2 is a completely different story. Here for whatever reason the IVB + Kepler combination can be up to 2x the speed of last year’s models. I reran the tests both on the older and rMBP hardware to confirm, but the results were repeatable. The best explanation I have is Starcraft 2 is very stressful on both the CPU and GPU, so we could be seeing some thermal throttling on the older SNB + Turks hardware here. 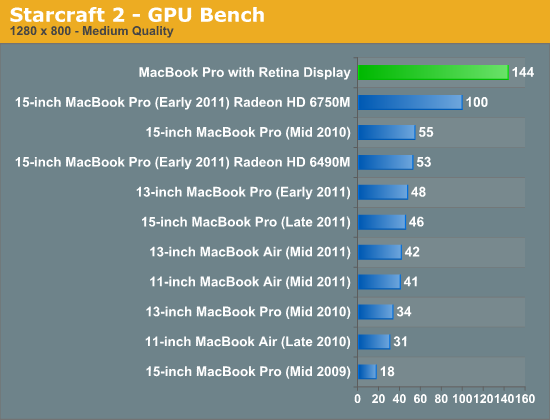 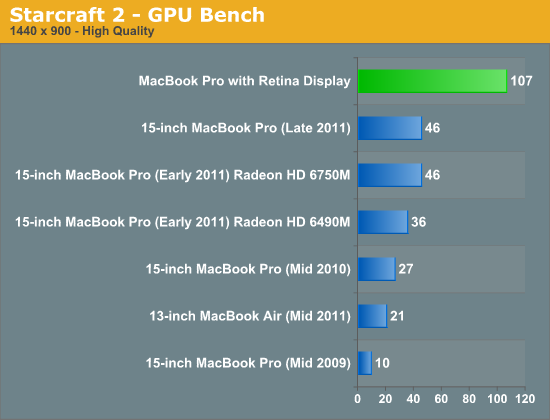 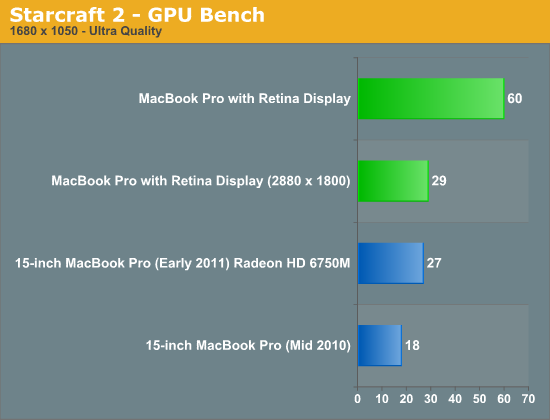 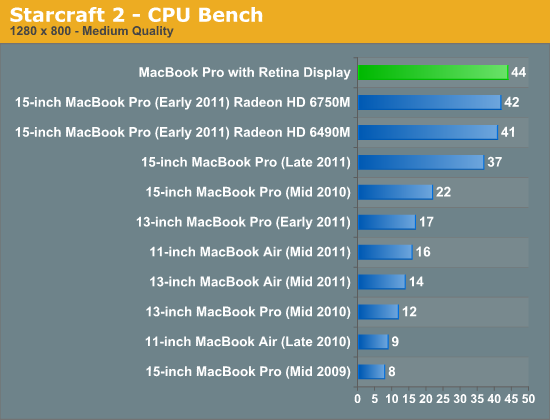 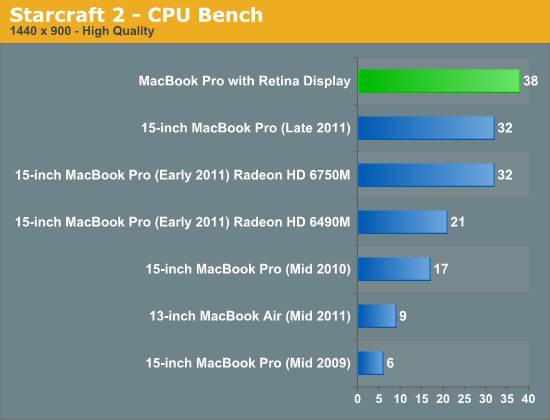 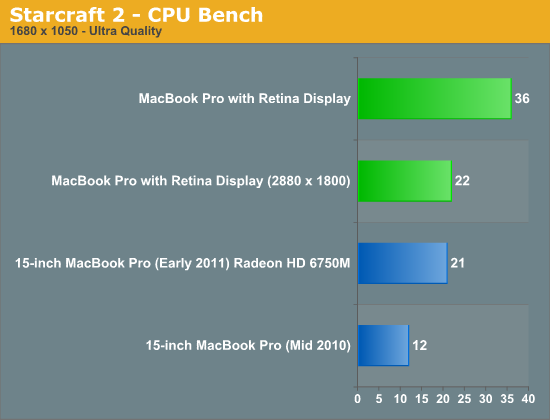 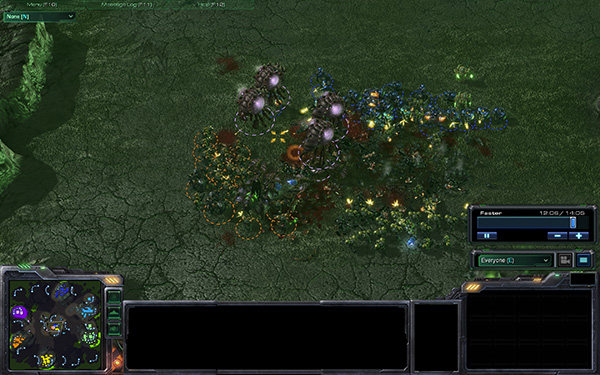 Although gaming options continue to be limited under OS X, Diablo 3 is available and finally performs well on the platform thanks to the latest patches. Diablo 3 performance is appreciably better on the GT 650M compared to last year’s 6750M. There’s no FRAPS equivalent under OS X (free advertising to the first eager dev to correct that) so I have to rely on general discussion of performance here. The GT 650M is fast enough to drive the rMBP’s 2880 x 1800 panel at native resolution at playable frame rates, around 18 fps on average. Connected to an external 2560 x 1440 display however the GT 650M is fast enough to deliver around 30 fps in Diablo 3. For what it’s worth, performance under Diablo 3 is far more consistent with the rMBP than with last year’s MacBook Pro. I suspect once again we’re seeing the effects of thermal throttling under heavy CPU/GPU load that has been well mitigated by the move to more power efficient silicon. 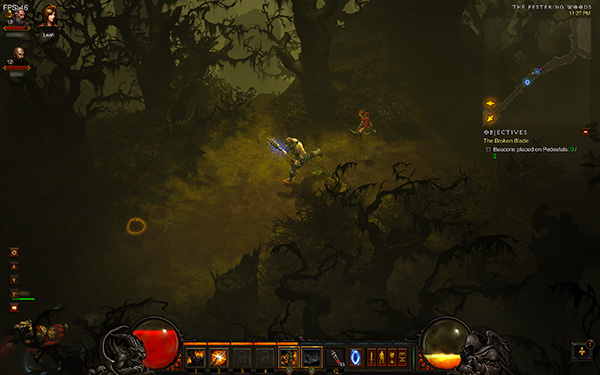