Given the massive 4.75GHz overclock on the Intel Core i7-3820, the SF-2200-based SSDs in RAID 0, and the NVIDIA GeForce GTX 680, it's probably reasonable to assume our Futuremark testing is going to skew heavily in the V3 Avenger's favor. Keep in mind that these are synthetics, however, and PCMark has a habit of substantially inflating scores on fast storage subsystems. 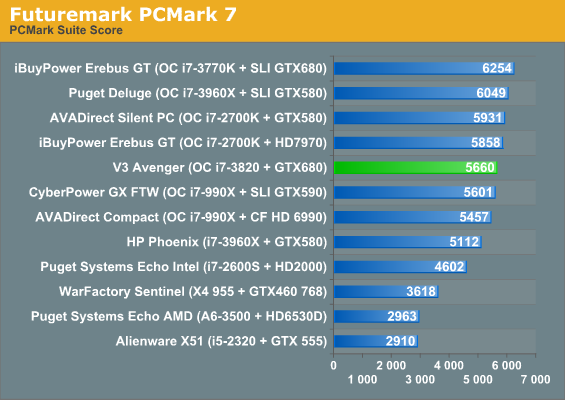 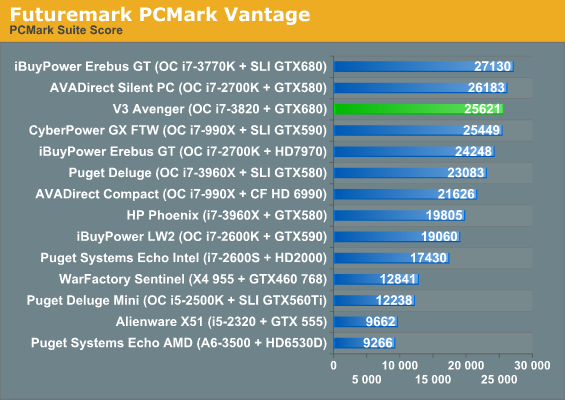 Interestingly, the combined read speeds of the two Corsair Force GT SSDs don't give the V3 Avenger as big of an edge as we'd expect. It seems as though you're still better off running a single large SSD rather than striping two together, which is for the most part in line with what I expected. 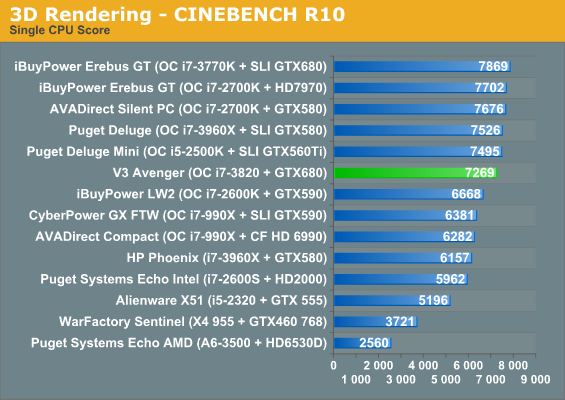 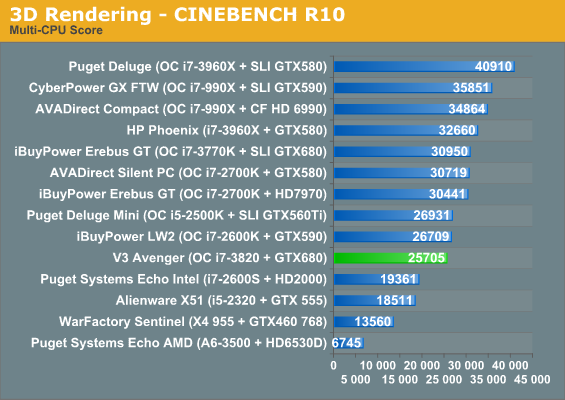 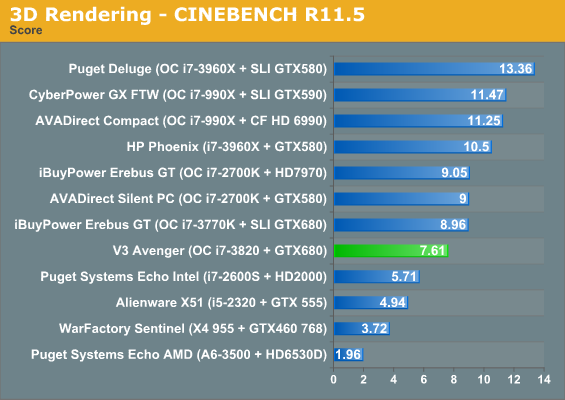 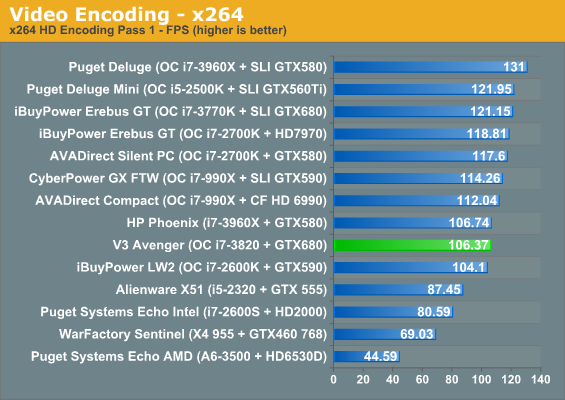 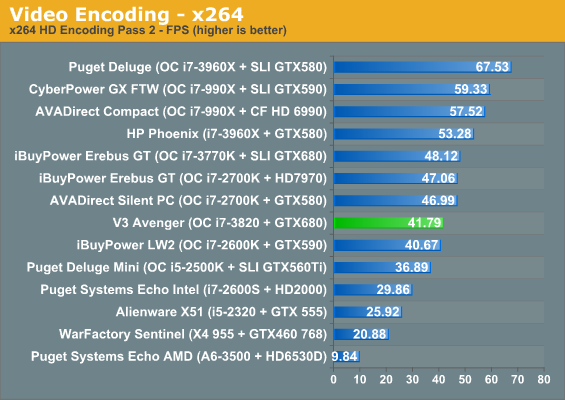 Perhaps more interestingly, the beefy i7-3820 has trouble competing with similarly clocked Sandy Bridge processors, and even Intel's first generation hex-cores continue to walk away from the quads in benchmarks that can take advantage of the extra threads. 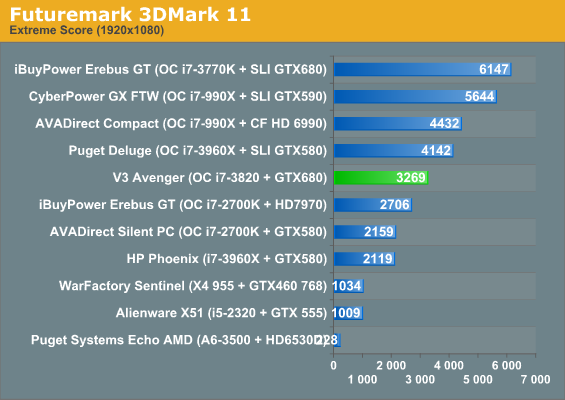 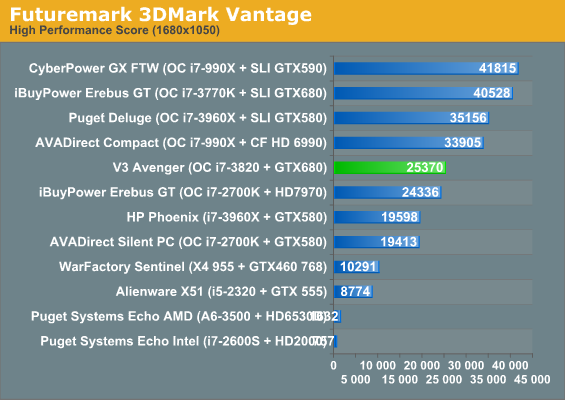 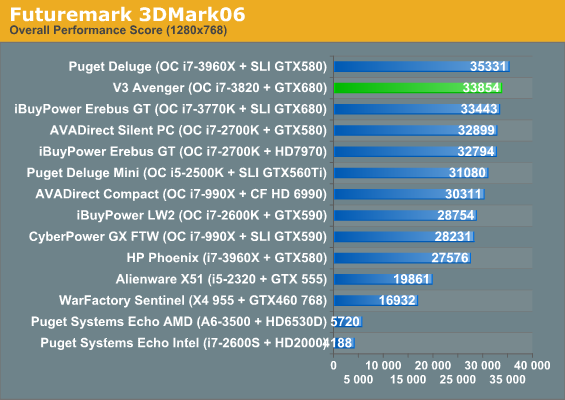 The situation gets a bit rosier in the 3DMarks, where the GeForce GTX 680 can stretch its legs. It only falls behind systems with more than one GPU, as it should.