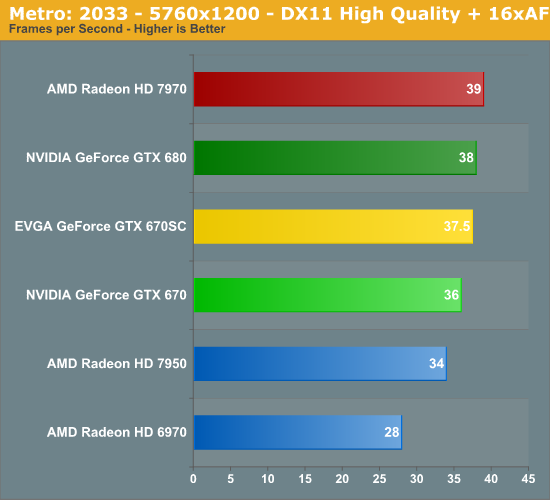 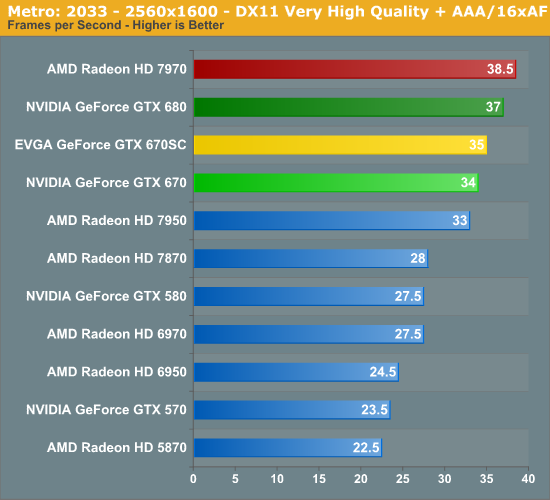 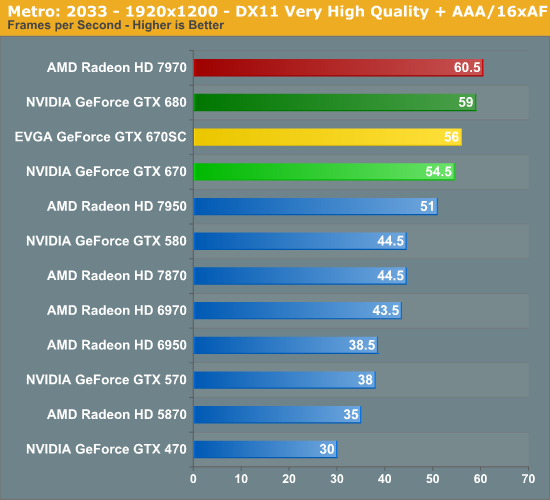 With our second game the GTX 670 already begins to dig itself out of its hole from Crysis. Like the GTX 680 it doesn’t do particularly well here compared to AMD’s best, but it’s enough for a very slight lead on the 7950. At the same time however the GTX 670 falls farther behind the GTX 680, hitting an 8% gap at 2560.