What does a user want from a motherboard?  The holy grail of motherboard questions without one distinct, definitive answer.  If one user wants a certain feature, another user will not want it nor will they want it on the product as it could introduce cost.  So when a motherboard manufacturer draws up a list of future products, what determines which products they sell?  Cost? Market research? Previous experience?

From my perspective, we need a motherboard that works out of the box.  Suffice to say, the Gigabyte Z77X-UD3H does work out of the box, as long as you are not using G.Skill memory on the F2 BIOS.  Upgrade to the F7 BIOS, and we have a board that hits the price bracket at around $160.  For $160, we get a full set of video outputs, an mSATA port, a TPM header, power/reset buttons (with debug LED), dual graphics card support, and a rather different combination of audio/NIC compared to other products. 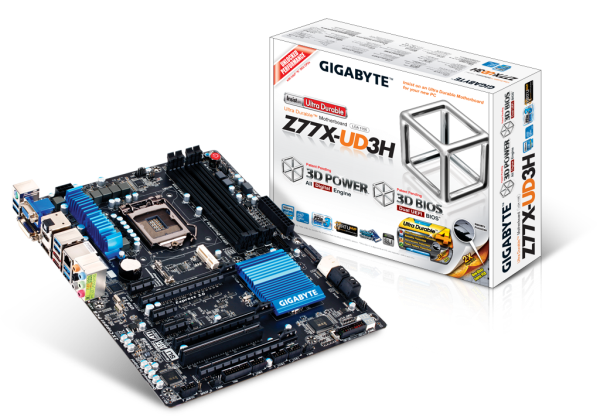 Nevertheless, the board performs well in our testing suite, and is especially the best in terms of minimal voltage ripple to our CPU.

The MSI Z77A-GD65 will be MSI's number two board, behind the supposedly Thunderbolt equipped Z77A-GD80 released later this year, and the GD65 is currently retailing for $190, between the Gigabyte and the ASUS.  For the price we lose PCI and mSATA over the Gigabyte, but gain SATA, an Intel NIC, a clear CMOS button on the IO panel, and arguably easier to use software and BIOS implementations (from this reviewers standpoint).

From a performance perspective, to get into the upper ranges of the other motherboards in this review, it is advised that users enable OC Genie to get a 200 MHz frequency bump when all cores are fully loaded.  This would help with strenuous multithreaded workloads.  In comparison, for rigorous overclocks, manual adjustment is required.

The MSI Z77A-GD65 is an easy to use product that has all the video outputs.  As a kicker, it uses the lowest voltage at load than any other motherboard.