The data in the charts below is from our original 3770K preview, however I've also provided a table comparing the 3770K to the 2700K using Intel's own Z77 motherboard which is a bit more power hungry than our typical testbed:

As you can see, there are no savings at idle and a reasonably significant improvement under load.

The same is echoed on our earlier chip in a more power efficient platform: 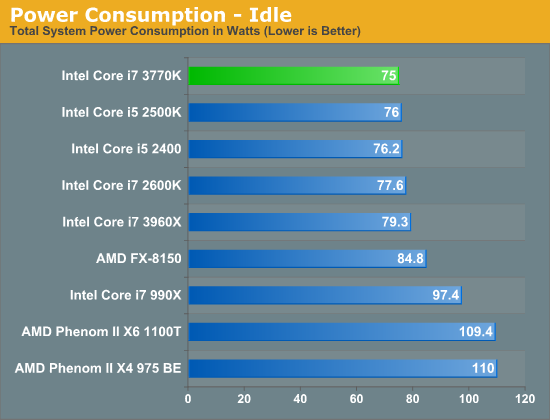 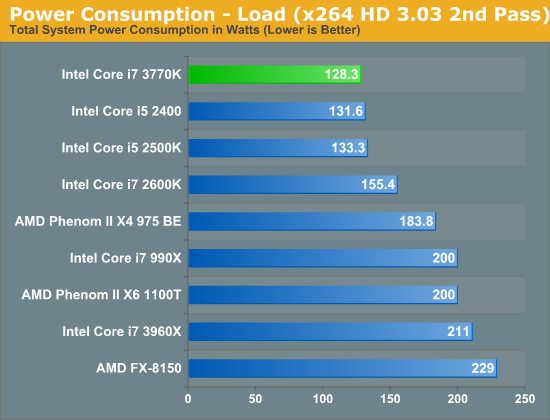 I was also curious to see what power consumption would look like compared to other low-end GPUs. For these next results I used the 3770K alone, without a discrete card and measured power consumption. I then added in discrete GPUs from our HD 4000 comparisons and looked at both idle and load power while playing Metro 2033: 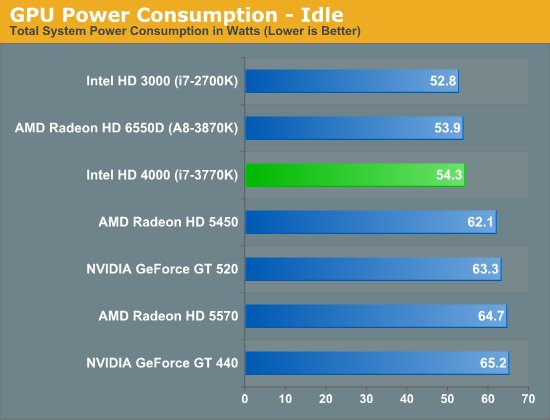 Obviously at idle it's impossible to beat the HD 4000, the GPU is largely stopped/gated when idle keeping power consumption to a minimum. Under load is where things get interesting: 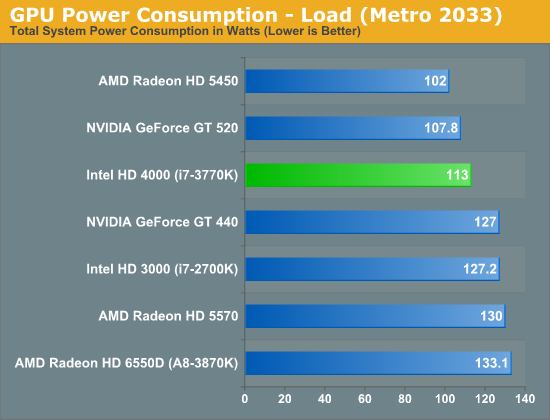 Ivy's GPU is much more power efficient than SNB's, however Intel still has a way to go before it starts to equal the power efficiency of modern discrete GPU architectures. Remember the HD 4000 is on Intel's 22nm process here while the GT 440 is built on TSMC's 40nm process.