We'll start out by looking at average data rate throughout our heavy workload test: 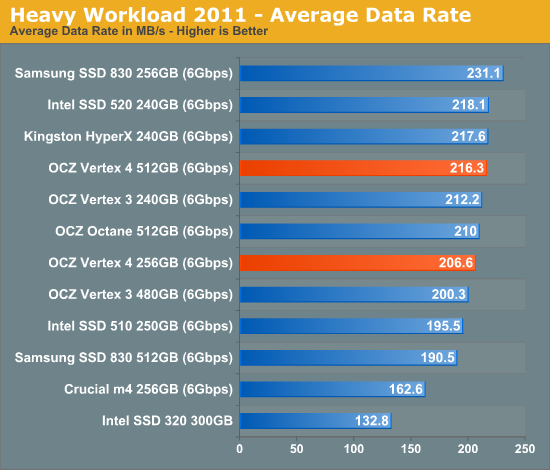 The overall score here is in-line with the SF-2281 solutions and OCZ's Octane. Our heavy workload is fairly write intensive, so I honestly expected the Vertex 4 to top the charts. Looking at the read/write breakdown explains why though: 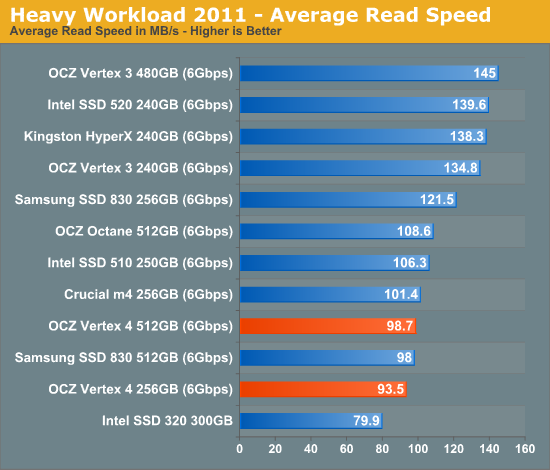 Here we see the Vertex 4's poor low queue-depth sequential read performance rearing its head once more. Look at the sequential write speed and you'll see where OCZ makes up for its shortcomings however. The Vertex 4 writes quicker than any drive we've tested. 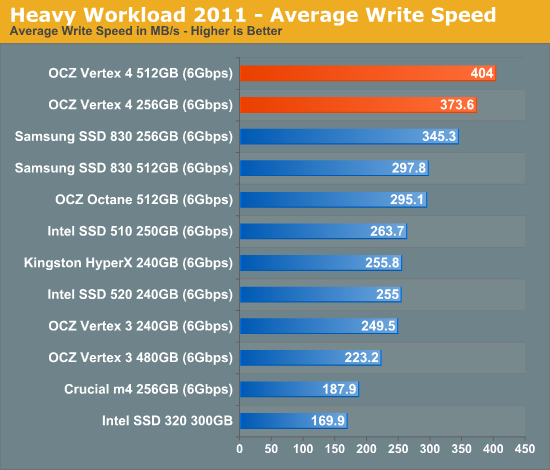 It's a tough tradeoff to come to terms with. The Vertex 4 delivers performance when it matters the most, but typically you want the absolute best performance regardless of workload. All of this may become moot if OCZ is able to address the situation with a firmware update in the coming weeks like it promised, but for buyers today it is something you have to think about. 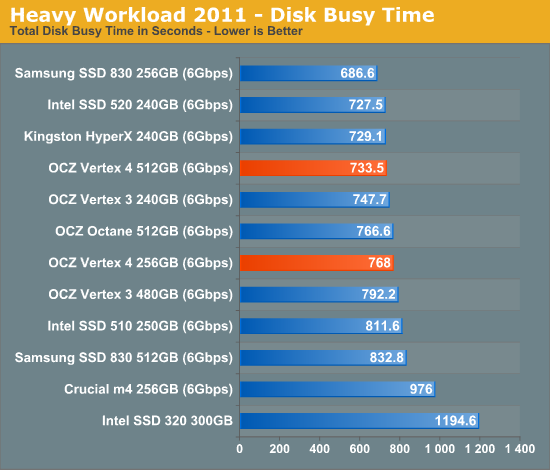 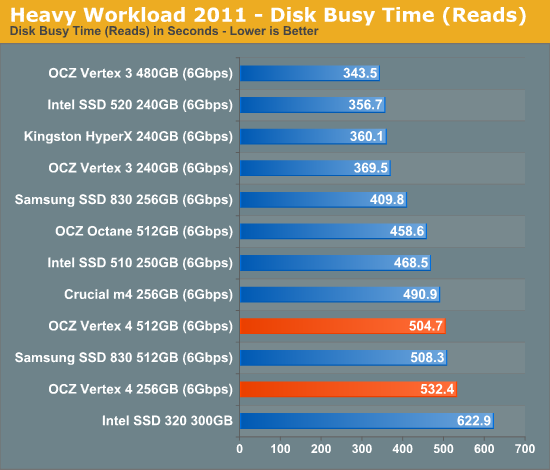 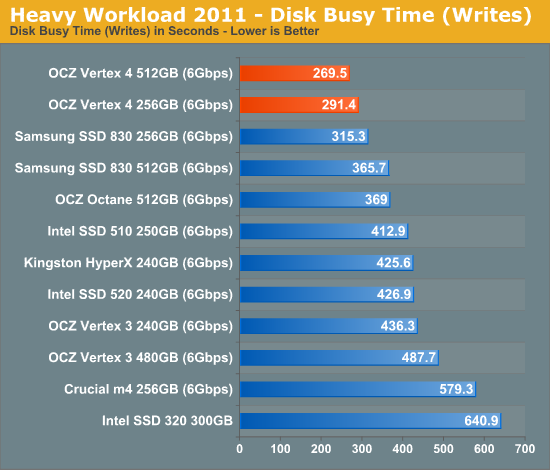