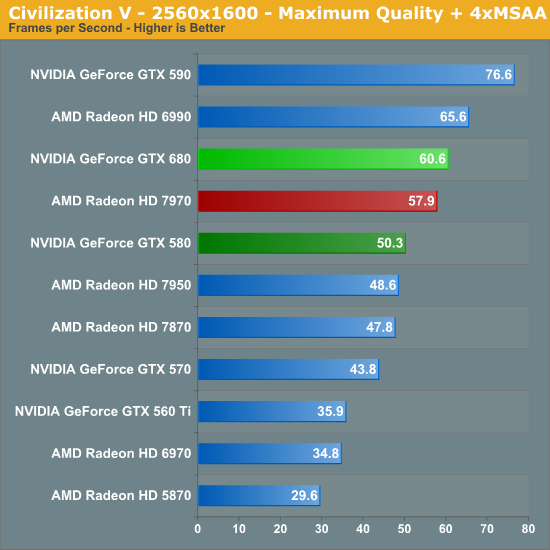 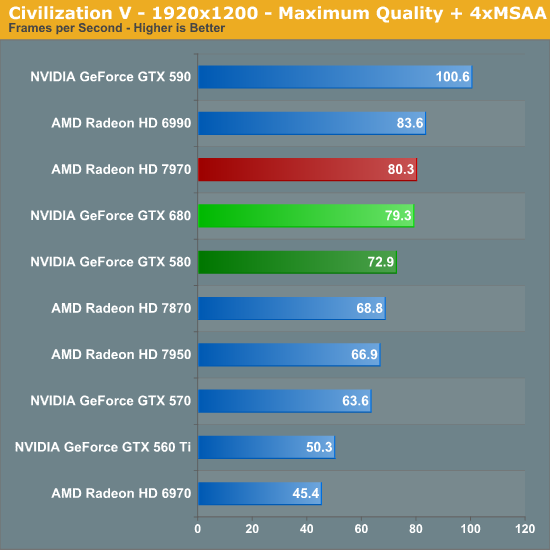 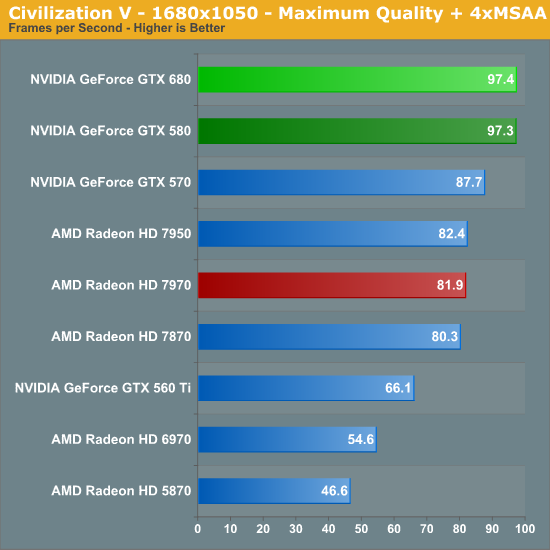 Remember when NVIDIA used to sweep AMD in Civ V? Times have certainly changed in the last year, that’s for sure. It only seems appropriate that we’re ending on what’s largely a tie. At 2560 the GTX 680 does have a 4% lead over the 7970, however the 7970 reclaims it’s lead at the last possible moment at 1920. At this point we’ve seen the full spectrum of results, from the GTX 680 losing badly to winning handily, and everything in between.