Even with the inclusion of GLBenchmark data, we're still arguing over theoretical advantages. Any 3D game developed for Android or iOS is going to target 30 or 60 fps and try its best to stay there. Similar to a console, on an Android or iOS tablet there's no disabling vsync and there's (almost) no tinkering with image quality settings to impact performance. The trick on Android is really ensuring that experience across all available SoCs, but if we cull the list down to the best of the best—chances are you'll have a good experience on both sides of the fence.

NVIDIA's Tegra 3 is at the heart of our current favorite in the Android tablet space: ASUS' Transformer Prime. There also happen to be some games that are available on both Android and iOS. Take Modern Combat 3, available on both iOS and Android—do we see the same ~2x performance advantage from Egypt in this title compared to ASUS' TF Prime?

NVIDIA makes two counter arguments against Apple's claim that the A5X delivers superior gaming performance. The first is that despite any theoretical performance advantages the A5X may hold, they don't manifest in games today. The second NVIDIA argument is that via Tegra Zone, Android titles can look better than their iOS counterpart. Both of these are potentially valid claims, but let's test them.

Shadowgun is an NVIDIA favorite. It's a first person shooter that's available via NVIDIA's Tegra Zone app. The Tegra specific version offers support for gamepads and stereoscopic 3D with enhanced graphics specifically for Tegra 2 and Tegra 3. It works for our little experiment here because it's also available on iOS.

Shadowgun also ends up being a great example of what the Android/iOS divide looks like for many Tegra Zone games. This particular title appears to still render at 1024 x 768 on the new iPad, we simply get an upscaled image rather than a higher resolution. In turn it means we get more aliasing and a less sharp image compared to what we get on ASUS' Transformer Prime, where the game runs at 1280 x 800. 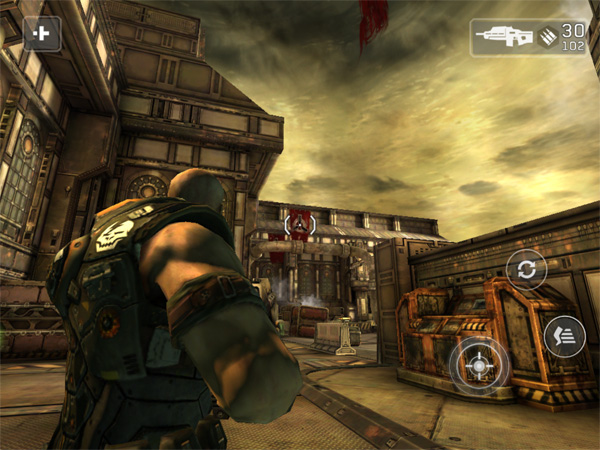 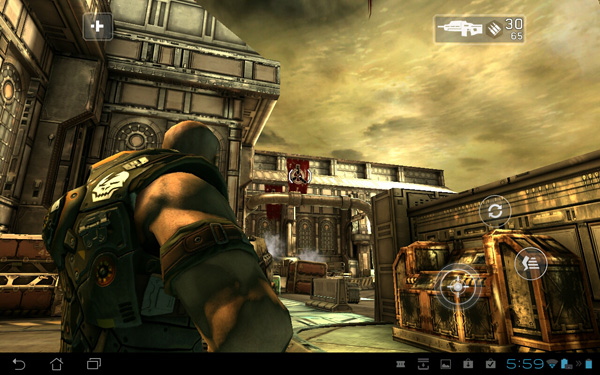 Apple's A5X delivers an extremely smooth frame rate in Shadowgun. Although there's no built in timedemo, frame counter or benchmark functionality, the game runs subjectively smoother on iOS compared to on the TF Prime running Ice Cream Sandwich. Although the frame rate is higher on the iPad, I wouldn't consider it unacceptably low on the TF Prime—both are definitely playable.

Where the Tegra Zone version of the game has an advantage is in its visuals. The NVIDIA enhanced version uses higher resolution textures and features what appears to be CPU accelerated cloth physics in objects that simply don't exist in the iOS version. Some scenes also include other additional details (e.g. water on the floor) that aren't present in the iOS version. None of these additions fundamentally change the gameplay at all, but they do make for a better looking game.

Is it physically possible to have the same experience on iOS? Quite possibly. What we're seeing here is a mobile representation of what NVIDIA has done in the PC industry for years. By lending its support to smaller Android developers, their games are made prettier on NVIDIA hardware, and in turn NVIDIA helps promote those games via Tegra Zone and other channels. Obviously Apple could do the same, but thus far it hasn't needed to. Apple instead prefers giving its partners what someone very smart once referred to as most favored nation status. As a MFN, these game developers get additional exposure in the app store and elsewhere in Apple's promotions. It's very similar to what NVIDIA is doing, except on a much larger scale and without the iOS specific visual enhancements.

The comparison becomes even more complicated when you take into account the iPad's Retina Display looks better than the panel on the TF Prime. It's not really the higher resolution but rather the improved color reproduction on the iPad.

Riptide GP is another example of a Tegra Zone title available on both iOS and Android, although here the Tegra optimizations are less impressive while the Retina Display's advantages are more pronounced. There's no perceivable difference in frame rate here either, making it a much closer call: 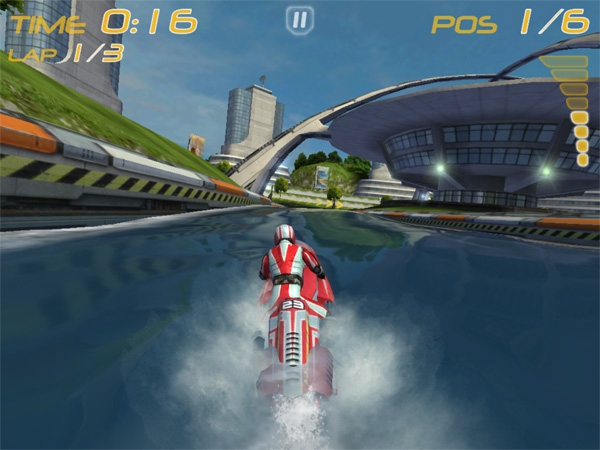 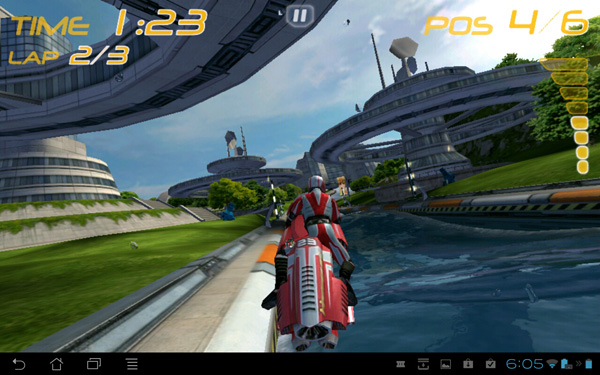 Grand Theft Auto 3 was recently ported to both Android and iOS, and with this title we find ourselves in a unique position: the Android version offers customizable visual quality. The iPad version of the title renders at 1024 x 768 regardless of hardware generation and performance is understandably smooth. Visual quality is configurable, only on the Android version, with draw distance, screen resolution and effects quality vectors: 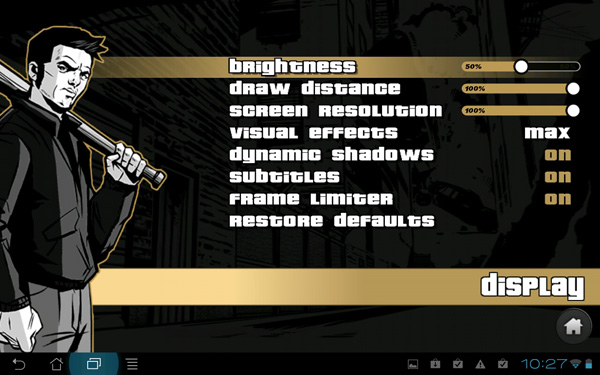 These sliders/options have different defaults depending on what SoC they are running on. The Transformer Prime is capable of running GTA3 at the highest quality settings with a tangible but livable drop in frame rate. The end result is a significantly better looking game on Android, although to be honest it's something that you really only notice if you are doing a side by side comparison. If all you have is an iPad or TF Prime, you'd likely just grow used to whatever platform you had. 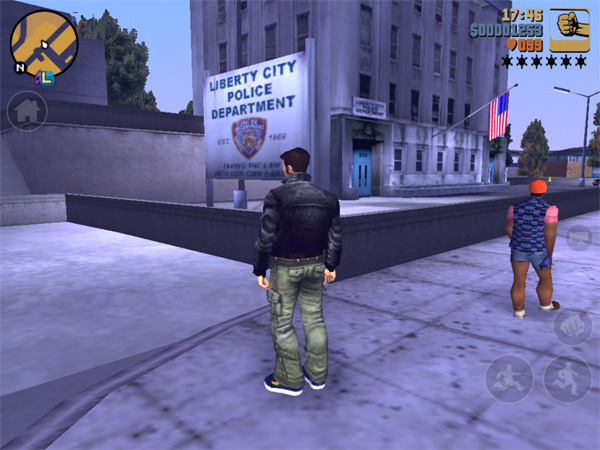 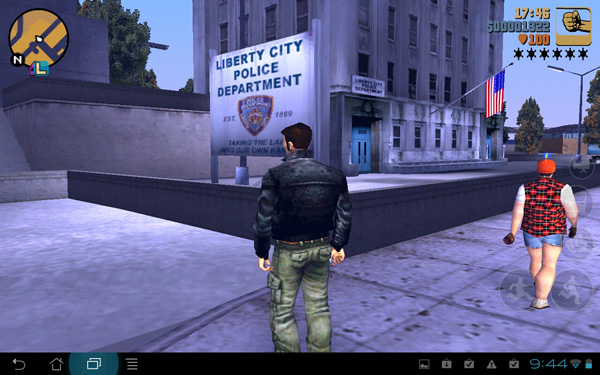 The TF Prime experience doesn't map as well to other tablets unfortunately. While playing GTA 3 on a Xyboard 10.1 (OMAP 4430) even at its default settings of 50% draw distance, 60% resolution and low effects quality, there's unusual stuttering during gameplay. The frame rate is otherwise smooth, but the periods of stutter significantly impact the overall experience.

Unfortunately the Android vs. iOS gaming comparison isn't always this easy. While some apps won't run on older Apple hardware, there are only three generations of iPad to worry about. Furthermore, within a single generation there aren't multiple performance levels to worry about as Apple only offers a single SoC. By comparison, there's a far larger selection of Android devices. Simply having the latest and greatest hardware isn't a guarantee that you'll be able to play every game in the Google Play store. Take Modern Combat 3 for example. Modern Combat 3 is a Call of Duty clone available on both iOS and Android. The game won't install on an ASUS Transformer Prime or a Motorola Xyboard 10.1: 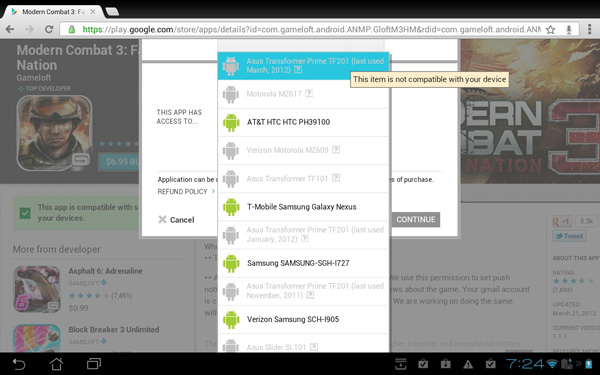 The Play store keeps track of all of the devices I've used with my Google account and the compatibility list doesn't look good. Obviously this isn't Google's fault directly as the responsibility falls upon the game developer to ensure broad platform compatibility, but it is a problem for anyone who purchases a flagship Android device like the Transformer Prime. Either Google has to enforce compatibility across all of its devices or it needs to at least force developers to support a single, flagship platform. Perhaps one reason I'm seeing this today is because there is no Nexus tablet yet. If that's the route Google is going to count on, the first iteration of any major platform needs to be a Nexus device. In other words, the Transformer Prime should have been a Nexus to begin with.