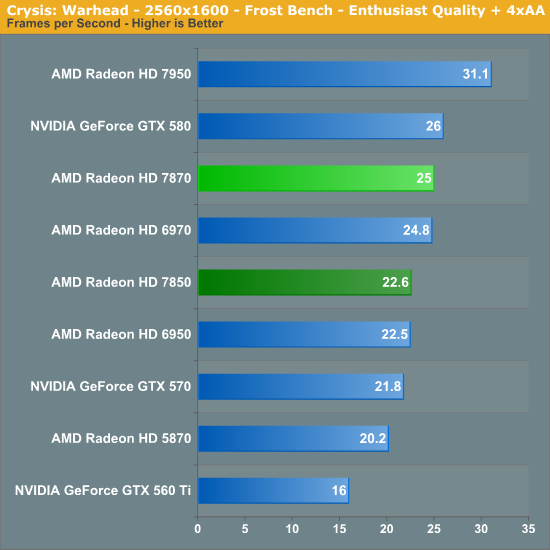 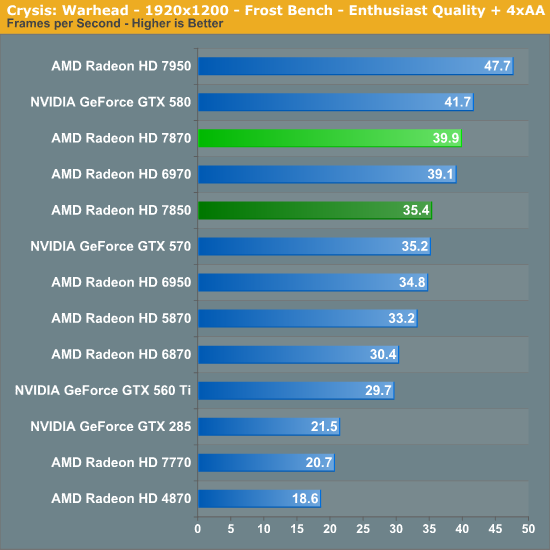 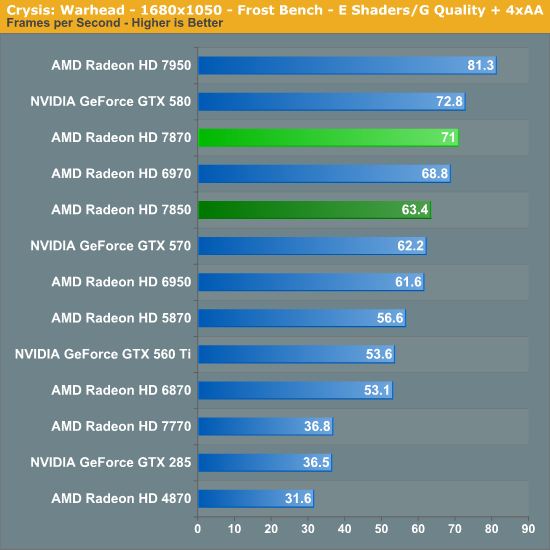 As we’ll see throughout today’s benchmarks, Crysis ends up being a good proxy for the 7800 series’ performance, especially compared to the outgoing 6900 series. Ahead of the Southern Islands launch there was some doubt that AMD could deliver 6900 series performance with the 7800 series, and this doubt increased after the 7700 series underperformed the 6800 series. Results like what we're seeing with Crysis should make it clear that the 7800 series is more than a competitor for the 6900 series, with both the 7870 and 7850 equaling or beating the 6970 and 6950 respectively in almost all tests. 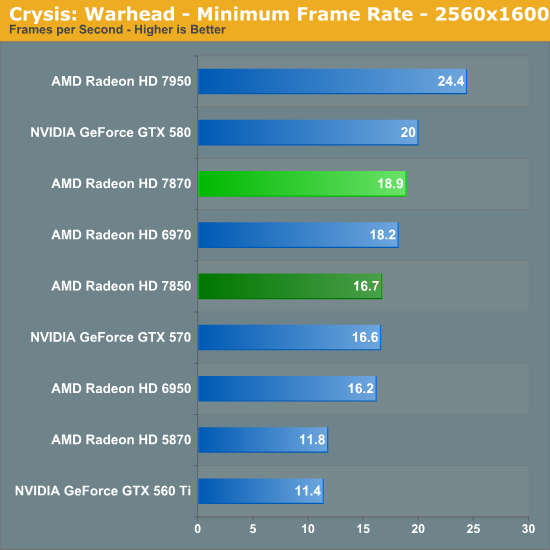 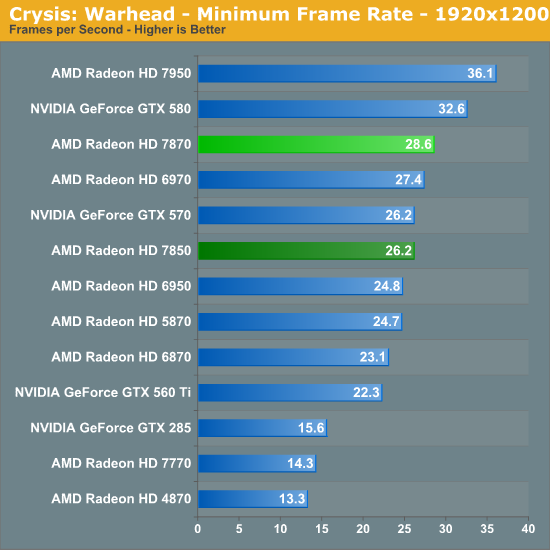 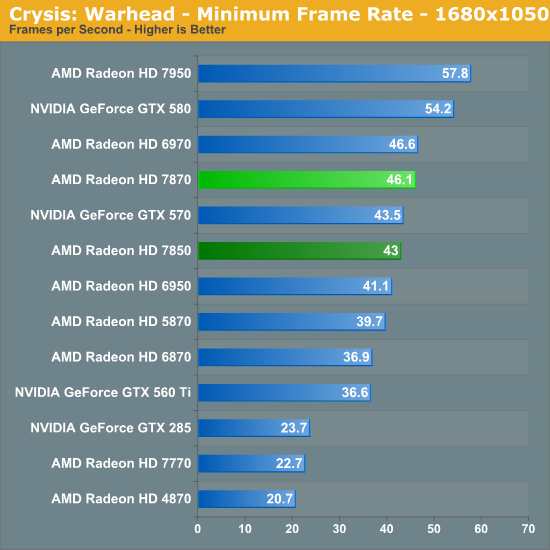 When it comes to minimum framerates in Crysis the relative rankings are nearly identical. The 7800 series extends their lead over the 6900 series by a slight degree, while the lead over NVIDIA’s cards shrinks slightly.