All things considered among our tests we have everything from even the 7850OC beating the GTX 580, to the GTX 580 still holding onto its lead versus the 7870OC. But even if you can’t beat a GTX 580 with a 7870OC you can get very close on a card that costs a good bit less. 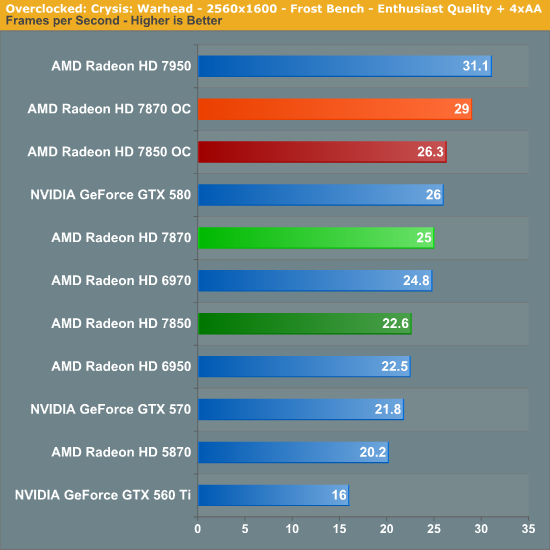 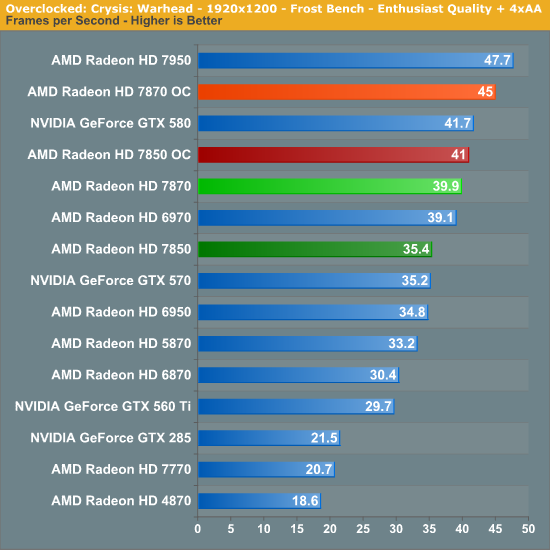 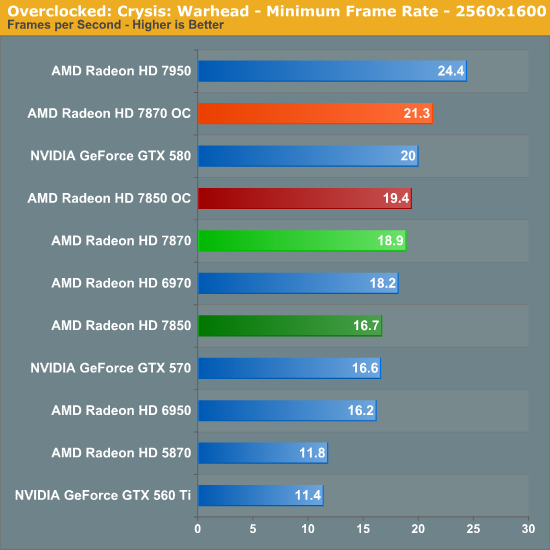 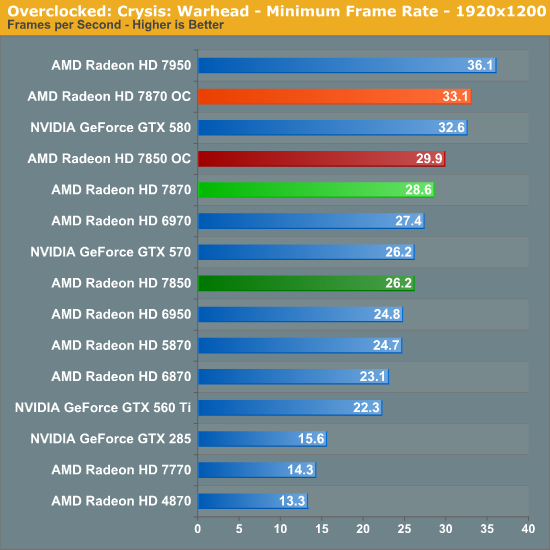 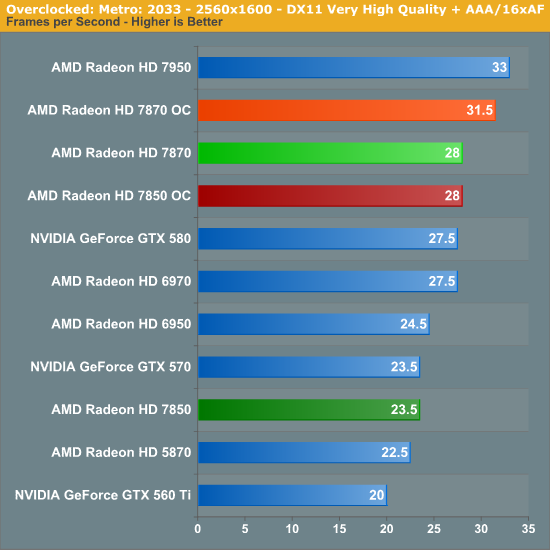 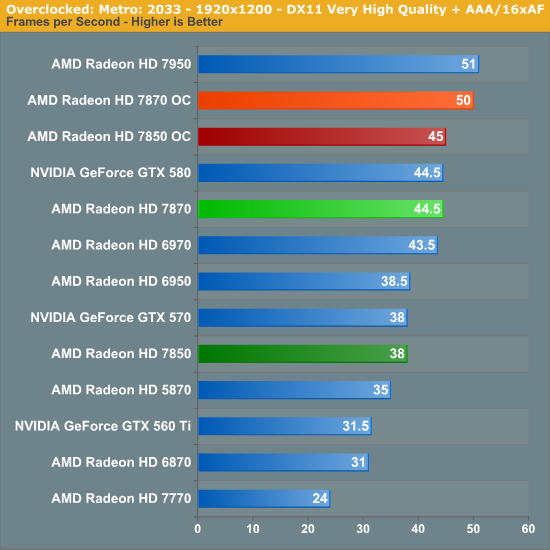 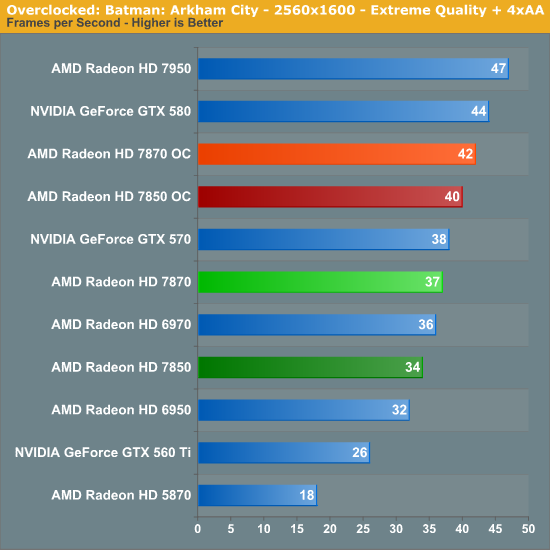 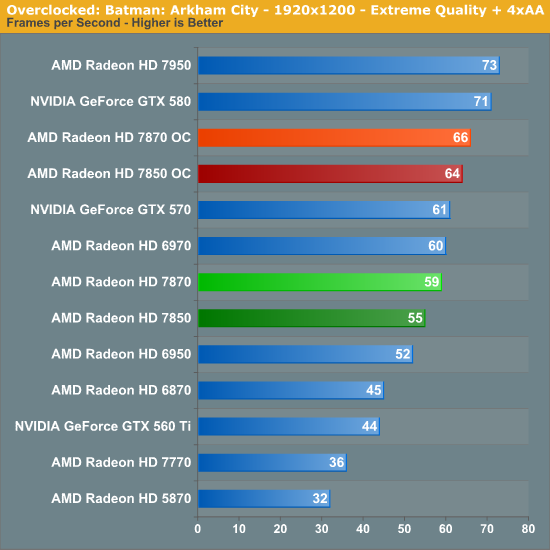 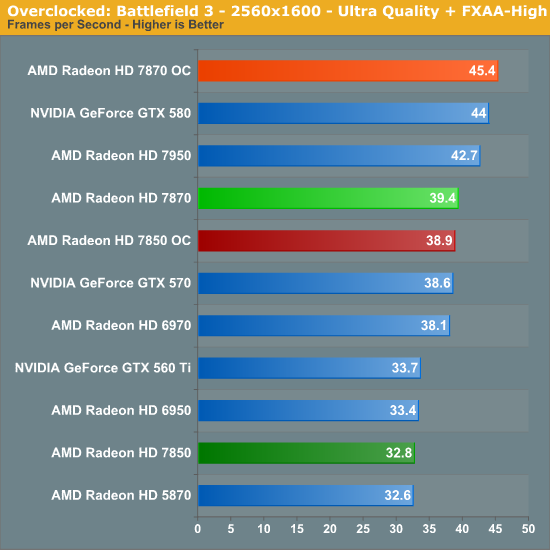 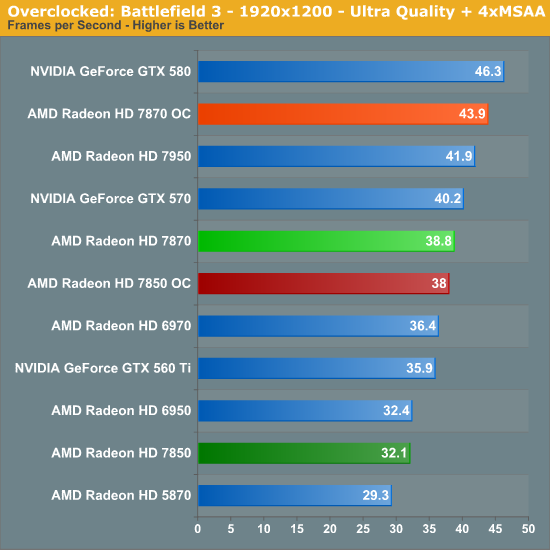 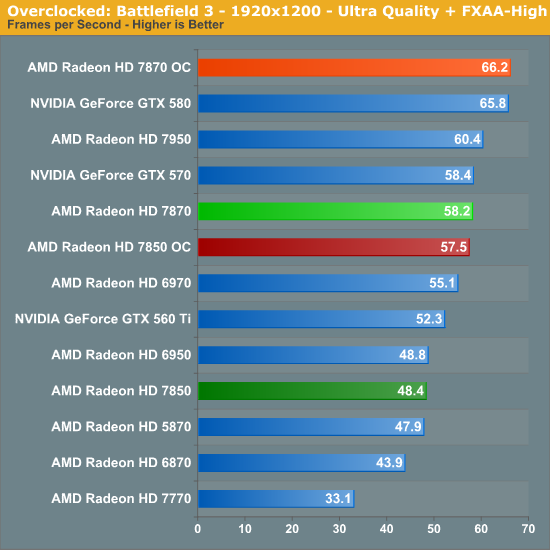 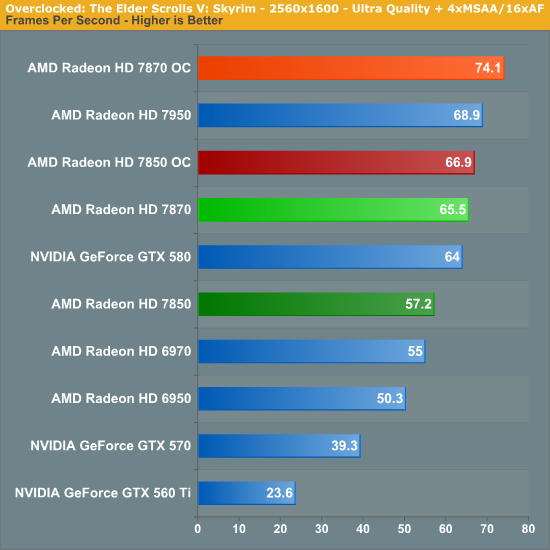 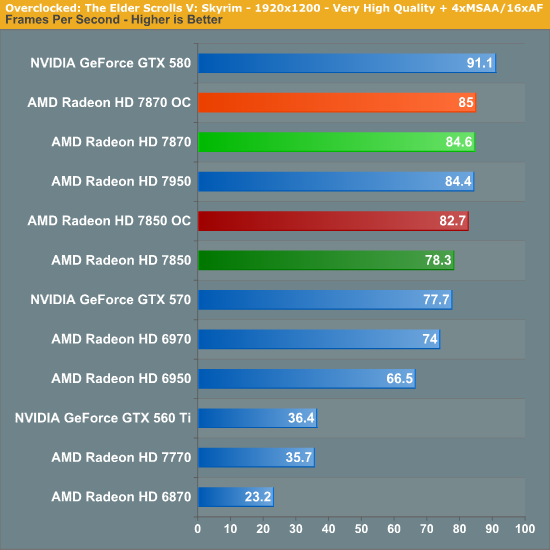 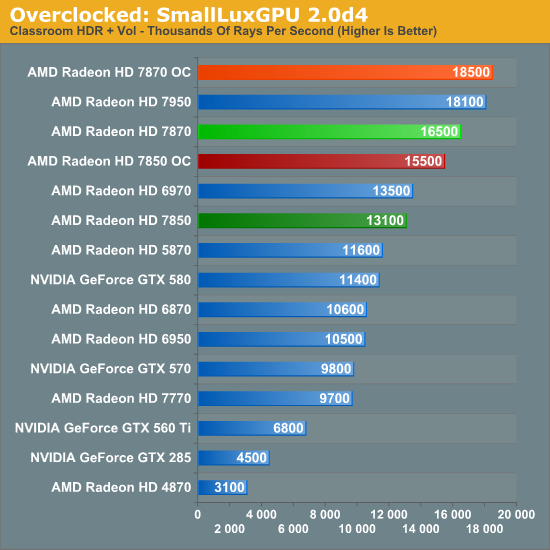 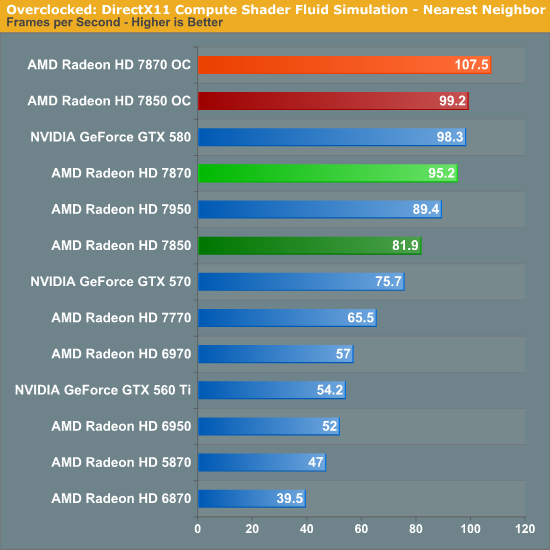