Our next game is Starcraft II, Blizzard’s 2010 RTS megahit. Much like Portal 2 it’s a DX9 game designed to run on a wide range of hardware so performance is quite peppy with most high-end cards, but it can still challenge a GPU when it needs to. 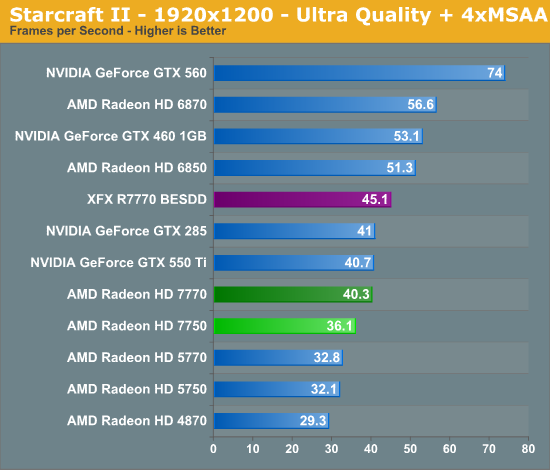 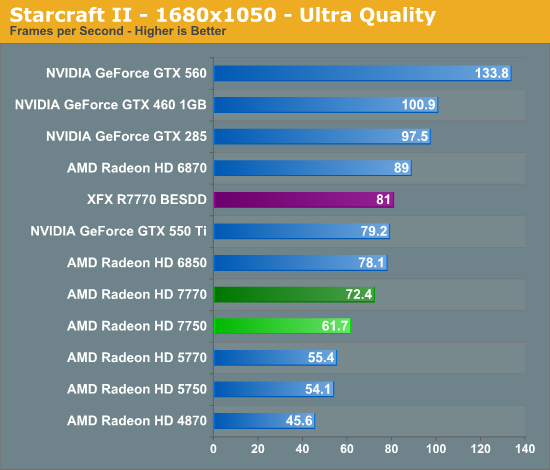 The story is much the same under Starcraft II as it is in a number of other games, with the 7770 once more trailing the 6850. This time the 6850 leads by 8% and given AMD’s struggling SC2 performance the 7770 is well behind NVIDIA’s comparable cards. The good news here is that the 7750 has once again managed to charge past the 5770, this time enjoying a rare 11% lead. Meanwhile the 1920 numbers are a bit worrying – not that the 7700 is particularly capable of that resolution anyhow, but the 7770 just gets clobbered by the 6850 here, most likely due to MSAA.