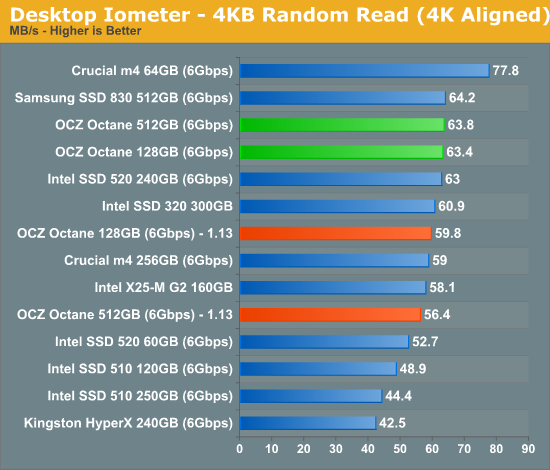 Random read performance takes a small step backwards. We've generally found that anything in the north of 40MB/s tends to do pretty well in our client workloads so I'm not too worried about the drop here. The big gains are, of course, in random writes: 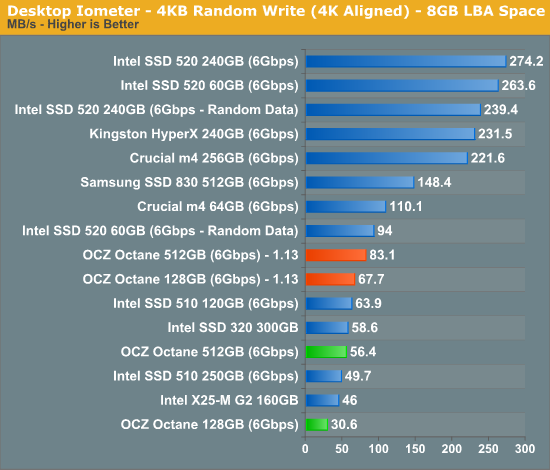 The 128GB drive shows the biggest performance increase, more than doubling from the release firmware. The 512GB drive also gets faster here but by only 47%. The Octane is now faster than Intel's SSD 320 when it comes to random write performance. Again I don't expect this to do much for client workloads, but in the enterprise space things are different... 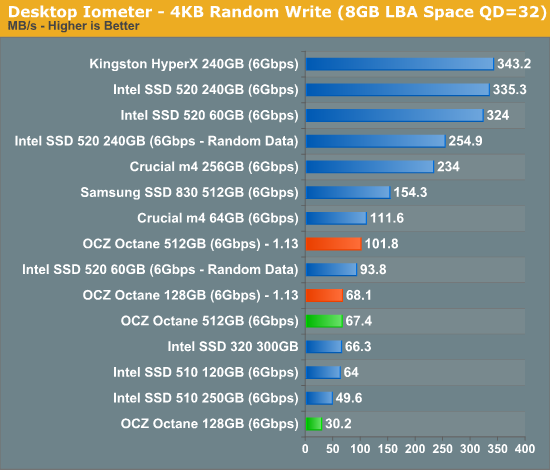 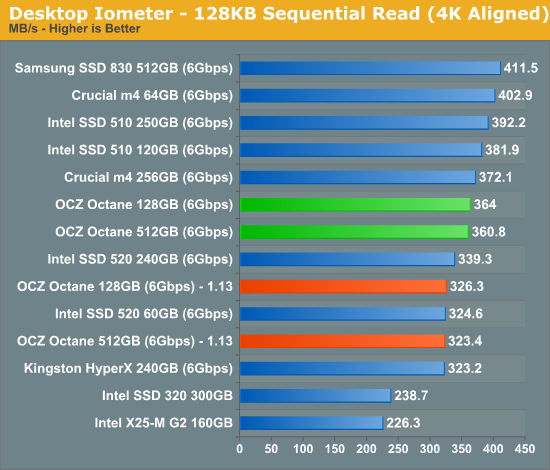 While random performance goes up, sequential performance actually drops a bit. This shouldn't happen given how much DRAM is available to cache larger tables on each Octane drive, but needless to say performance did go down. 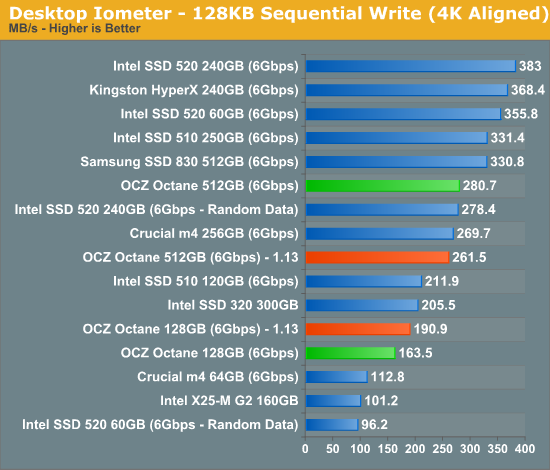 Here's where things get a little confusing. Sequential write performance on the 512GB drive went down, while the 128GB drive saw higher performance. Again, this shouldn't be happening and why there's a difference based on capacity is odd. OCZ tells me that 128/256GB drives should see performance gains here and only the 512GB drive will see a drop. The only thing I can think of is the 512GB drive has more die that writes need to be split across. Why that would cause performance to go down is a mystery to me. If I had to guess I'd say that this is something OCZ should be able to fix with a future firmware update. 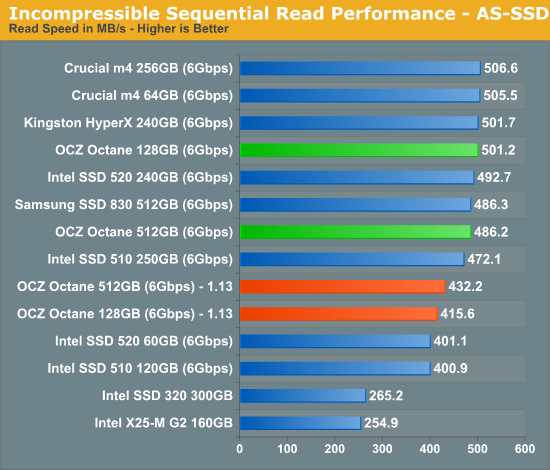 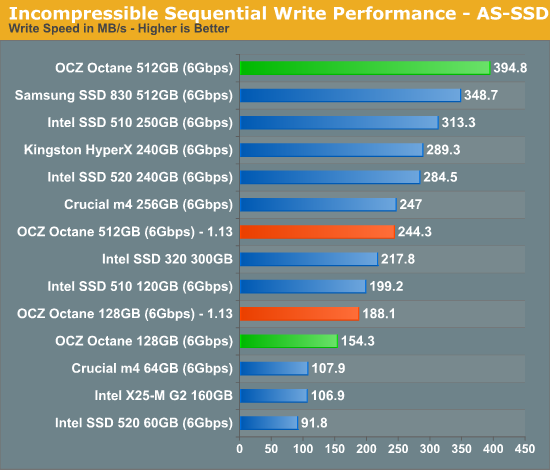 The same story here in AS-SSD. Both drives are slower on reads, the 128GB drive gets faster on writes while the 512GB drive loses a lot of its write speed.