The trend in the computer industry has been towards lowering pin counts.  At this year's Spring IDF, one of the more interesting demonstrations was that of the Serial ATA specification, which is destined to replace our current ATA specification, being referred to as Parallel ATA because of the way it transfers data: multiple bits transferred simultaneously.  Since you have multiple bits of data being transferred simultaneously, you have an enormous pin count, and when dealing with a large pin count, you have problems of maintaining signal integrity as the transfer rates increase.  Serial ATA will help to reduce pin count by transferring data one bit at a time but at higher transfer rates. 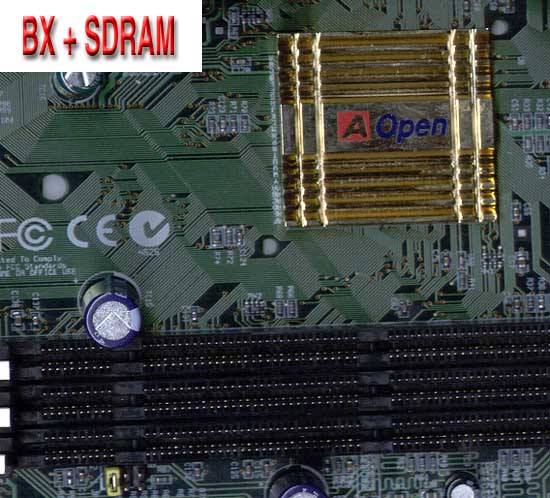 The higher your pin count, the more difficult it becomes to route the traces going to your memory banks and your memory controller.  Once you reach a certain point you're going to have to start adding more layers to the motherboard's PCB, which begins to increase the cost of the motherboard at a pretty hefty rate.  Some motherboard manufacturers such as ABIT won't even consider a motherboard design that employs a design with more than 4 layers; chances are that if you said that an 8-layer design was required in order to have dual SDRAM banks, they would opt for another solution. 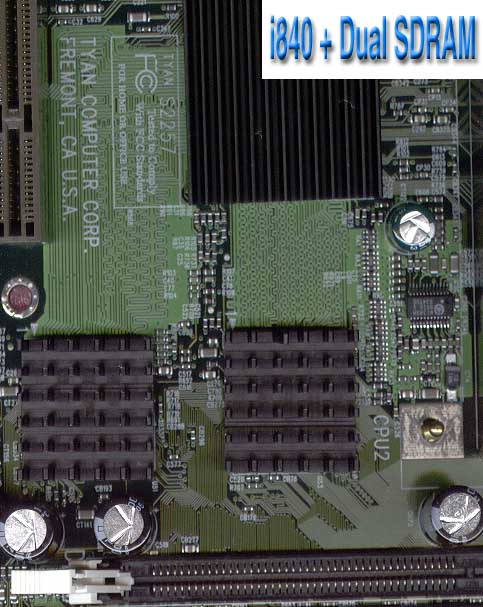 With RDRAM, you can combine two 16-bit RDRAM channels for a total of 3.2GB/s of memory bandwidth without increasing pin count dramatically.  In fact, i840 motherboards currently have this dual channel RDRAM system implemented, and although the demand for i840 isn't that great, it is a "living, breathing" example of dual Rambus channels at work.  Intel's upcoming Tehama chipset for use with the Willamette will also feature dual Rambus channels, and it shouldn't be much longer before we hear about a higher bandwidth implementation of RDRAM. 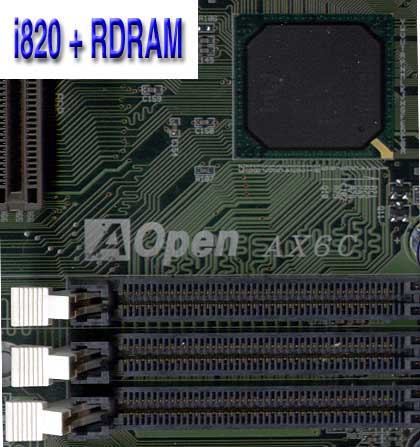