Gaming performance across the board echoes what we've already seen a lot of - the 3820 shows marginal gains over the 2600K.

Civ V's lateGameView benchmark presents us with two separate scores: average frame rate for the entire test as well as a no-render score that only looks at CPU performance. 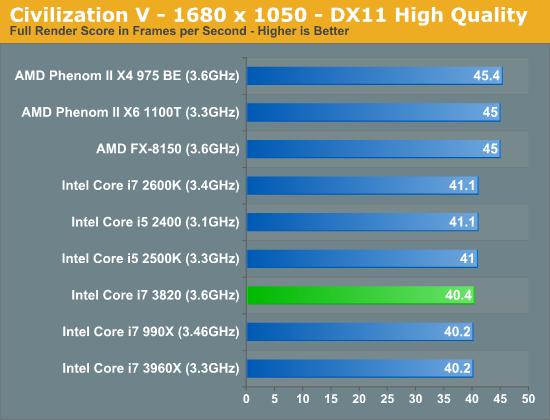 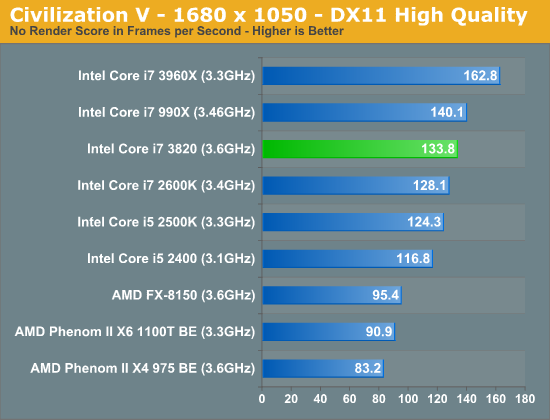 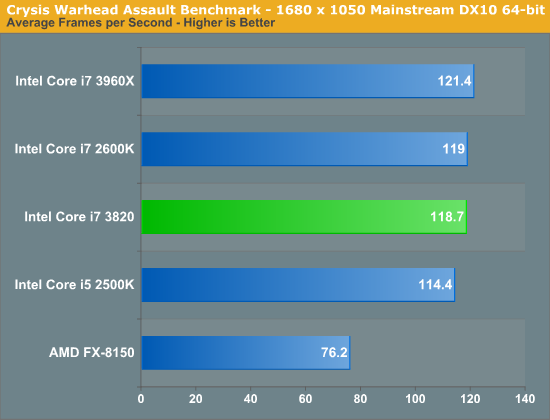 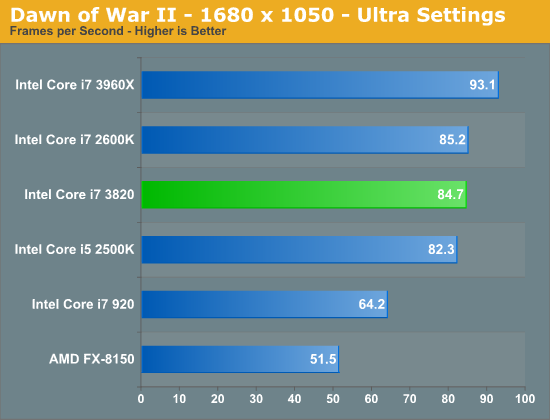 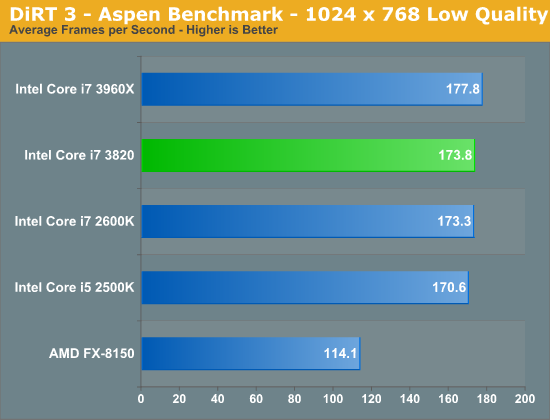 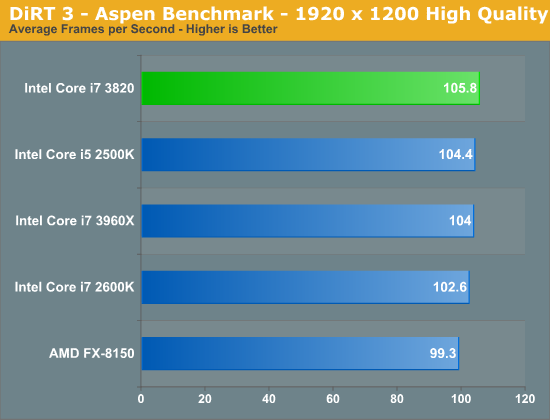 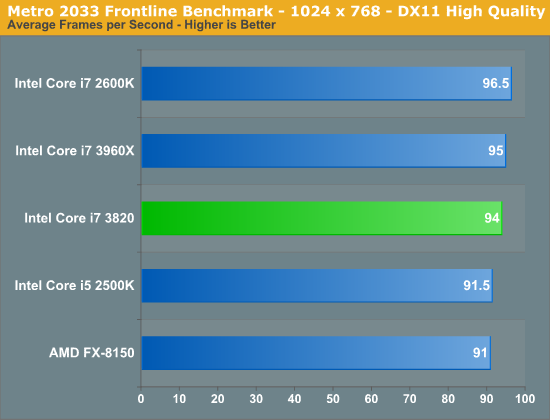 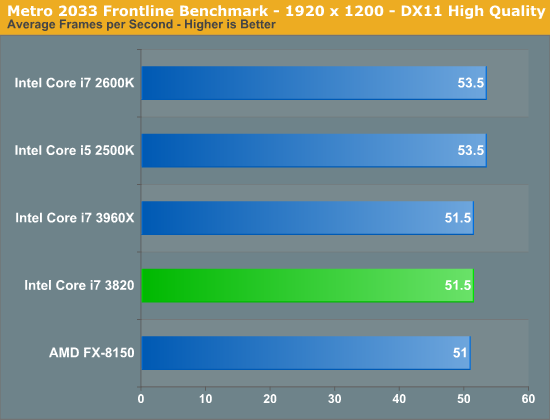 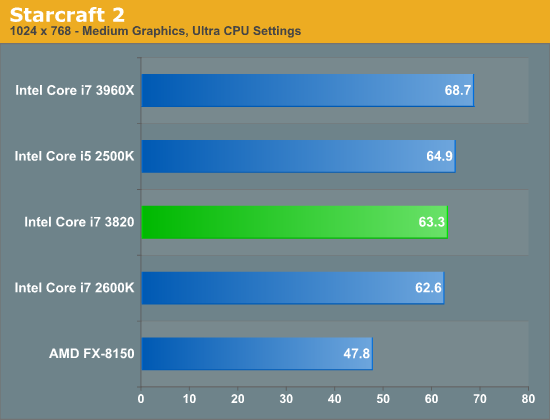 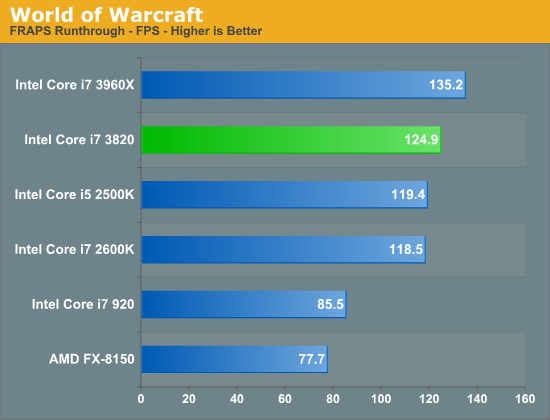