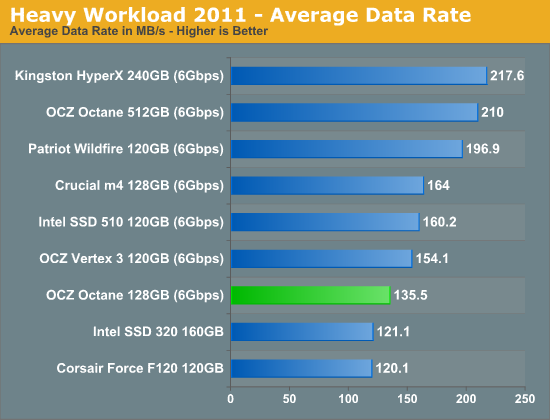 For write-heavy workloads the 128GB Octane is faster than the previous generation 3Gbps drives, but still a bit slower than the 6Gbps Intel, Crucial and SandForce based offerings. 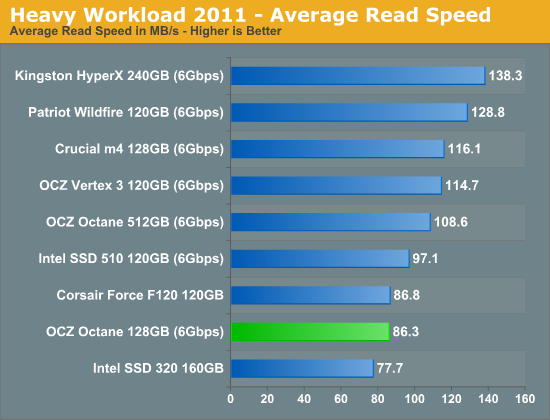 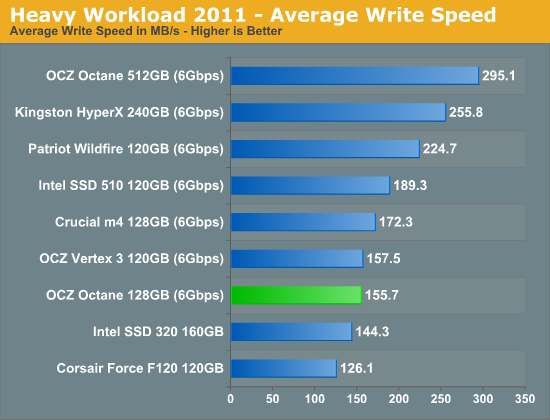 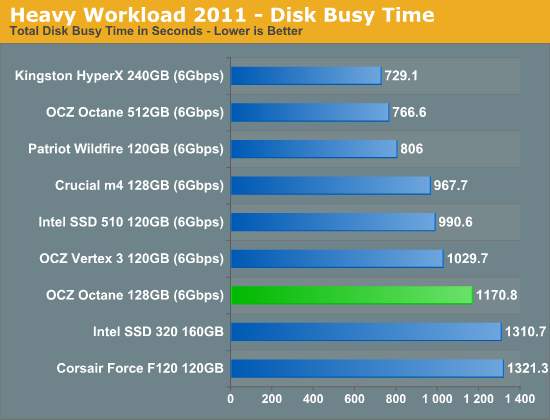 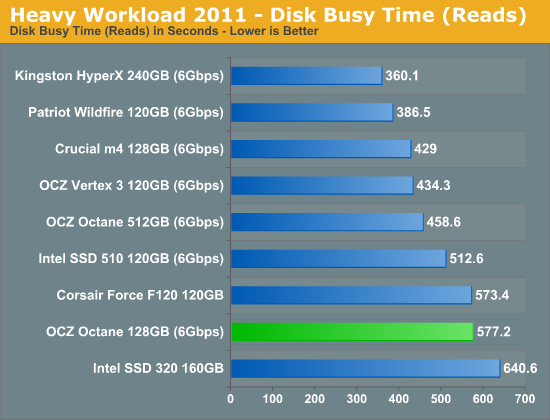 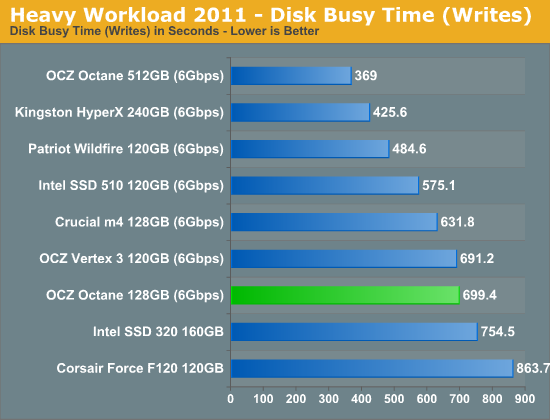