Starting with the launch of the 7970 we will be using our new GPU testbed, replacing both our hardware and most of our benchmarks. On the hardware side we’re using an Intel Core i7 3960X overclocked to 4.3GHz on an EVGA X79 SLI motherboard, giving us access to PCIe 3.0 while keeping most CPU bottlenecks at bay.  While we’re only looking at a single card today, based on some informal surveys for multi-GPU testing we will continue to test our cards adjacent to each other to represent the worst case scenario, as it turns out there are a number of users out there who do use that arrangement even if they’re not in the majority.

On the software side we’ve refreshed most of our benchmarks; the suite is tilted towards DX11, but there are still enough DX9/10 tests to get a good idea of how new cards compare to pre-DX11 cards. On that note I know we have a lot of Skyrim fans out there, and while we wanted to include Skyrim benchmark we’re having trouble coming up with any good test cases (that don’t involve INI hacking) that aren’t incredibly CPU limited. If you have any suggestions, please drop me a line.

For drivers on AMD’s cards we’re using AMD’s beta 8.921.2-111215a drivers, which identify themselves as Catalyst 11.12 but are otherwise indistinguishable from the Catalyst 12.1 preview released last week. On that note, for those of you who have been asking about support for D3D11 Driver Command Lists – an optional D3D11 feature that helps with multithreaded rendering and is NVIDIA’s secret sauce for Civilization V – AMD has still not implemented support for it as of this driver. 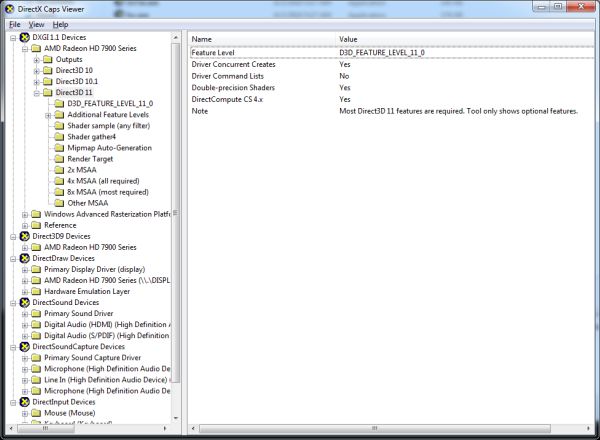 Finally, as we’ve only had a limited amount of time with the 7970, we’ve narrowed our suite of cards just slightly in order to make the deadline. For those of you curious about how middle-tier cards such as the GTX 560 series and the Radeon HD 6800 series or various multi-card SLI and CrossFire setups compare, we’ll be adding new results to Bench throughout the rest of the month, and Eyefinity soon after that. For the time being since we only have a single card, we’re focusing on single card results with a single monitor.