Despite what ASUS originally told us when it launched the first Transformer, the Prime does not work with the old dock. Admittedly you wouldn't want to use the sleek new tablet with the clunky old dock, but I'm just not a fan of being used to convey incorrect information.

The new dock matches the Transformer Prime perfectly. The docked Prime isn't as elegant as the Zenbook and I'd argue that the dock does take away from the tablet's beauty, but if you need to hammer out long emails or a big document the dock is a great solution. 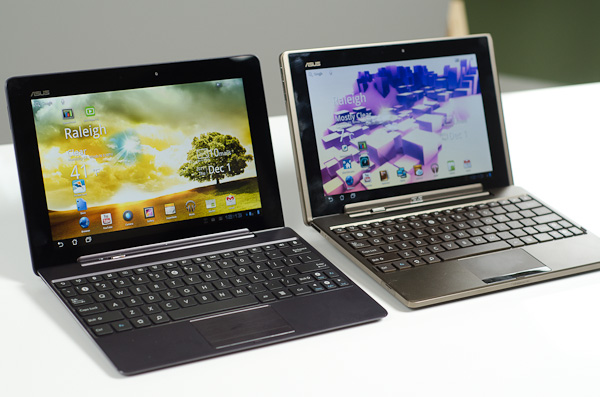 The dock's beauty isn't just that it's convenient (it behaves just like a notebook once mated to the tablet) but that it acts as a second battery for the Eee Pad. ASUS has also done the necessary customizations to Honeycomb to appropriately track battery levels in the dock and the tablet. There's also a little animation indicating that the dock is charging the tablet. To the best of my knowledge, the tablet will never be used to charge the dock.

Scrolling is rarely as smooth as I'd like it to be via the dock's trackpad. Many times the gesture just won't register on the trackpad or the trackpad will detect my two fingers but it won't scroll. With the screen inches away I found myself preferring to use the touchscreen for scrolling and stuck to using the dock for typing. You can control pointer speed and cursor style in the OS now, which is a nice addition.

The typing experience itself is great on the dock. The keys are big enough (around 15mm x 14mm) to type quickly on and feedback is good. The keys were a bit taller on the old dock, but as the new model is thinner the keys went on a similar slimming process. 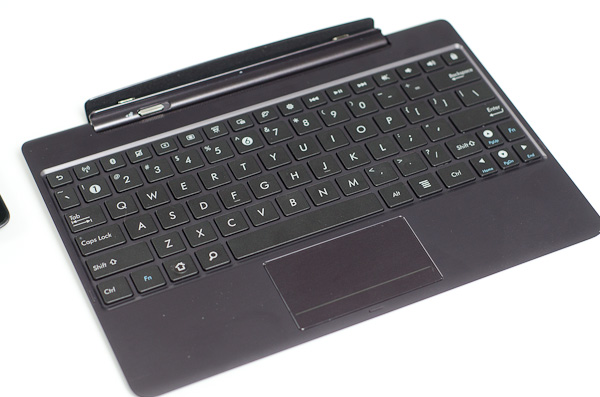 Using the dock on a desk is fine, but use the dock on your lap and you'll have to keep applying a little bit of downward force with your wrists to keep the system from leaning backward. The dock is angled forward so if you're not typing on a flat surface the system might pivot backwards. The correction is simple, you just need to push down with your wrists/palms a bit while you type. I even have to do that a bit on my 11-inch MacBook Air. The difference is the MBA has enough surface area for me to comfortably rest my wrists, the Transformer Prime's dock does not. While I don't notice much fatigue while typing on my MBA, my wrists do feel it when I use the Prime + dock on a couch.

My dock had a connection issue between the Prime and the dock itself, which ASUS insists shouldn't be happening. Tilt the Prime towards you when in the dock and the screen would occasionally go white. It feels like a manufacturing issue, although I'm apparently the only one who has reported it.

Android is still not beefy enough to be a full blown laptop replacement, but the Prime does come with enough apps to at least let you do some basic word processing and spreadsheet work. If you're going to do a lot of typing on your tablet I'd easily recommend the dock, it's the best way to get your thoughts into words on the Prime. Otherwise, the $150 adder just adds bulk and cost to the platform. The Prime is really great to use on its own. If you want an alternative to the dock, ASUS will have its own clone of Apple's iPad smart covers at some point in the coming weeks. 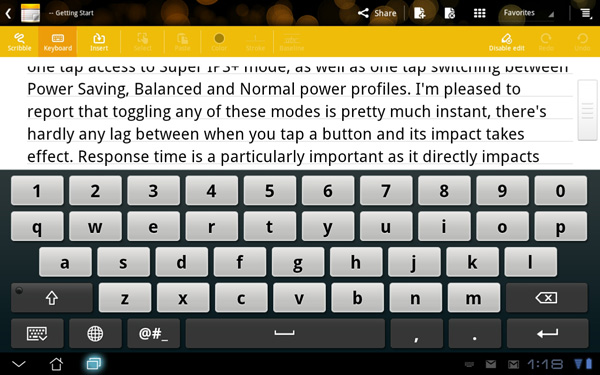 ASUS' five row virtual keyboard is back on the Prime. While it doesn't look as good as the standard Honeycomb keyboard, I do like having the numeric row visible above the rows of letters. Nuance's T9 Trace is still supported by the keyboard (Swype-like continuous text input) although I'm not personally a fan. You can disable Trace as well as revert to the stock Honeycomb keyboard if you'd like.