Grasping the architectural advantages of the Willamette may be a difficult feat to accomplish, but for most of the IDF attendants, learning how to pronounce the code name of the upcoming processor was even more challenging.  For starters, the name Willamette (taken from a river near where the CPU was designed), is pronounced Will-AM-ette.  But now to the more important things ;) 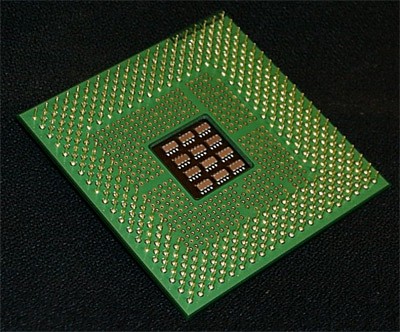 As the clock speed increases beyond what the Pentium III would be able to accomplish, something that is made possible because of the deeper pipeline, the Willamette’s 20 stage pipeline will truly begin to shine.

In essence, the number of pipeline stages you have helps to determine the attainable clock speed of your processor, the deeper the pipeline, the higher your clock speed can go.

Modern day CPUs attempt to increase the efficiency of their pipelines by predicting what they will be asked to do next, this is a simplified explanation of the term Branch Tree Prediction.  When a processor predicts correctly, everything goes according to plan but when an incorrect prediction is made the processing cycle must start all over at the beginning of the pipeline.  Because of this, a processor with a 10 stage pipeline has a lower penalty for a mis-predicted branch than that of a processor with a 20 stage pipeline.  The longer the pipeline, the further back in the process you have to start over in order to make up for a mis-predicted branch.

With the Willamette boasting a 20 stage pipeline, the penalty for a mis-predicted branch is much greater than it would be on a Pentium III.  So how did Intel attempt to work around this problem?