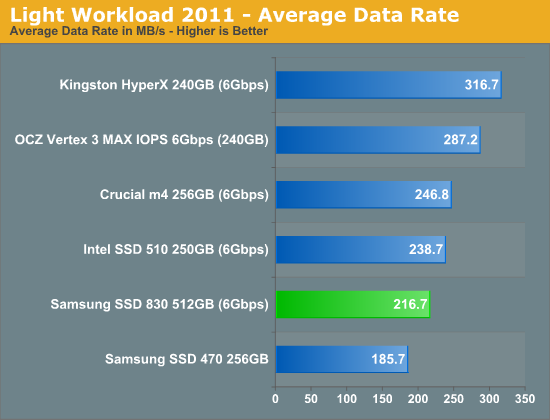 For lighter workloads that involve far less incompressible data, the 830 takes a clear backseat to the SF-2281 based drives. For nearly all users SandForce's real-time compression/dedupe architecture is a significant boon. You simply can't outperform a well designed controller that just writes less than the competition. The SSD 830 is at least significantly faster than the 470 and within striking distance (~10%) of the Intel SSD 510 and Crucial m4. 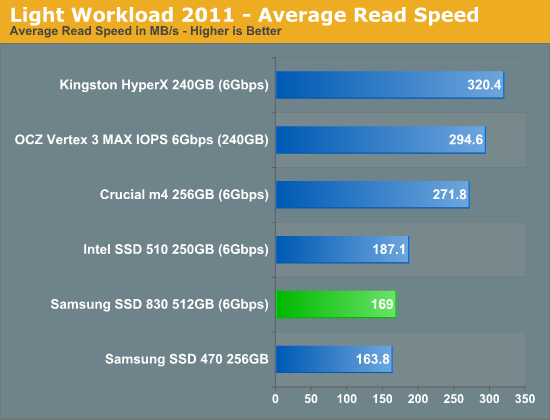 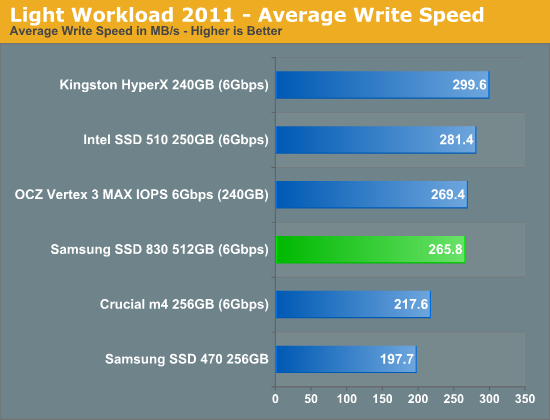 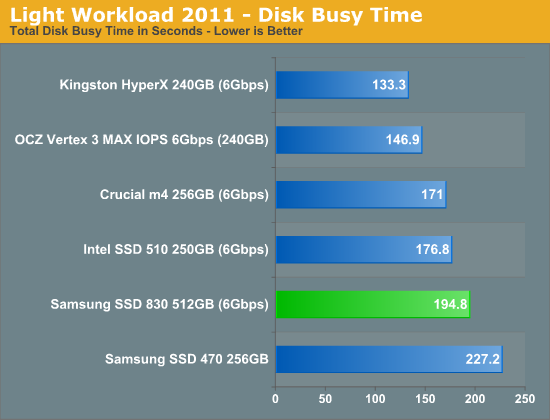 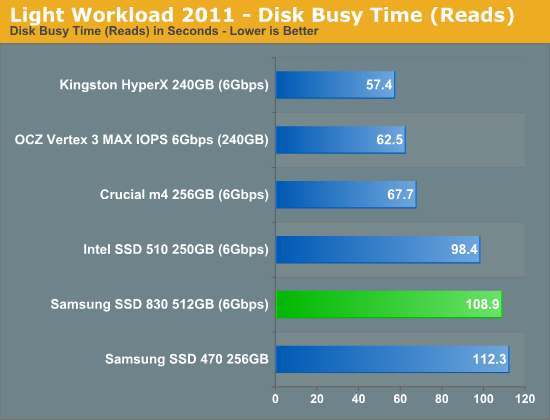 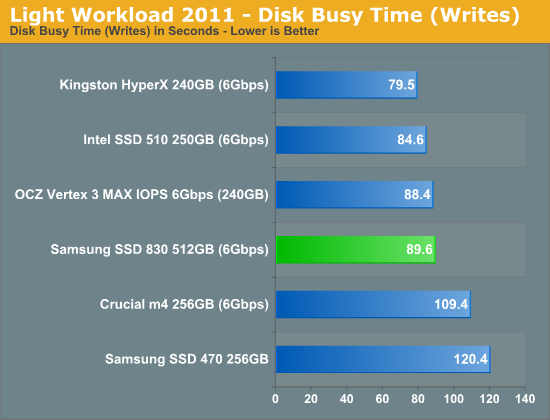