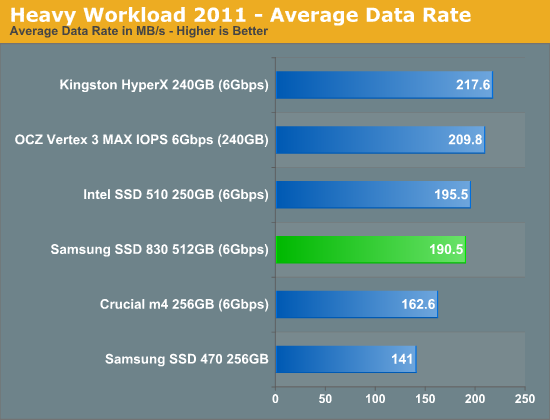 The SSD 830 manages to get within 13% of the SF-2281 based HyperX. While the old 470 couldn't really compete with the current generation of 6Gbps drives, the 830 holds its own. In the performance breakdown we see it's actually in the average read performance that the 830 falls behind. Its lackluster performance here is a bit surprising but given how well the SandForce drives perform it looks like the controller may just be getting bogged down by a bunch of IOs that SF just throws away, which in turn impacts its ability to deliver higher read performance. 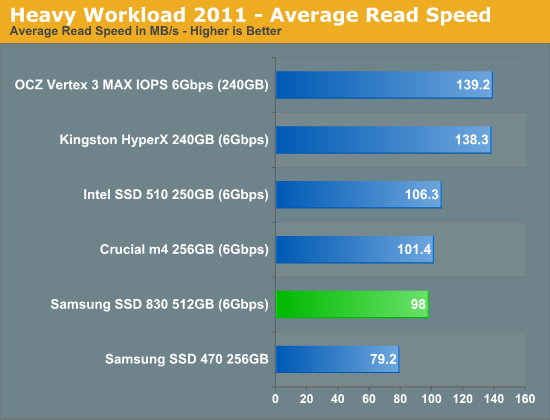 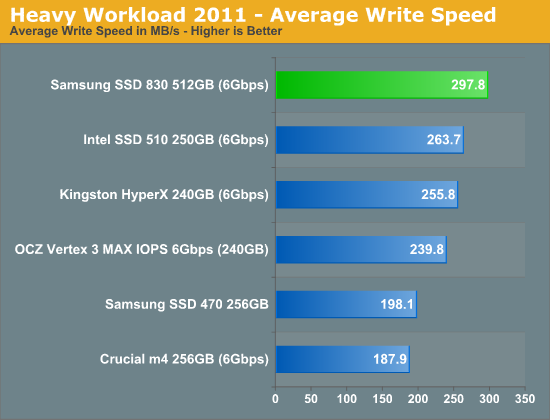 The SSD 830 actually does the best out of all of these drives when it comes to pure write speed. This isn't too surprising given how well the 830 performed in our incompressible sequential write test. 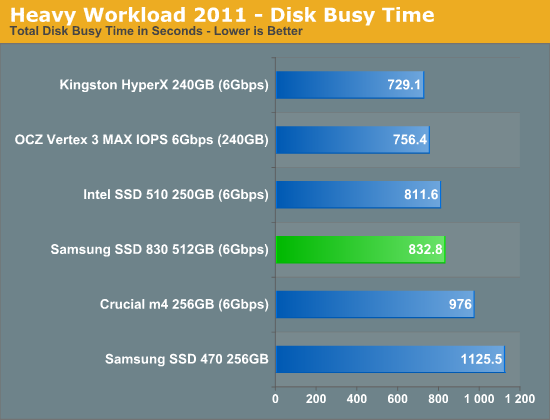 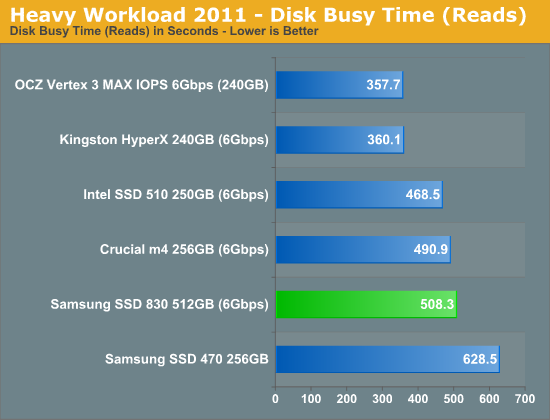 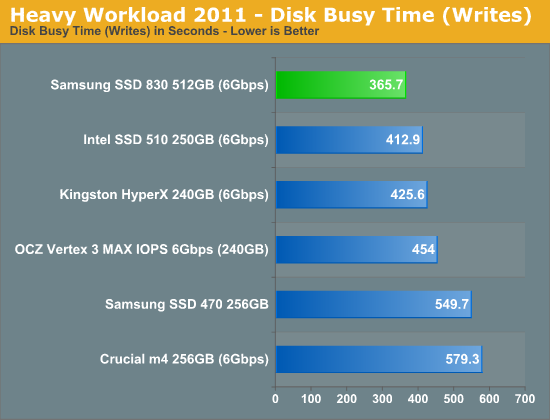