Multi-monitor with the Thunderbolt Display 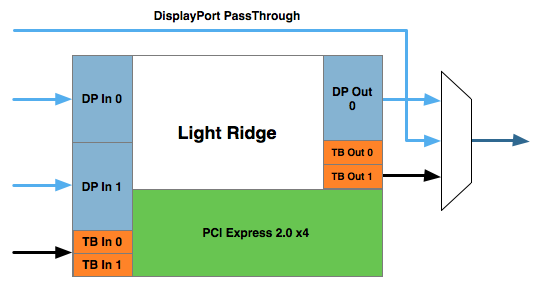 I originally believed Apple used the smaller Eagle Ridge controller in its Thunderbolt Display, but now believe that to be incorrect. Upon closer examination of our dissection photos it appears that the 27-inch panel is driven by an embedded DisplayPort (eDP) connection. If I'm right, that would mean the DisplayPort output from the Light Ridge controller is routed to the eDP connector in the display. With its sole DP output occupied by the internal panel, the Thunderbolt Display cannot generate any more DP signals for anything connected directly to its Thunderbolt Port.

There are also the obvious GPU limitations. The 13-inch MacBook Pro only supports two displays (Ivy Bridge will up this to three). If you manage to connect two to the 13 however, Apple will just blank the display on the notebook and drive the two external panels. The MacBook Air is a different story. Not only does it only support two displays, but the Eagle Ridge controller only has a single DisplayPort input so you're not driving more than one external display via a MBA no matter what you do. 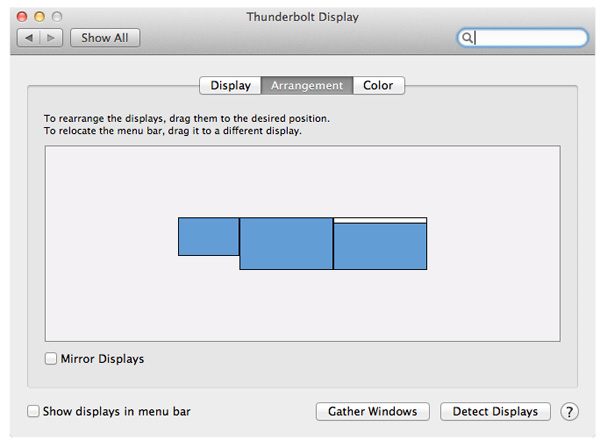 I also confirmed that two Thunderbolt Displays worked on the MacBook Pro regardless of the connection configuration.