Coming from the smartphone side of things, I really see many shades of WP7 inside Windows 8. That’s actually dramatically understating the state of things - the core of what we’ve been shown of Windows 8 that’s new literally is either adopted from or directly analogous to much of WP7. 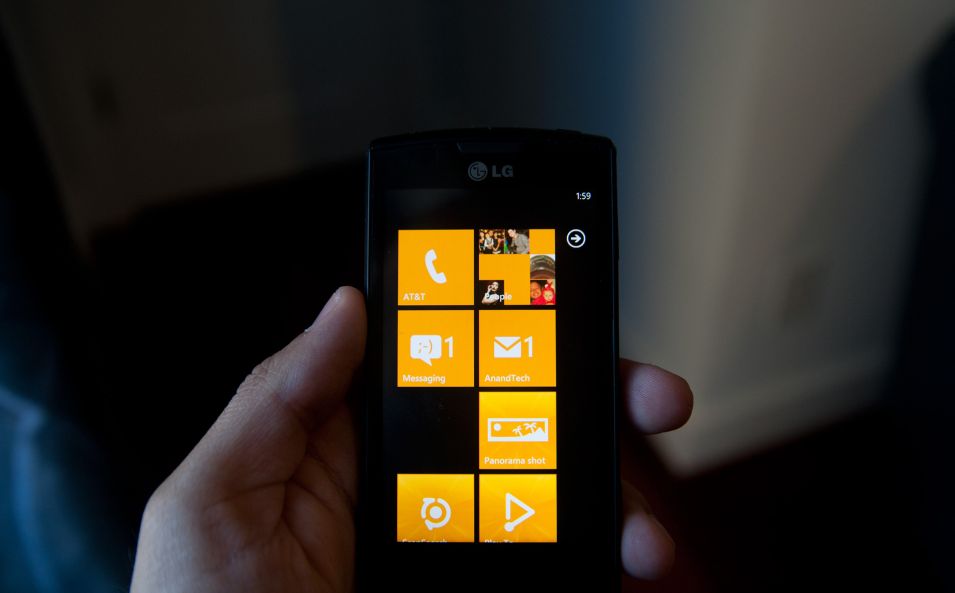 It doesn’t come as a surprise to me at all that the desktop Windows experience is moving in this direction, (and it seems as though the Xbox 360 interface will follow shortly). The positive result is that Windows 8’s touch experience feels much closer to the ground-up approach Android Honeycomb or iOS have taken than the than the “Tablet-Edition” versions of Windows XP and the tablet integration in Vista and 7. I used a UMPC and remember Origami and how that application lived as its own standalone mode of operation as an application within windows. What Windows 8 is the inverse - Windows now lives inside a Metro-themed Start screen that looks like WP7 for the desktop. Or at least it does in this demo we’ve been shown currently.

The tablet experience is now absolutely on par with modern mobile OSes - sure there are a few more things that need to be included, but the foundation is there for Windows to suddenly become more than an OS that also can do touch-based interaction.

Microsoft has been actively promoting IE 10 since MIX 11, with two platform previews so far, and IE 10 is an integral part of Windows 8 both as a browser and as a runtime for HTML based Metro applications. We won’t go into exacting detail about what’s new and interesting inside IE10, beyond mentioning that it improves upon IE 9’s GPU acceleration and improves web compliance support including CSS3. What’s relevant in Windows 8 is that IE 10 gets two views - one belonging to the Metro-heavy start menu experience, which we’ll call the mobile view, and the other belonging to the traditional desktop windows view. 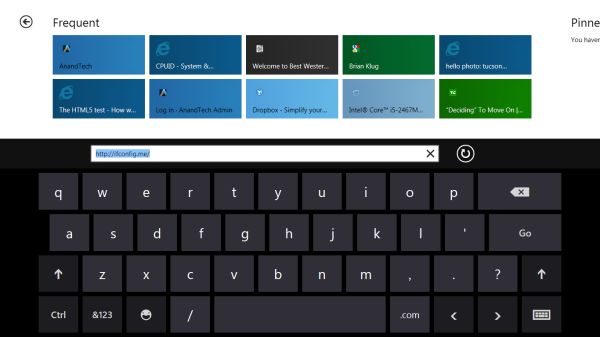 This dichotomy exists between the two IE10 experiences, which is in itself a bit curious. The mobile view is almost exactly what IE looks like inside Windows Phone 7.5 - at the bottom is the URL bar and controls, and with a slide down gesture, at the top are tabs. Meanwhile the IE10 desktop experience uses the older IE 9 UI. At this point, it doesn’t appear that windows opened in one are transportable to the other. 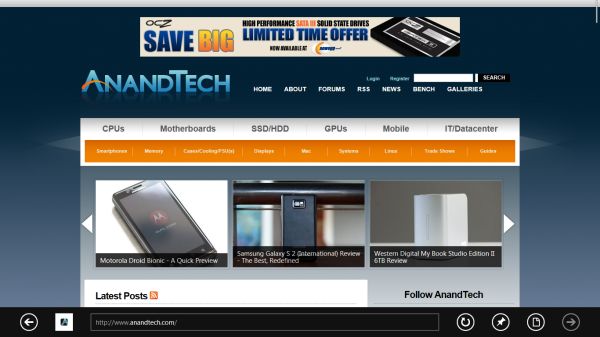 The mobile view is almost exactly like WP7.5’s however, the URL bar disappears when scrolling, and the browser supports a completely fluid multitouch experience that feels speedy.

Windows 8 offers considerable integration with Windows Live and SkyDrive. Local user accounts can be directly tied to a Live account on trusted PCs, and then be used for live roaming. Live roaming enables each connected device to access the same set of accounts for photos, email, calendar, and contacts and speed up initial setup. For example, photos captured on a WP7.5 device’s camera roll can be immediately visible on a Windows 8 PC authenticated against the same Live account. This is very close to how camera roll will integrate into Apple’s iCloud and synchronize across iOS and OS X Lion.

One thing is clear, and it’s that Microsoft plans to heavily integrate and leverage its Live services into Windows 8 and provide an ecosystem-wide way to migrate accounts settings, photos, and data between mobile, tablet, and desktop.

We’ve been loaned Samsung tablets running the Windows 8 Evaluation copy used for this article, and thought it bears going over since the device will no doubt become a reference platform for Windows 8 development. This hardware is also being given away to developers in attendance at BUILD as well. 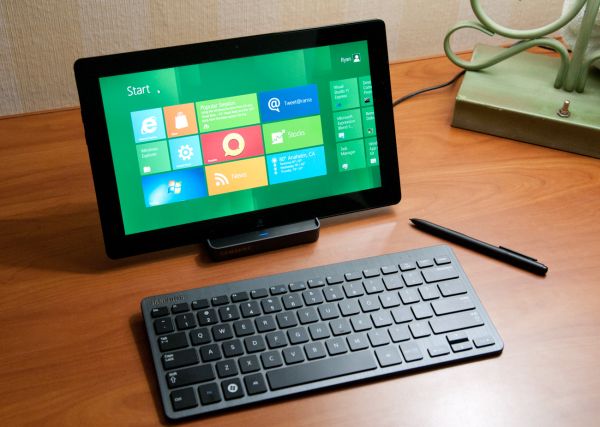 The Samsung tablet is none other than the 700T model announced at IFA very recently, and it packs a relatively impressive spec list.

The 700T includes GSM/WCDMA cellular connectivity courtesy of an Option GTM661W combination cellular modem and WiFi card. The GTM661W uses a Qualcomm MDM6200 baseband, which also provides GPS. There are also sensors such as ambient light, an accelerometer, and the two cameras onboard. 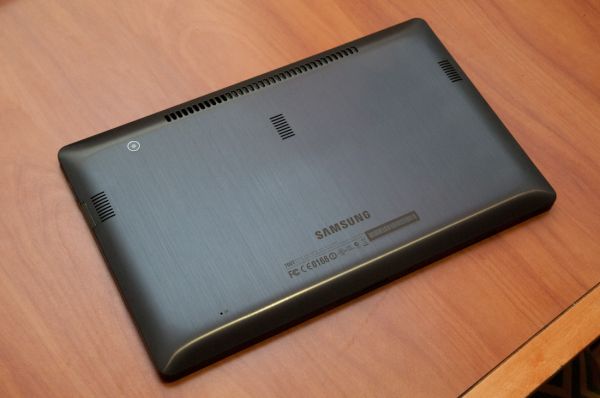 In addition, the 700T includes an active digitizer and capacitive touch display, making it suited for all three interaction modes that Windows 8 will support. The device comes with a dock that doubles as a charging stand, and also replicates full size HDMI, GigE, and a USB 2.0 port on the back. The slate has one USB 2.0 port, a headphone jack, microSD card slot, SIM slot, and a rotation lock button. 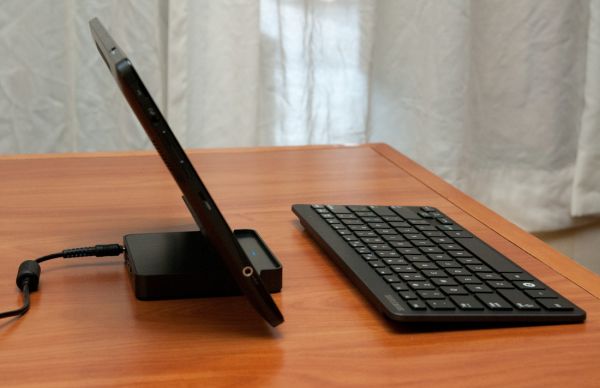 Samsung calls the 700T a slate, we've elected to call it a tablet, and the device feels decent if not a bit heavy in the hands. The 700T is also the first 16:9 tablet we've seen, with Android adopting 16:10 and iOS going with 4:3, which makes portrait a bit extreme.