HTPC enthusiasts are rightly concerned about the noise factor, heat and power consumption, ease of usage and many other criteria. We will tackle each of these concerns one by one in this section.

ASRock doesn't make any claims about the quietness of the system in their marketing material. We were pleasantly surprised upon looking at the noise reports. In the set of pictures below, a professional sound level detector was placed less than 2 ft away from the CoreHT, and the sound level measurements were taken in various HTPC scenarios. The unit has a noise level of less than 36 dB at full load (for both CPU and GPU). In this respect, it is actually similar in performance to the earlier SFF HTPCs from ASRock. 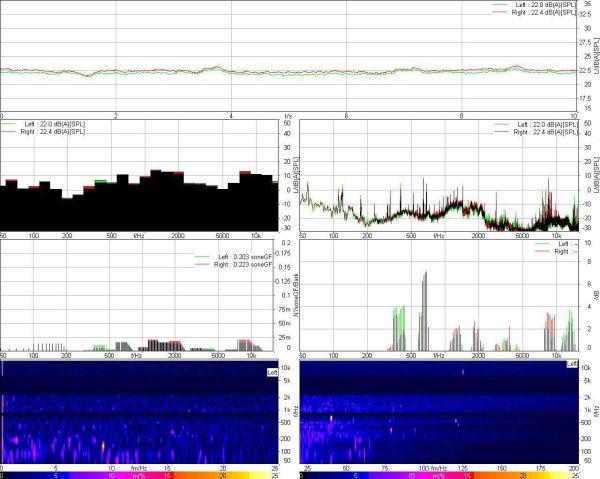 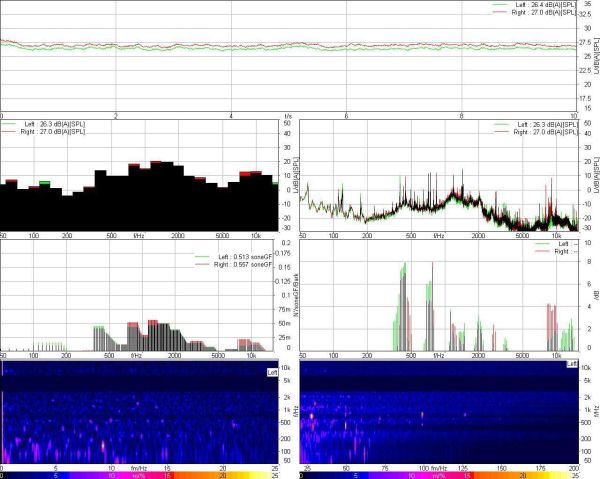 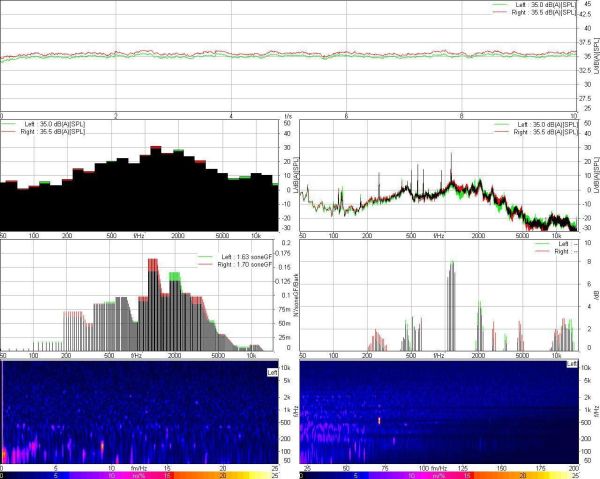 These type of power consumption numbers have been enabled by ASRock's choice of going in for a notebook platform instead of a desktop configuration. This has resulted in a smaller form factor case design for the mini-ITX motherboard. Since there is not much heat to be dissipated, the cooling system is also appropriately small and silent.

HTPC enthusiasts are concerned about how easy it is for their system to come out of standby. Existence of HDMI handshake issues upon return from standby is also a deal breaker for many. Fortunately, the CoreHT 252B has no issues in these two aspects. As long as the AC power adapter is connected to the system, the bundled MCE remote can be used to boot the system (even if the PC had been shut down previously). In order to shorten the boot times, ASRock supplies an Instant Boot utility. Using this, whenver the CoreHT is shut down, it boots up once again and shuts down before the power can be safely removed. Upon power up, the boot up is instantaneous. The MCE remote can also be used to bring the PC out of sleep mode.

Within Windows, the MCE remote can be made to work with a variety of applications such as XBMC, MediaPortal, MPC-HC and of course, Windows 7 Media Center. Blu Ray players such as PowerDVD and ArcSoft TMT can also be controlled with the help of the MCE remote. For the ideal I/O scenario, one probably needs to purchase a wireless keyboard / mouse combo.