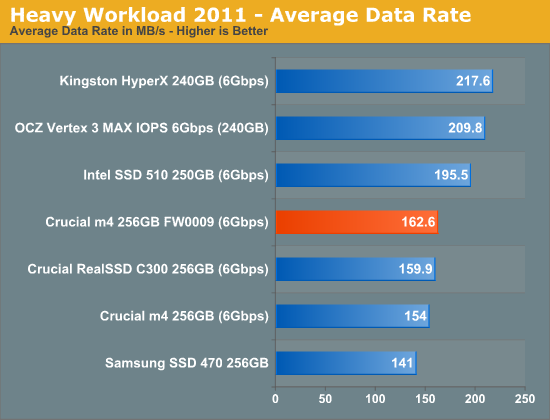 Overall performance in our heavy workload is now on par with last year's C300. We don't see huge gains in our heavy suite but Crucial has never really done well here to begin with. At least the numbers are up above the C300. The SF-2281 based Kingston HyperX has a 33% performance advantage here but if you look at the disk busy time below that amounts to around 4 minutes saved over hours of execution. In other words, you'd be hard pressed to tell the difference between nearly any of these drives. 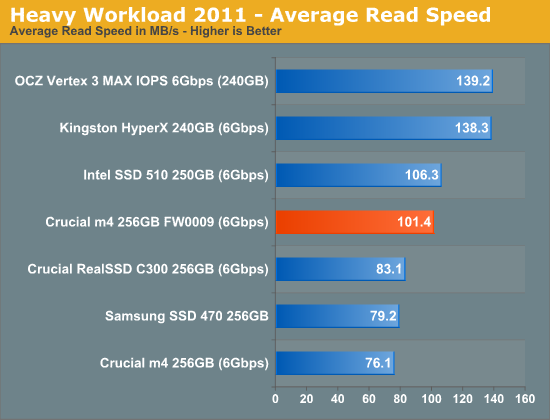 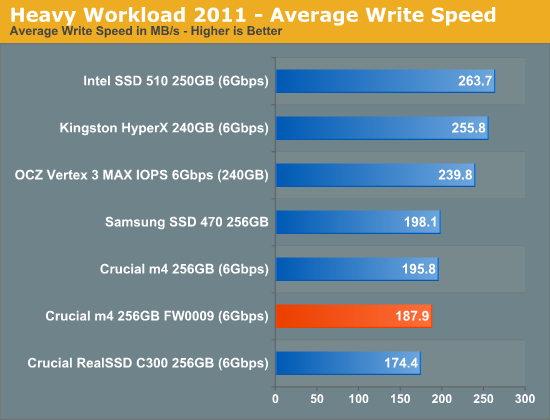 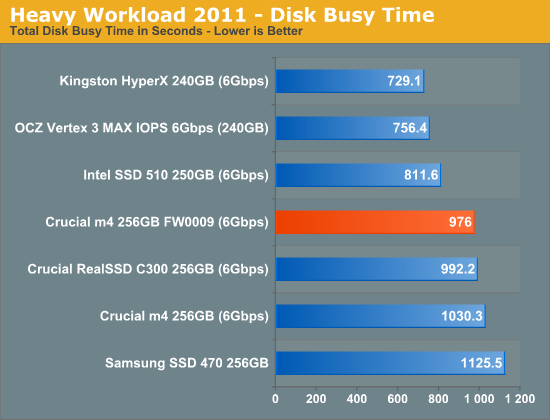 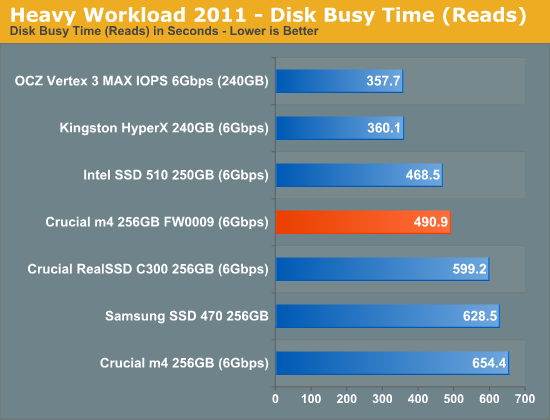 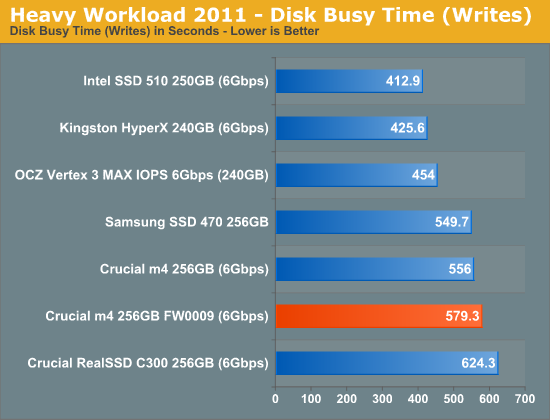