Whereas last year's MacBook Air was a good machine for light work, the 2011 models are true replacements for mainstream portable Macs. There's still no dethroning the MacBook Pro (although the 13-inch model clearly needs a higher resolution display option), but for the rest of the world there are now some excellent ultra portable options that don't force you to really compromise on performance. 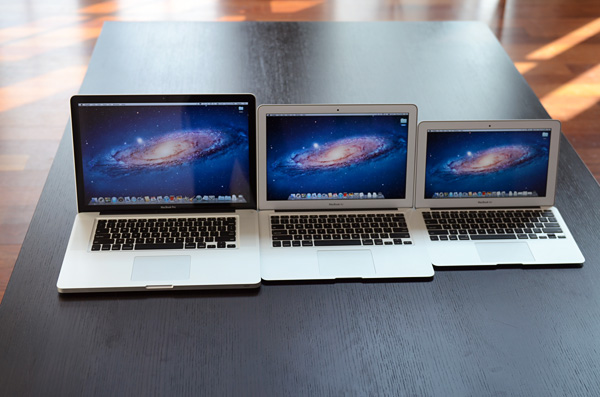 It's the GPU performance that I'm less excited about. While last year's GeForce 320M isn't significantly faster than the HD 3000 in the new MacBook Air, it's still faster in our tests. There's not much Apple could've done about this. I don't believe a discrete GPU in an Air makes sense, but this should be a clear message to Intel. Sandy Bridge's GPU is the bare minimum, we need to really see a real ramp in performance from here on out. Ivy Bridge will give us a bit of that but not another doubling in GPU performance. Perhaps we'll see something significant from Haswell in 2013. For now, if you like gaming on the go you'll have to get a MacBook Pro.

When it comes to battery life the new MacBook Air doesn't break any records, but it doesn't disappoint either (at least under OS X). With the exception of the our light web browsing test, the new MacBook Air behaves pretty similarly to last year's model on battery power. The new 13 doesn't do anywhere near as well in mostly idle scenarios but under moderate to heavy load the new MBAs last at least as long as their predecessors.

The only move I would be careful about is a downgrade from a 13-inch 2011 MacBook Pro. The new 13-inch MBP is still considerably faster than the MacBook Air, while the more portable form factor is tempting you're better off waiting to see what Apple does with the next update to the MacBook Pro.

If you were a fan of the original MacBook Air, the 2011 models are just as significant of an introduction as the very first one in 2008. They may not look any different from the outside, but the new 11 and 13-inch MacBook Air are a significant step forward. These systems are no longer niche ultraportables, they've instead brought the ultraportable niche into the mainstream. 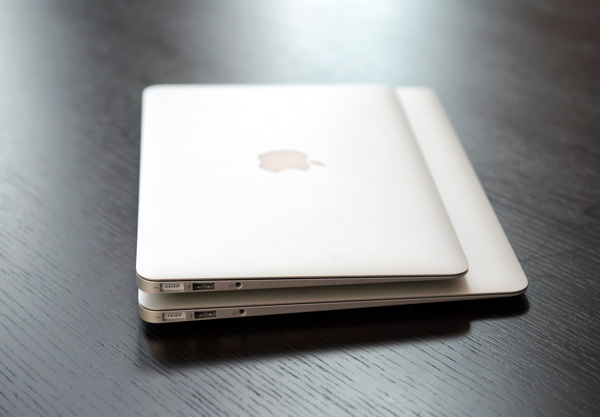 If you're stuck deciding between the two I think it breaks down like this. If you've got a beefy system at home and just need something portable for travel, the 11-inch Air is perfect. It's now fast enough to get real work done on the road and portable enough to feel like a tablet with an integrated keyboard. If you're replacing a primary notebook however, the 13 is the safer bet. It is sized like a normal notebook, you get longer battery life and a bigger screen to look at. If you're a fan of extremes, the 11 is for you. If you like balanced compromises, go with the 13.

There's a lot to like with the new MacBook Airs; the last update was good, but performance was still often lacking. The MBA 11 in particular is now much more useful, and the 13 rightfully spells the end of the line for the old MacBook. While pricing is higher than typical 11" to 13" Windows laptops, you really can't find a competing Windows laptop with all the features the MBA offers without paying a similar price premium. You get a nice chassis with excellent build quality, decent displays that trump every budget laptop we've looked at, and reasonable battery life. If you like thin and light ultraportables, the MacBook Air continues to be one of the best options around.