I really, really like the G2x. It’s quick, powerful, understated, decently well-built, and has a great display. Nvidia gave this one to us as a long-term evaluation unit, so I’ll definitely be looking at it as a day to day phone for the next few months. I’m psyched, because this has all of the elements of a superphone - dual-core SoC, IPS display, HSPA+. In addition, the G2x runs a stock version of Android. (Ironic isn’t it, most companies are putting skins on Android to make them “unique”, and the most unique one on the market ends up being the stock Android UI.) 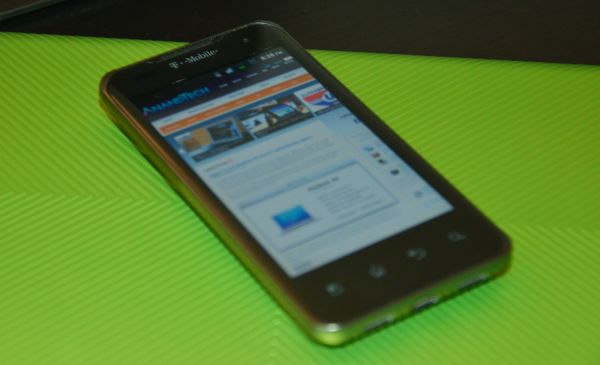 As a huge fan of the stock Gingerbread UI, this endears the G2x to me greatly. It’s so fluid, so smooth, and so downright responsive compared to most phones, even other similarly powerful dual-core devices. I’ve got a MyTouch Slide here as well, with the same Qualcomm MSM8260/Sense 3.0 combo as the Sensation, and the difference is almost night and day. To an extent, this is because of the asynchronous core clocking in the dual-core Snapdragon SoCs, but still, the sheer responsiveness of the G2x is probably it’s best feature.

Unfortunately, the software side of the G2x is a double edged sword. You’re basically trading that instant response for stability - this G2x isn’t as bad as the Optimus 2X that Brian had earlier, but it’s getting there. Random crashes, cellular instability, etc - I’m averaging a forced reboot roughly once every 36 hours. It’s....disconcerting, let’s put it that way. The Gingerbread update didn’t actually help the stability side of things too much, and the whole camera application ordeal is just bad. It speaks of a lack of attention to detail and testing at almost every level.

And so as much as I love the G2x, I must say that the Sensation is a better buy on T-Mobile. They’re logical competitors, and while I subjectively like the G2x more, the Sensation is better designed, better built, and much, much more stable. The software is simultaneously the best and worst thing about the G2x - the quickness and smoothness of the entire OS makes the device so much fun to use....until it crashes on you. The first time is a bit quaint, the second is more concerning, and after that it’s just annoying. 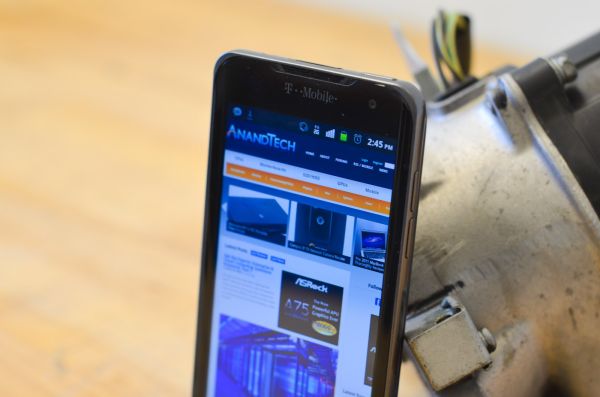 Now, if you’re open to CyanogenMod’ing it up, that route is always an option. The combination of CM7.1 and LauncherPro is pretty sweet, and me and Brian will cover it in a later article, but it’s a decent way of solving most of the software issues. I love the phone otherwise - the screen is gorgeous, the hardware is pretty decent, and I cannot stress how much fun it is to have a device this responsive. But there’s too many issues with stability with the OS and the baseband for this to top the Sensation, which is probably one of the single best all-around smartphones on the market.