As we mentioned in our preview, the integrated Radeon HD 6550D generally performs between a Radeon HD 6450 and 5570 depending on memory speed. Compared to the Core i3-2105 you're looking at a nearly 2x performance advantage on average in all of our tests, regardless of resolution. Note that we've now shifted to using our low end GPU test exclusively since the A8 is actually able to post reasonable scores in these tests.

For the most part the Radeon HD 6550D can play all of these titles at 1024 x 768 at reasonable quality settings. We're actually able to hit playable frame rates at 1680 x 1050 in a few titles (DiRT 2, Starcraft 2, Mass Effect 2). While Intel's HD Graphics 3000 set a new minimum bar for integrated graphics, Llano sets the standard for livable integrated graphics. 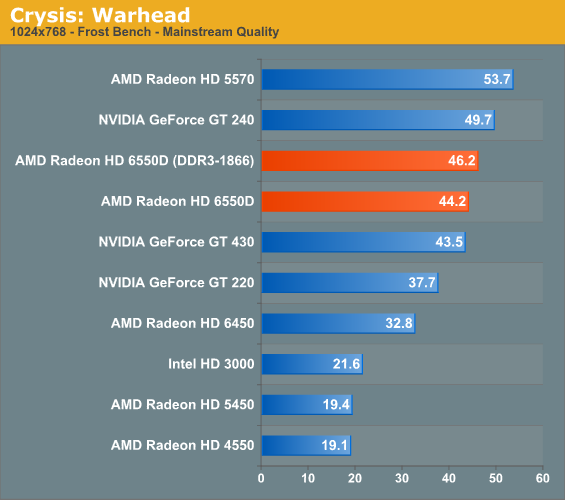 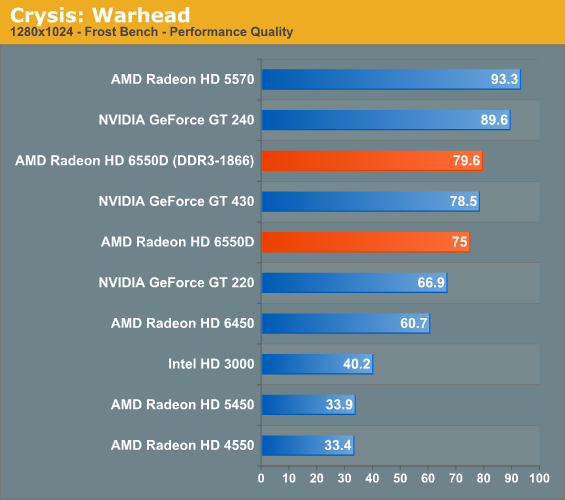 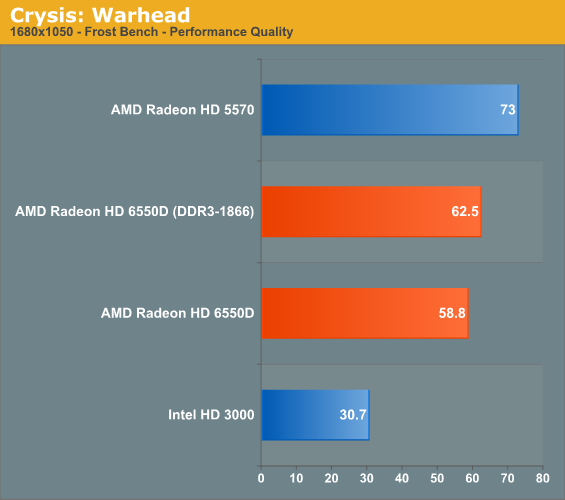 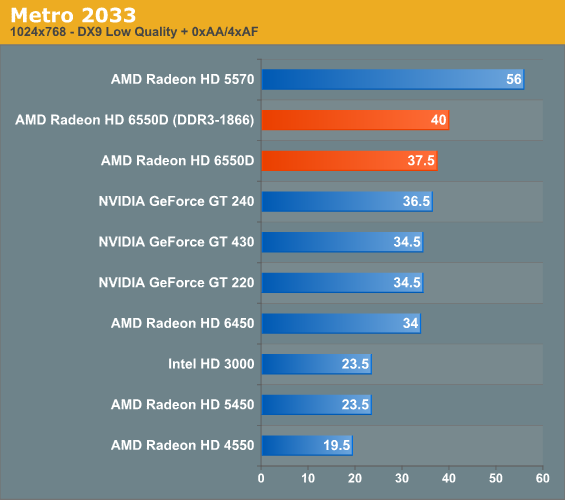 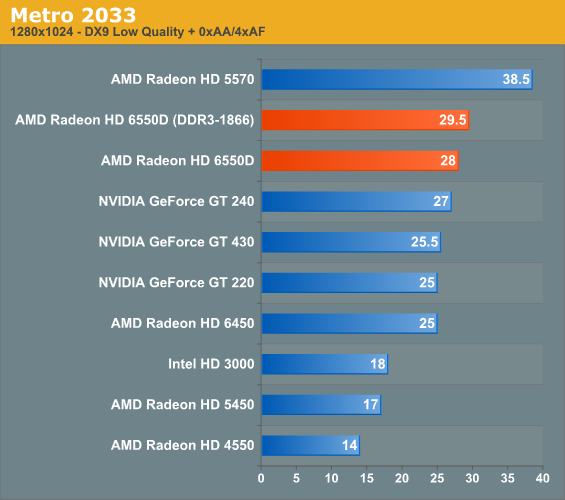 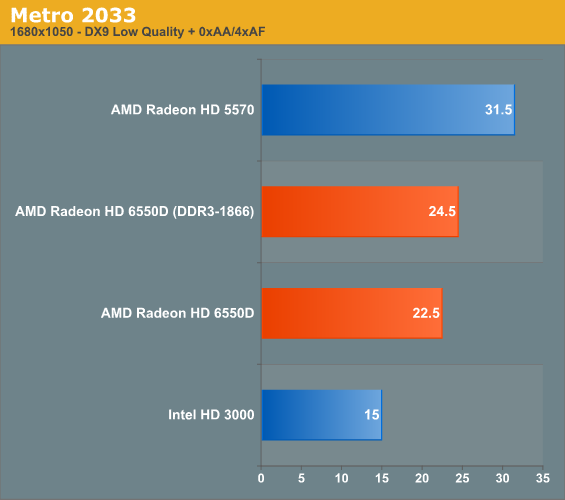 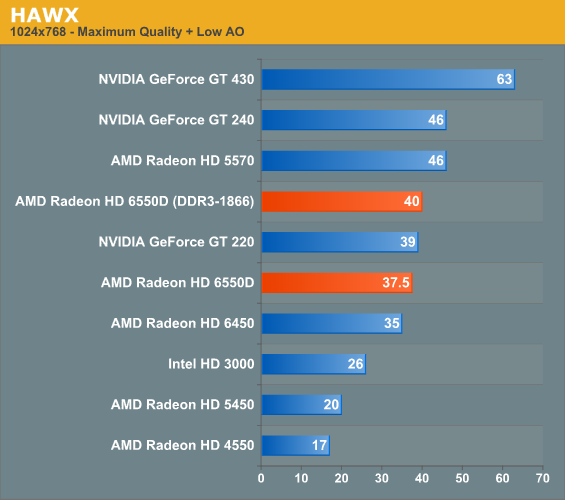 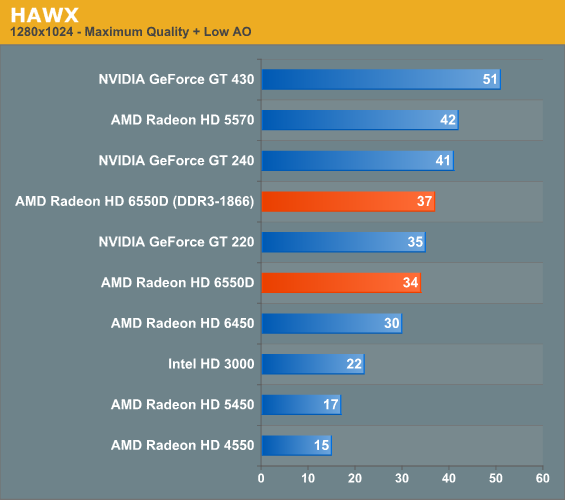 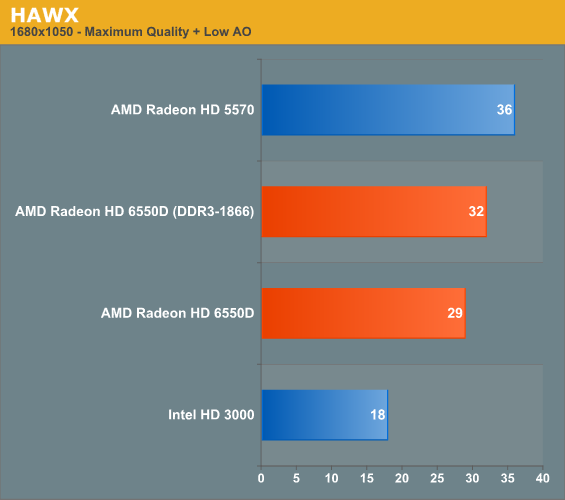 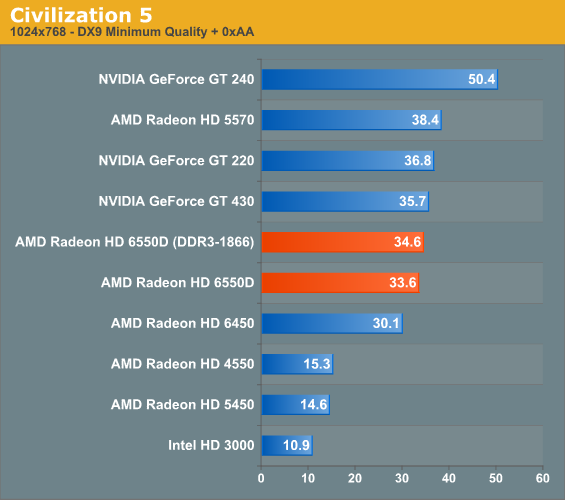 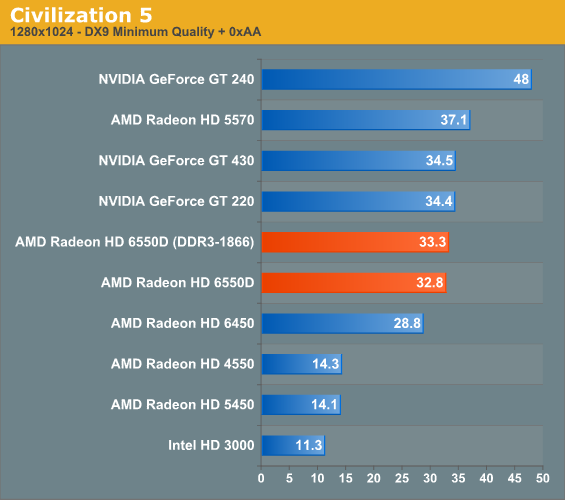 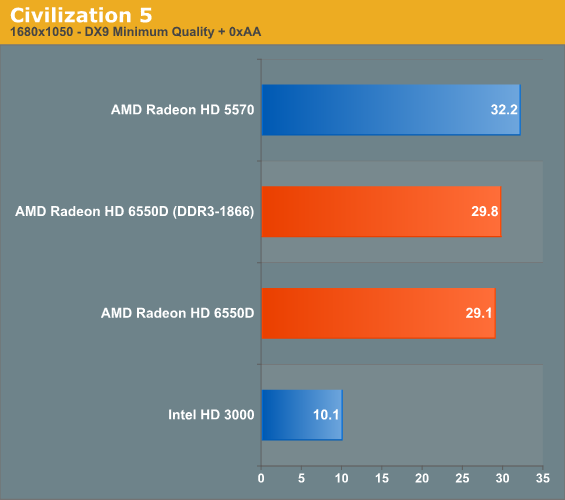 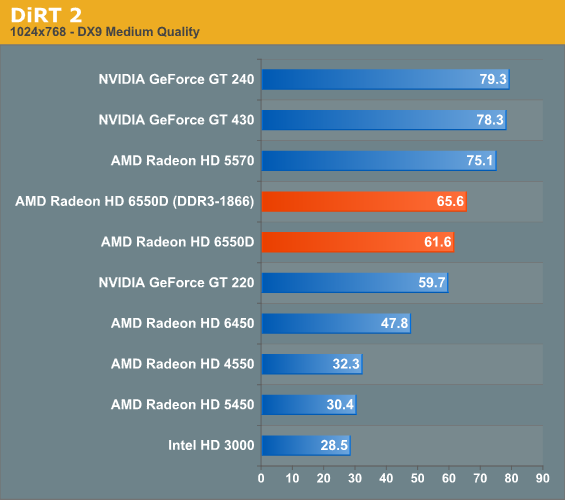 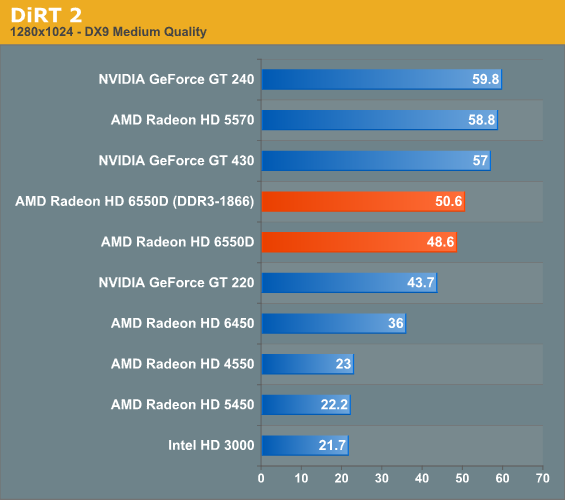 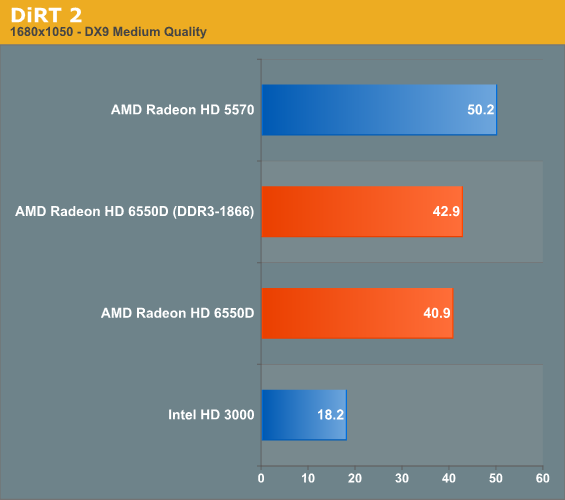 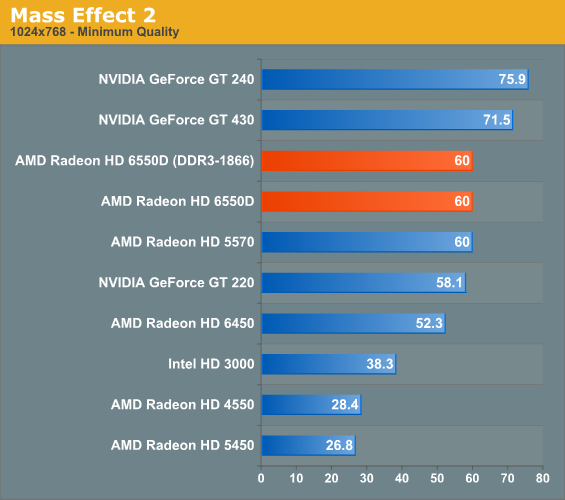 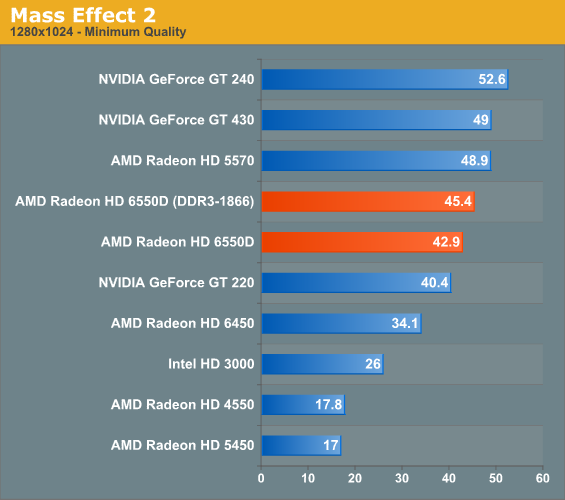 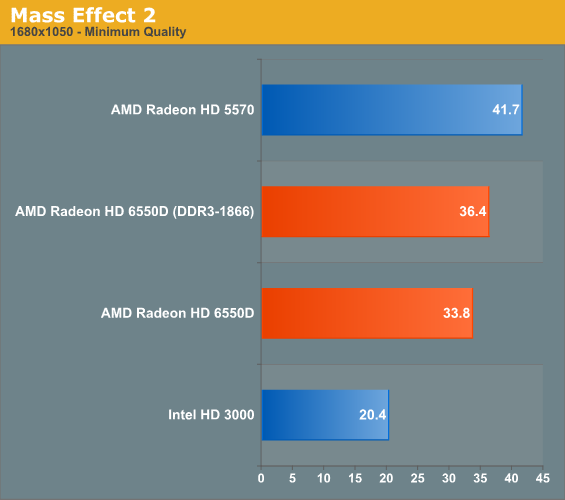 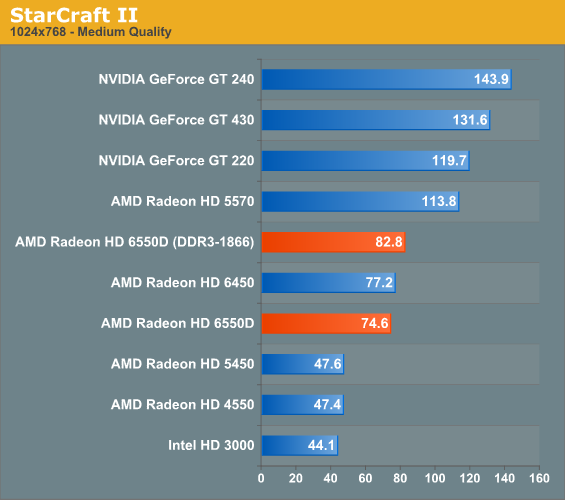 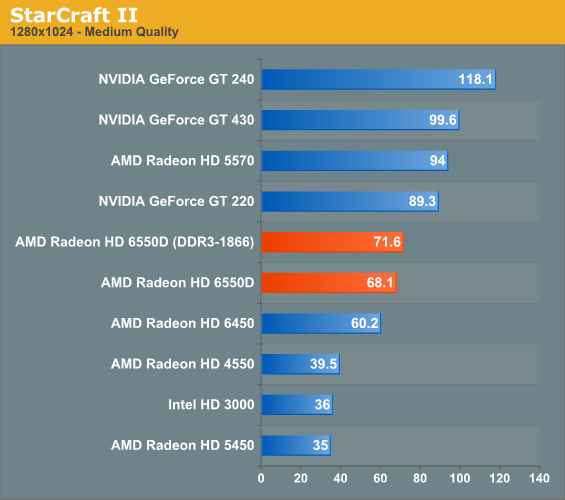 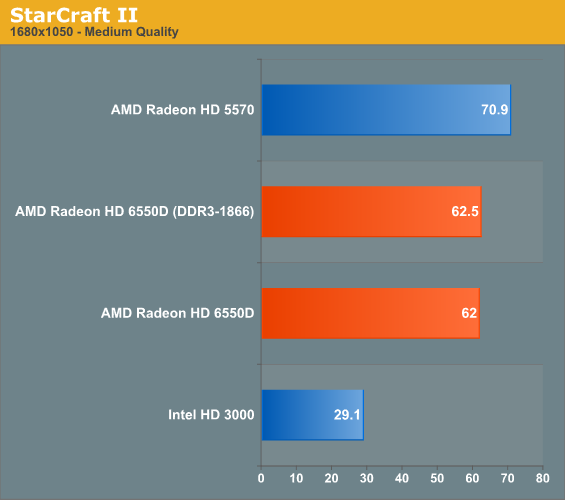