For those of you with a 3D TV or a 3D Vision kit, this will likely be of interest to you.

Today Google will be officially activating stereoscopic 3D video support on YouTube. Google has been experimenting with stereoscopic 3D support as early as 2 years ago, but the feature never left the dark depths of alpha testing. Since then Google has worked out the kinks in the system, and along with some new features in HTML5 is formally launching it today. 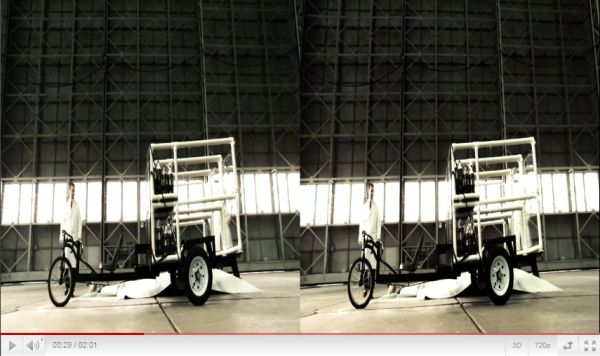 In the short term this won’t do much to resolve the dearth of 3D content – seeing as how a great deal of professional content is still locked behind various CE exclusivity deals – but with any luck it should make the sharing of such content easier than sending files back and forth as it currently stands.

Meanwhile how YouTube is going about this is interesting, since it’s not so straight forward. Ultimately YouTube is supporting 3.5 different ways of displaying 3D content, due to the lack of any de-facto method of receiving 3D content. For older DLPs, passive polarized TVs, and other “simultaneous image” systems, an interleaved mode is offered that can do row/column interleave along with checkerboard patterns. For more recent TVs that can accept side-by-side frame packing (both passive and active), side-by-side is being offered. For those of you with old-school anaglyph glasses, that’s also being supported in red/cyan, green/magenta, and blue/yellow combinations. All of this is offered through Adobe Flash. 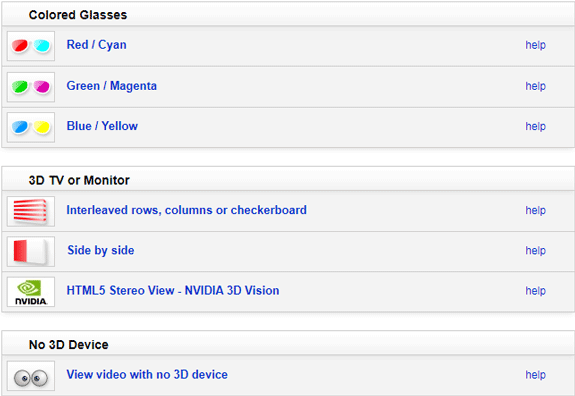 Last, but certainly not least is the .5 and likely the most relevant for our discussion: HTML5 for computers. HTML5 still uses side-by-side, but it also includes a flag to tell the browser that it’s going to be playing back stereoscopic content. With knowledge of the flag, the browser can change the device's display settings on the fly rather than passing a “dumb” image on for the display to process. on paper it’s the most user friendly option, and no doubt Google’s favorite given their stake in HTML5. And since it’s based around HTML5, it’s using WebM rather than H.264 under Adobe Flash.

Given that HTML5 still isn’t complete though, YouTube’s HTML5 implementation is also easily the more experimental configuration. At this point of the browsers that support the WebM codec it only works under Firefox 4, and strangely not Google’s own browser. In turn only one 3D display system currently works with Firefox: NVIDIA's 3D Vision. This shouldn’t come as any surprise given NVIDIA’s continued investing in 3D Vision compatibility for games and applications, but for the moment NVIDIA has a first mover advantage with YouTube’s 3D stereoscopic support. Google expects additional software and hardware packages to support the format in the future, once they implement the appropriate parts of the HTML5 draft standard.

We should note that the fact that all of this is rather experimental shouldn’t fall on deaf ears. As it stands YouTube’s HTML5 stereoscopic 3D support basically combines all the glitches of the YouTube HTML5 player with all the glitches of windowed mode 3D Vision. Since Google started enabling the feature late last night we’ve only been able to get the stereoscopic 3D player to periodically work. No doubt Google and NVIDIA will continue to work out their respective bugs, but for the time being it’s definitely a work in progress and not as easy as it’s supposed to be.

Update: After chatting with NVIDIA, it turns out SLI + YouTube is a no-go. SLI must be disabled on a system level for this to work.

Finally, as far as quality is concerned it’s a mixed bag. Regardless of any differences between H.264 and WebM, YouTube isn’t doing full resolution 3D. As we noted before, everything is either interlaced or side-by-side frame-packed, so the effective resolution per eye is either one-half vertical or one-half horizontal depending on the method used. Active shutter based systems can display each image at full resolution – hence the reason we’re going to see NVIDIA tout their support for full HD 3D – but ultimately roughly half the lines are being interpolated. However the source being half-resolution is consistent with most other 3D offerings right now due to bandwidth and decoder limitations; Blu-Ray 3D is still the only widespread media that offers full HD 3D.