More about LTE and Implementation Details

First off, LTE is entirely IP-switched. Gone are circuit-switched components, and in their place is an all-IP network. There’s one radio component, the eNodeB (e again for evolved) that user equipment talks with. Likewise, there are really only three main components in the evolved packet core. First is the PDN Gateway, which faces the internet, outside networks, and serves as the anchor point between 3GPP and 3GPP2 (1xRTT and EVDO) networks. The second component is the serving gateway (SGW), which essentially is a router facing all the eNodeBs on the network. The final part of the network is the mobility management entity (MME), which provides the control interface for mobility, authentication, and plays a critical role in handover. 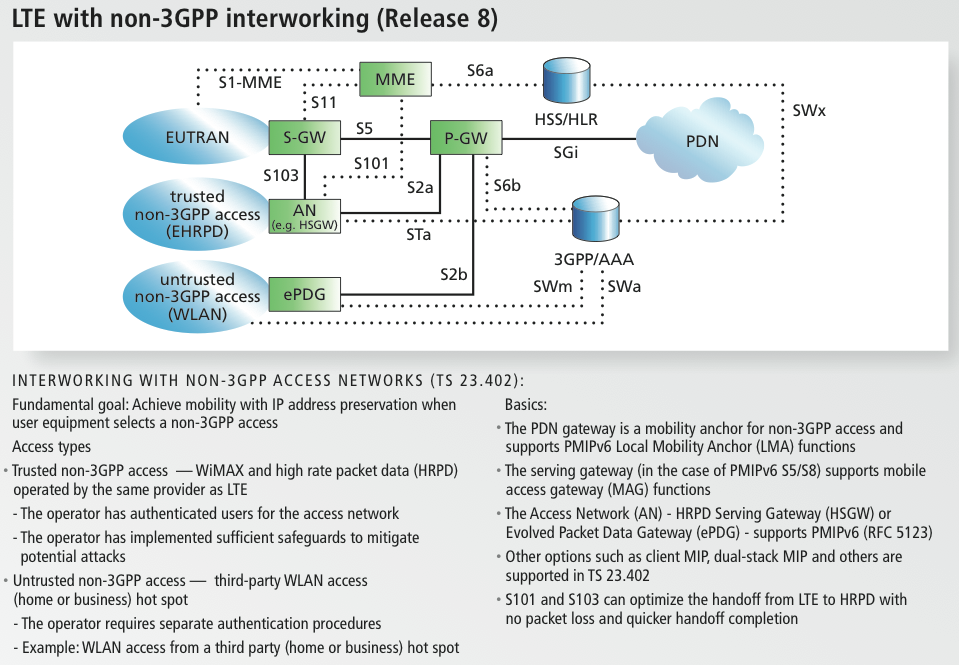 Every LTE device gets a persistent IP address from the PDN Gateway at power on, which it keeps for the duration of its time attached to the network. Contrast that to UMTS where equipment is assigned a per-data-session IP address, though in practice it ends up being the same one for the duration of attach. Every component inside the evolved packet core has an internal IP address. To reduce idle-active time and signaling, there are fewer signaling states in LTE than even HSPA+ and much faster state changing. The result is a much simplified architecture that lets devices start transacting data faster and get into sleep quicker, which means lower latency. It’s a network architecture completely designed around delivering data throughout the network efficiently.

I mentioned earlier that there’s an obvious emphasis in almost all the new 4G networks on data first, voice second. That’s primarily a result of the fact that data use has passed an inflection point and continues to explode, whereas voice use has remained relatively constant. As a result, there’s no actual voice support in 3GPP Release 8 (the current LTE deployment). Voice support only comes in Release 9. As an aside, only 3GPP Release 10 enables LTE Advanced which fulfills those ITU rules that originally defined “real” 4G (100Mbps mobile, 1Gbps stationary).

Further, voice on LTE doesn’t really exist right now even in VoIP form because handover in practice isn’t entirely perfect. There’s an odd second or so long pause that happens sometimes as the data session context is transferred from eNodeB to eNodeB (or back to the serving gateway, then across), though in practice handovers should be around 50ms. Remember that in LTE, all handovers are hard handovers. As network deployment continues, base station and equipment manufacturers will no doubt make handover more and more refined and networks will begin to be robust enough for VoLTE to make practical sense. For the immediate future, however, voice still will require a hard handover to 3G UMTS in the 3GPP camp, or 1x voice on the 3GPP2 camp.

In the current deployment, incoming call signaling happens on LTE to the handset, the phone does a hard handover to 3G for the call to take place, and after the call is finished the handset hands back up to 4G. Verizon’s 4G LTE deployment uses good ‘ol 1xRTT for voice, and 3GPP camp UMTS network operators (like AT&T) will have devices fall back to 3G UMTS or even 2G GSM for voice. The HTC Thunderbolt is a special case since it has an interesting dual modem architecture that enables simultaneous 1x voice on one modem (the baseband on the MSM8655) and 3G or 4G data on another baseband (MDM9600). 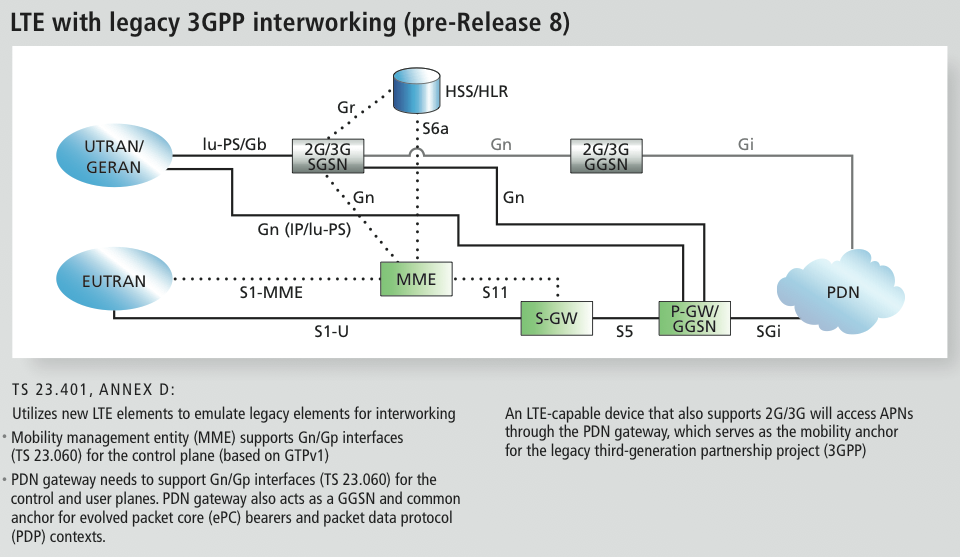 I guess that also serves as a decent segue into how data coexists with 3G networks in a 4G LTE network. Since LTE is a 3GPP camp technology, the situation is relatively simple for earlier legacy 3GPP networks. In such a mixed environment, UTRAN (from WCDMA) coexists with EUTRAN from LTE through some emulation at the mobility management entity. Access to the internet happens through the PDN gateway for both legacy network access and LTE 3GPP. This is how AT&T and most of the world’s carriers running GSM/UMTS/LTE will initially deploy. As things evolve and the 3G side of 3GPP also gets updated to Release 8, there’s better native support for UTRAN and EUTRAN to both maintain their own respective connections without a PDN gateway. 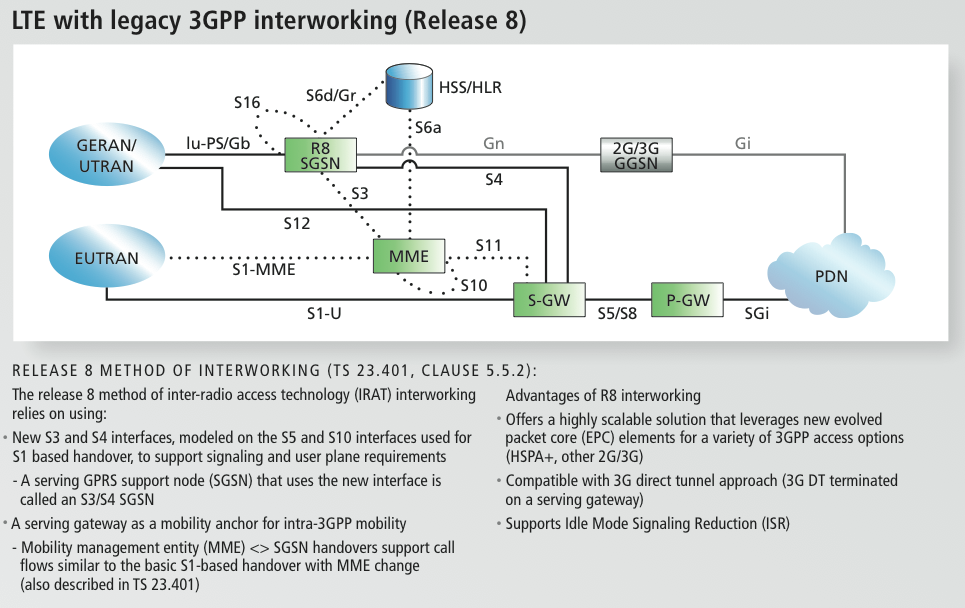 On the other side of the spectrum is how Verizon and other 3GPP2 camp networks will deploy LTE. This is what we tested and what’s already out in the wild right now. The situation here is a bit more interesting since the network architecture has to be able to hand data sessions from LTE back to EVDO/1x and maintain IP addresses and data sessions across both. To do so, it uses EHRPD (as opposed to HRPD—High Rate Packet Data used in EVDO). Again, all this really means is that traffic from both LTE’s EUTRAN and 3G EHRPD are anchored to the internet through the PDN Gateway.

To make 3GPP and 3GPP2 coexist, publicly routable IP addresses are no longer assigned directly to clients. The result is that clients don’t get their own truly public IP address. The downside then becomes that clients can’t run servers of their own. That’s great for carriers trying to enforce their subscriber contracts, but terrible for end users trying to use LTE for applications that require them—VoIP, VPN, and matchmaking based multiplayer games are easy examples. You can make a trade off and still use HRPD with routable IP addresses on most modems, but LTE and the default coexist 3G/4G modes on user equipment mandates EHRPD.

The last part of the puzzle is what speeds are like, in theory. This is a bit more complicated since LTE includes support for a variety of different channel sizes (1.4, 3, 5, 10, 15, and 20MHz) in both TDD and FDD modes and user equipment categories (with different MIMO and modulation scheme) support. As a result, what maximum theoretical speed is truly the right one depends on how much spectrum carriers support in each market, and how fancy of a device you have. LTE only really shows speeds way beyond 3G when given wider channels, if you assume the same set of features (higher order modulation schemes, MIMO, etc.) right now. 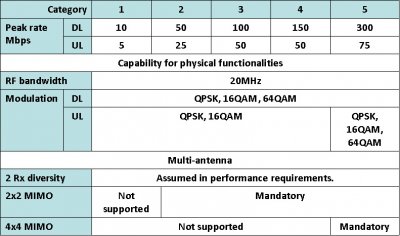 Verizon as mentioned earlier is currently running 10MHz channels FDD, AT&T is trying to acquire enough AWS to enable 20MHz channels, and Clearwire has enough spectrum up between 2.5 and 2.6GHz for 20MHz FDD which they’re currently already running trials of in Phoenix. I’d love to test that out.

All of Verizon’s launch LTE devices we’ve tested are built around Qualcomm’s MDM9600, which is a category 3 device with 2x2 MIMO and downlink beamforming. 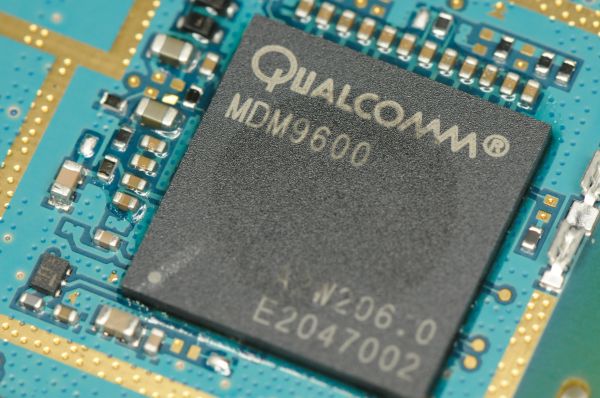 Only the LG VL600 is based on a different cellular baseband, LG’s own L2000 chipset for LTE and the MSM6800A for CDMA2000/EVDO. In Verizon’s open access specifications, it notes that all 4G LTE devices are category 2 or 3. In addition, Verizon’s LTE deployment sits on 3GPP band 13, which again uses 22MHz of FDD paired spectrum in the upper C band. That works out to two 10MHz channels allocated for uplink and downlink. For comparison, AT&T currently has mostly lower B licenses, with some markets having both lower B and C. 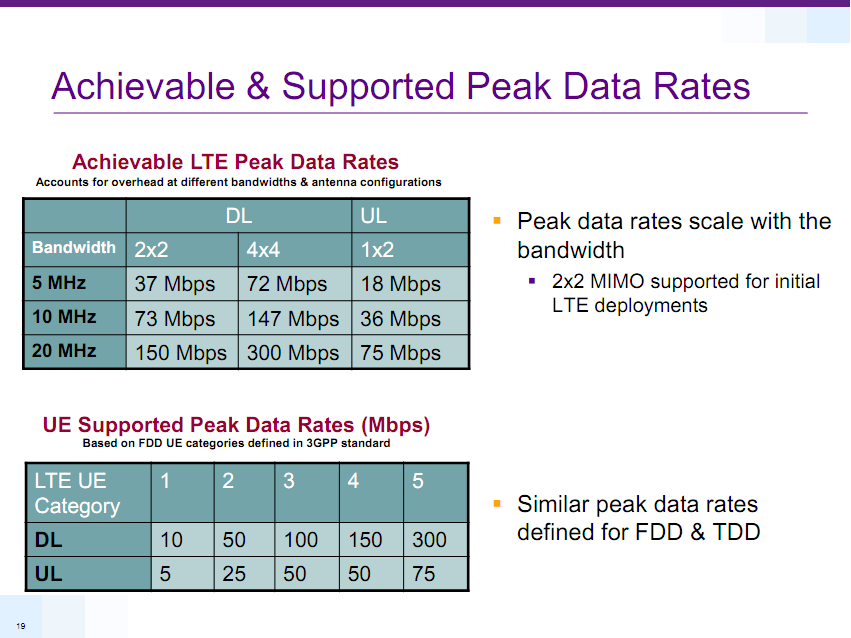 Of course, those two speeds are achievable only in best case signal environments with two spatial streams. In reality, real world speeds will be lower as we’ll show shortly. That said, the speed gains still are an order of magnitude above the current state of 3G speeds. In addition, it seems highly likely that carriers will initially shape traffic to simulate loaded cell performance and not create unrealistic performance expectations.

LTE also supports both IPv4 and IPv6. I was always assigned an IPv6 address on 4G LTE, but sadly didn’t test this enough to come to any definitive conclusions about it. On EVDO, only an IPv4 address is assigned. The IPv6 address that I was assigned did seem to be public. 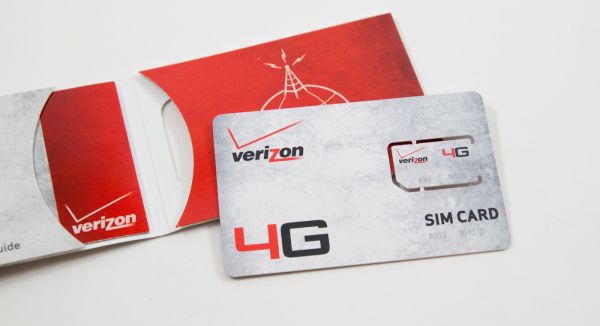 Finally and importantly, Verizon’s 4G LTE implementation stores both USIM and CSIM data on their UICC. As a result, there’s no longer a need to call support, hand them an ESN, and wait to change between devices. I successfully took Verizon's preprovisioned SIM from the UML290 and stuck it in the Samsung SCH-LC11 hotspot, and immediately got online without any issue. I'd expect full device portability to be a non-issue between devices that attach to similar service plans. This is a huge feature if you intend to swap between phones a lot or are in a situation where sometimes a USB modem makes most sense, sometimes a hotspot.