It's unfortunate that Windows Thin PC's licensing terms are so restrictive, because it's largely similar to the standard editions of Windows 7 in terms of what third-party programs can be installed - I could see Windows Thin PC being popular among the subset of the Windows community that uses third-party modding tools like nLite or vLite to strip absolutely everything they can out of a standard Windows install.

To satisfy the tinkerer in me, I decided to try installing a few things in Windows Thin PC and seeing how it reacted - what do all of the space-saving cuts do to impact normal use of the operating system?

For starters, standard Windows 7 drivers installed on my Thin PC just fine, and Thin PC doesn’t disable Aero or the audio service or anything to save on resources (in Windows Server, for example, these services must first be installed and then enabled if you want them).

My first roadblock came when I tried to install the Microsoft Security Essentials antivirus program, which threw up a compatibility error message and wouldn’t install. If I had to guess, I'd say that this has something to do with the absence of Windows Defender in Thin PC, since it and MSE share spyware definitions and some other elements. 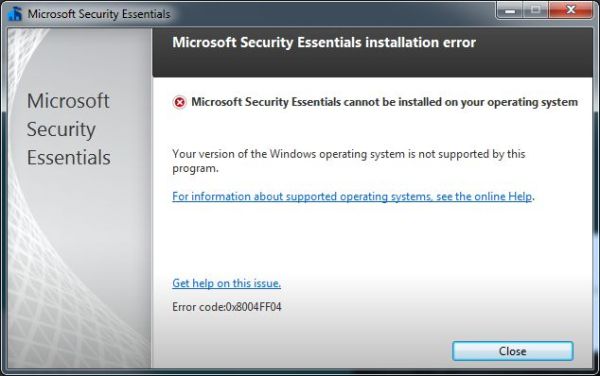 For the sake of testing I grabbed a copy of AVG Free and it installed just fine - as we'll see below, most standard Windows programs install on Thin PC just as they would on Windows 7, so it seems safe to assume that most other standard antivirus packages will work without issue. After Windows Thin PC's eventual release, we may see an updated version of Security Essentials that supports the new OS.

My computer now protected from viruses, I downloaded Chrome and set up my sync account. I encountered no problems watching YouTube or Hulu videos (meaning that Flash was intact), though in general Web browsing Windows Thin PC’s missing fonts do very occasionally cause rendering problems.

There’s surprisingly little to report, in most cases: I began by installing smaller packages and then worked my way up. Adobe Reader and the .NET Framework 4.0 installed fine, as did the Windows Live Essentials 2011 suite. Microsoft Office 2010 Professional Plus, likewise, installed and ran normally, as did Photoshop CS5. Clearly, there's nothing preventing more complex software from running on Windows Thin PC.

...At least, as long as said software doesn't depend on something that's missing. My efforts to install SQL Server 2008 were thwarted by the absense of pre-4.0 versions of the .NET Framework, and since versions 3.5 and earlier are normally baked into Windows 7, there was nothing I could do to get it installed (though I'm sure, with enough effort and collaboration, the Internet could have gotten it working).

Enough of the productivity programs! My next task was to download and install Steam and a couple of simple games - the DirectX diagnostic tool showed that DirectX 11 was present and accounted for, but I wanted to leave as few stones unturned as possible. I noticed absolutely no issues with Torchlight, Audiosurf, or World of Goo, three different games from three different developers, and noticed no differences between Windows Thin PC and regular old Windows - the games and their dependencies installed and ran without a hitch.

If you're running more resource-intensive games, you may need to turn virtual memory back on, but I could see something like Windows Thin PC finding a niche among the same gamers who religiously shut off their antivirus whenever they go to play something - the people who want to get the most out of their gaming rig's every megabyte.

So, with the sole exception of Microsoft Security Essentials, so far every Windows program I tried installed and launched successfully on Windows Thin PC, and even after installing all of the programs listed above (with the exception of SQL Server 2008) I was only using around 10 GB of my hard drive, just a little more than a stock Windows 7 Ultimate install on the same computer. Turning virtual memory back on would bump this up by a couple of gigabytes, but that’s still pretty impressive reduction in disk usage. It's not perfect, but I'm sure Windows Thin PC could find a niche among low-resource computing enthusiasts and gamers who want to get the most out of their system's every gigabyte if Microsoft ever chooses to release it (or something like it) out into the wild.