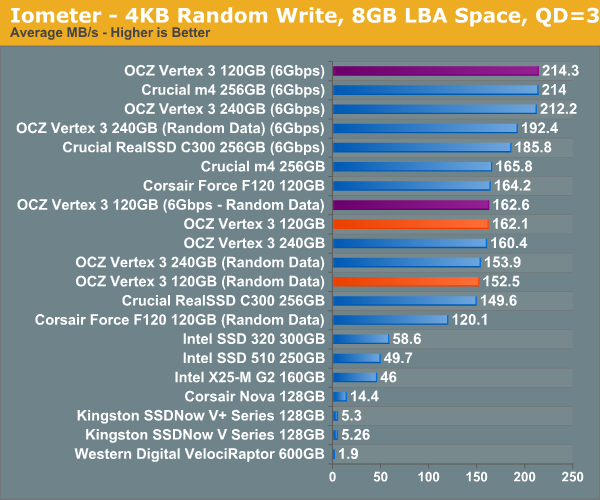 Peak performance on the 120GB Vertex 3 is just as impressive as the 240GB pre-production sample as well as the m4 we just tested. Write incompressible data and you'll see the downside to having fewer active die, the 120GB drive now delivers 84% of the performance of the 240GB drive. In 3Gbps mode the 240 and 120GB drives are identical. 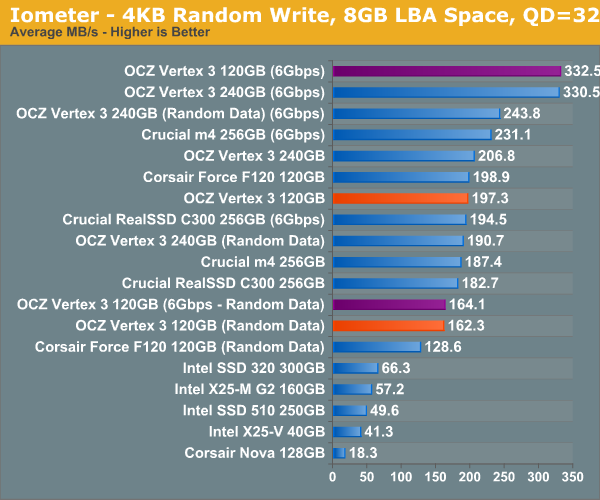 At high queue depths the gap between the 120 and 240GB Vertex 3s grows a little bit when we're looking at incompressible data. 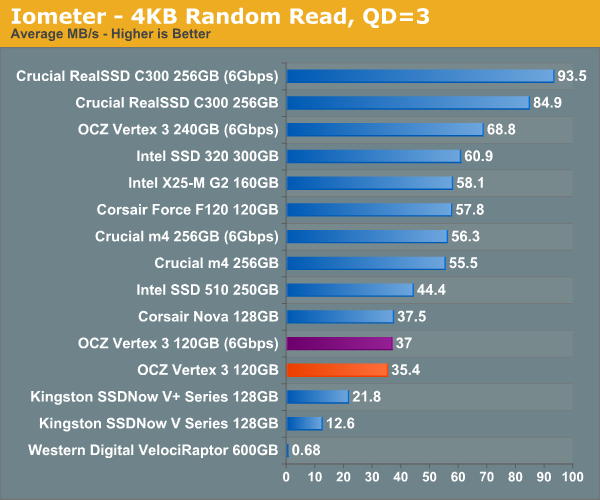 Random read performance is what suffered the most with the transition from 240GB to 120GB. The 120GB Vertex 3 is slower than the 120GB Corsair Force F120 (SF-1200, similar to the Vertex 2) in our random read test. The Vertex 3 is actually about the same speed as the old Indilinx based Nova V128 here. I'm curious to see how this plays out in our real world tests. 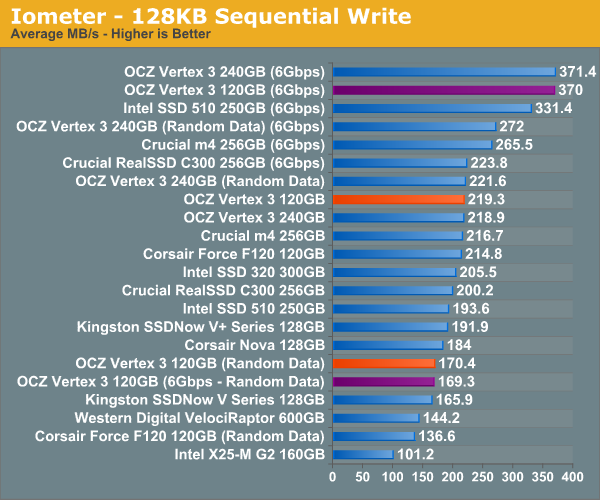 Highly compressible sequential write speed is identical to the 240GB drive, but use incompressible data and the picture changes dramatically. The 120GB has far fewer NAND die to write to in parallel and in this case manages 76% of the performance of the 240GB drive. 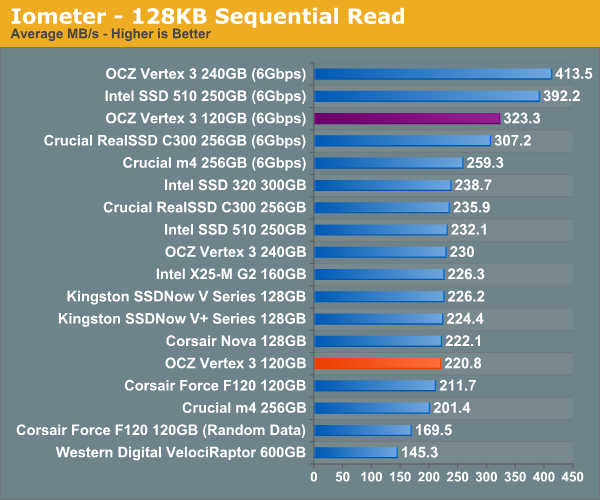 Sequential read speed is also lower than the 240GB drive. Compared to the SF-1200 drives there's still a big improvement as long as you've got a 6Gbps controller.