The rear facing camera is native 1280x720 and unsurprisngly captures 720P video. It's essentially the same quality as the iPod Touch, which doesn't come as a surprise at all. There's been considerable discussion about whether this back sensor is optimized (or intended) for video. Given that 1280x720 size, it seems obvious this is likely the case. As we'll show, video on the iPad 2 is actually very good, it's still capture that suffers.

In all honesty, 720P video capture on the iPad 2 is almost as good as the iPhone 4. In addition, there's no apparent change in magnification when switching into video mode on the iPad 2 like there is on the iPhone 4. This is again because 160 pixels are tossed away on the left and right sides in still mode. Unfortunately there's no way to capture a 1280x720 still from the iPad 2 unless you shoot video and manually grab frames. Video on the rear facing camera is captured at 1280x720 at 29.970 fps H.264 Baseline (1 reference frame) at 10.6 Mbps. Audio is 1 channel AAC at 64 Kbps.

Like other iDevices, you can view the actual aspect correct capture frame by double tapping on the preview. 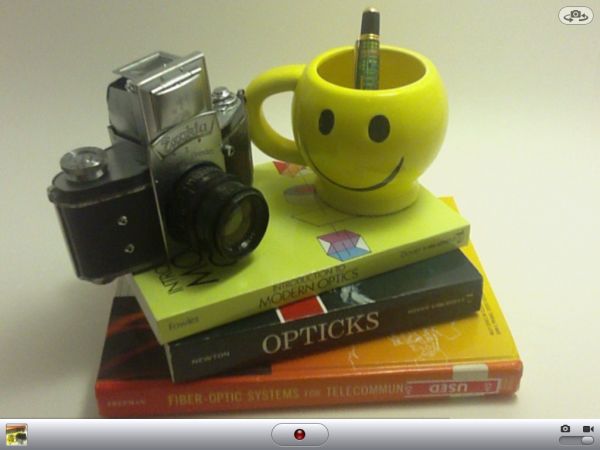 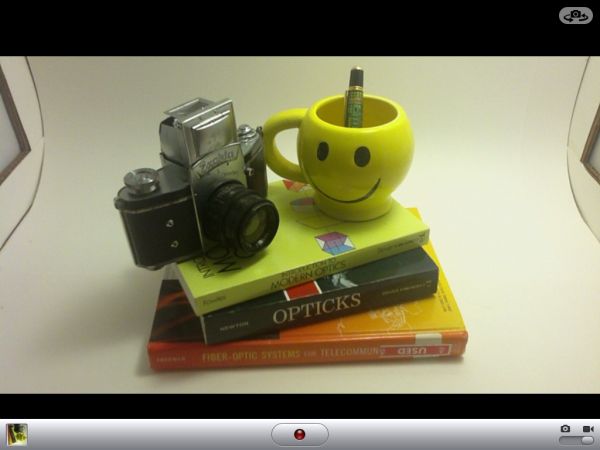 I took two video samples with the iPad 2, one at our usual bench location in afternoon lighting, another outside the local cafe at night to show low light performance. As usual we've uploaded both to YouTube as well as hosted originals in a big 7-zip (186 MB).

The iPad 2's 720P rear facing video capture sample in daylight is actually pretty impressive and on par with all the other iDevices. Apple still has class leading quality at 720P even when competitors are doing encodes at 1080P, and at this point it looks like their ISP and encoder is roughly the same as the A4's.

I also took one more video at another location at night. I start outdoors and then go indoors into a cafe to give a feel for low-light performance.

In spite of being just VGA the front facing video quality is quite decent. No doubt Apple is making a concious effort to go with lower resolution sensors (but with bigger pixels) instead of pushing for more megapixels on the front camera. It's a tradeoff that makes the front facing cameras on iDevices better in low light. Until FaceTime gets HD on mobile devices (and we get more mobile upstream bandwidth), VGA seems good enough.

It's still quality on the rear facing camera that's really disappointing. Still images are again cropped to 960x720 (4:3). The images are simply noisy and underwhelming all around. The competition is shipping higher resolution front facing cameras than what's in the iPad 2's rear facing camera, and the result is that the thing feels like it's saddled with two sub-par cameras.

We've done the usual thing and taken photos with the front and rear facing cameras in our smartphone lightbox and at the bench locations. In addition I shot photos with the iPad around town and everywhere I carried it with me.

The front facing camera seems to have some odd white balance issues, as it shows a reddish cast in our lightbox. Out in the wild, I never ran into any serious performance issues with the front facing camera, and honestly VGA seems fine for the time being until mobile devices get the bandwidth to juggle 720P videoconferencing.

I guess the issue I have with the iPad 2's cameras is that the back one already seems woefully insufficient. Apple has already demonstrated that it's possible to both have a thin device and awesome cameras with the iPhone 4. Coupled with onboard HDR, the iPhone 4 still delivers images that rival all but Nokia's best. It's just puzzling why a device that costs substantially more out the door than the iPhone 4 delivers such subpar still capture quality. In reality, thickness is probably the most important constraint here, as the iPhone 4 is thicker than the iPad 2 and thus Apple couldn't simply toss the iPhone 4 cameras inside the iPad 2. I won't speculate about Apple's motivations for going with these cameras, but the end result is a rear camera that honestly doesn't impress.

Compared to the Xoom 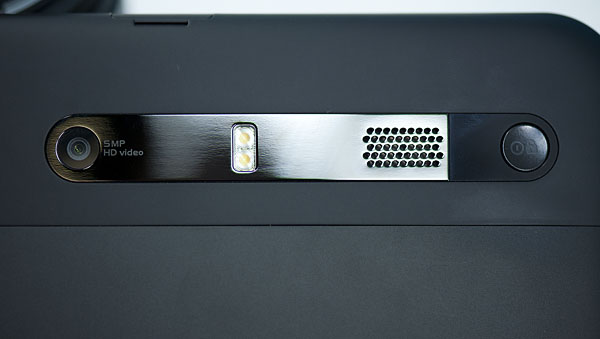 The Motorola Xoom's rear camera captures at 2592 x 1944 (5MP) and is assisted by an LED flash. This gives the Xoom's rear camera a 7.29x higher pixel count than what Apple offers with the iPad 2. But do more pixels mean a better looking picture? Well in this case, yes. 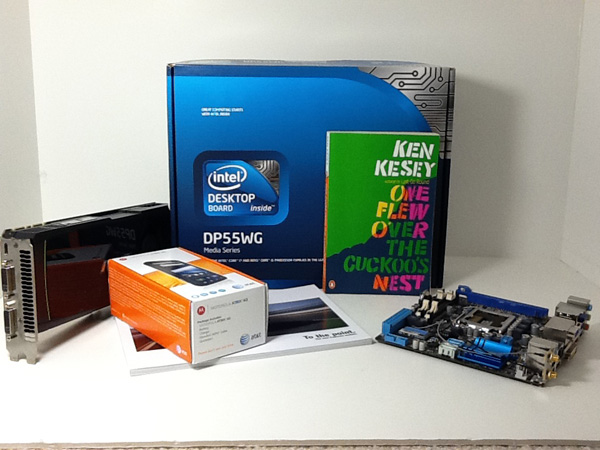 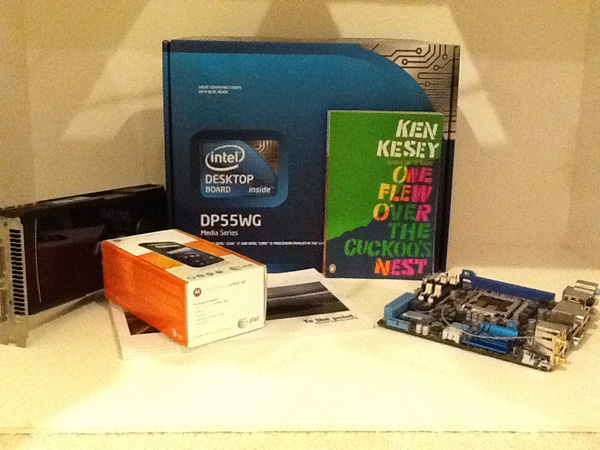 The iPad 2's rear camera predictably produces very saturated colors like the iPhone 4. The rear sensor is very noisy in low light situations and it's not very sharp on top of that. You'll also notice that Apple's funny white balance algorithm acts up in the shot with two external lights vs. one external light.

The Xoom by comparison is pretty consistent in terms of white balance. Motorola also produces a sharper image, although the colors are far too hazy. If Apple over compensates for color saturation, Motorola tones it down a little too much. The LED flash keeps the shot with no external lights from becoming too noisy but it also royally screws up the white balance, making the image a bit too green.

As we mentioned in our review, the Xoom is surprisingly potent when it comes to taking pictures. It's by no means great, but it's way better than the iPad 2.