I have to be completely honest here, the original iPad didn’t really ever fit in with my workflow. I carried it around for about a month after our initial WiFi iPad launch review, realized I was never using it, and then left it on my desk where it sat unused for months. Only after my significant other expressed interest in using it did that iPad 1 ever see any real use. 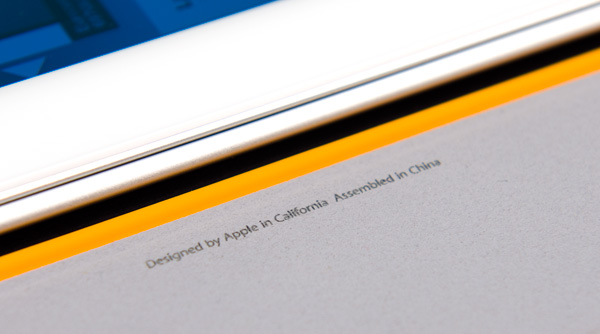 Some of that is cause, some of it is effect, and I keep going back and forth about which really is the case. On one hand, the iPad never really fit into my workflow because I already had a tablet - a Latitude XT (yes, really), that I had been using for nearly 3 years to take One Note notes with. Before then, my go to note-taking device was a Samsung Q1 Ultra-V UMPC (laugh all you want, that thing was slow but could easily last 10 hours with the larger battery). Lack of an active digitizer on the iPad and no viable meat-stick styli virtually ruled out the original iPad as a note-taking utility at that point, and what I had already was working fine. Strike one. Essentially everything I could do on the iPad I could do with a smartphone, and it became just one more thing to carry around, plug in at the end of the day, and find a use for in-between. The iPad was fast at loading webpages, but never quite fast enough to supplant a desktop or even modest notebook. Strike two. Though there were more and more iPad apps every day, many of the core programs I found useful on iOS hadn’t been ported to the iPad size yet, and I simply lost interest. Strike three. The whole thing just didn’t work for me beyond being an occasional distraction when at home.

The other problem was that the initial iPad launch was WiFi only. Anand grabbed a 3G version when it launched, but honestly by the time the 3G iPad launched my interest was already waning. I figured I could just tether my WiFi version from any number of smartphones or MiFis and get the same experience for cheaper.

I feel I didn’t give the first iPad a fair shake at fitting into my workflow, so I’m going to give the whole thing another shot with the iPad 2. My girlfriend uses the original iPad to take notes constantly, and uses a simple stylus to get the job done. Web browsing is considerably faster now - I no longer yearn for a notebook every time I load something of average complexity online. There are many many more ports of iOS applications I care about into the tablet form factor - Twitter, Alien Blue HD, Dropbox, GoodReader, and IP Cam Viewer just to name a few. Already with the 3G version I feel like I can use the thing whenever I’m out and about without having to make sure I have a device with tethering or one of my USB modems near me. 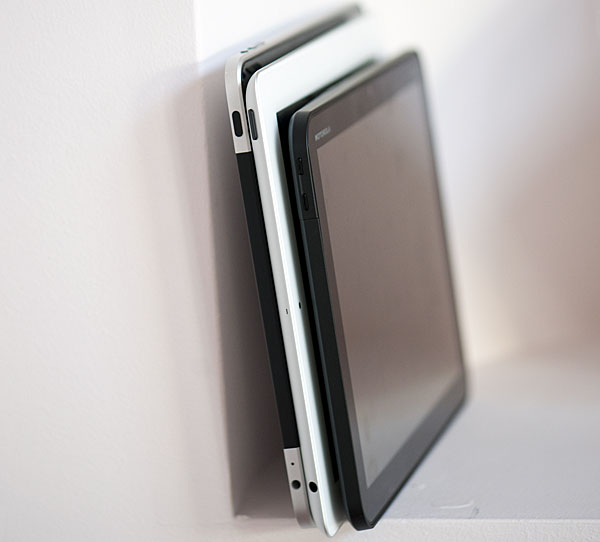 About half of my sections for this review were written on the iPad 2 by sharing the same pages document back and forth between the desktop version of pages and its iOS equivalent using iDisk. I feel like even staying in Apple’s ecosystem the experience is less than flawless. The problem with using something like iDisk is that you have to manually keep track of versioning. On the iPad for example, you can’t “open” a pages document from iDisk so much as you can “import” it, edit it, then export it back up to iDisk to edit later from the desktop. It’s a terrible ad-hoc way of sharing files, and beyond doing things one at a time makes for a colossal headache. What the iPad needs is a true automatically synced filesystem that doesn’t require the desktop to work - ideally, what I want is the ability to just use dropbox the same way I do everywhere else.

I ended up buying the original iPad when it launched, mostly out of sheer curiosity as to what Jobs and Co. had cooked up for the tablet market. It lasted just about 12 days before I took it back. I was impressed by the hardware, particularly the IPS display and the aluminum unibody, but like Anand and Brian, I had basically no use for it. There weren’t many iPad-specific apps, and the ones that were available tended to be buggy and slow. Document creation was a pain, there was no multitasking, and it didn't really end up being a whole lot more useful than my iPhone. 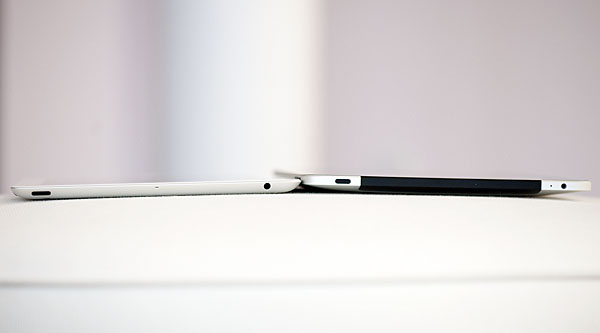 The multitasking issue was fixed with iOS 4, the issue with apps fixed itself over time (thank you, developers), Google Docs Mobile launched, and voila, I could actually use an iPad for something other than bouncing around the web. I no longer had my iPad, but I borrowed my father's iPad for CES, just to see if I could get by. I ended up carrying a notebook as a backup, but when I was on the show floor, I found that I didn't really ever need it unless I was typing up an article. But it was still a little slow, a little heavy for prolonged mobile use, a little awkward for typing.

On a hardware level, the iPad 2 fixes a lot of my previous complaints. The new industrial design makes it significantly easier to hold, and a lot better looking. Plus, it's available in white, an instant bonus in my eyes. The Smart Cover is actually surprisingly useful for using the device as a stand, both for the keyboard and to stand it upright. I inherently hate cases, and I hated Apple's case for the original iPad more than most, but the Smart Cover is legitimately useful to me. The device itself is more polished than the first iPad, and the internal changes make it a lot faster in practical use.

But this story isn't over by any stretch. The iPad 2 will be complete when iOS 5 releases later this year, when the software catches up with the hardware. The iPad release cadence appears to be 3-5 months ahead of the iPhone/iPod touch/iOS releases, and the next revision of iOS will likely ship with the next generation iPhone.

I’d honestly expect iOS 5 to revamp the UI at least slightly, and if it can significantly change the way iOS deals with multitasking, we could see the iPad suddenly become a legitimate productivity tool, one that can supplant a notebook for all but the most strenuous tasks. The tablet space has already started to kill off netbooks, meaning that enough people can already get by on a tablet well enough to not need what is essentially a scaled down notebook, and I think we’ll see the tablet space kill off cheaper notebooks in general as we go forward.

So I’m going to give it another go, this time without a backup notebook in hand. I want to see if the iPad can be used as a real productivity tool, something that in a pinch, can replace a notebook. There’s still some things that are missing - widgets, better notifications, and a built-in iChat or equivalent app, in particular, would be great to see, along with an SD card slot and higher resolution cameras front and back. I wrote this on the iPad, using the Smart Cover to prop this up, and I was pleasantly surprised as to how much I could get done. We’ll see, but I’d bet that this iPad is definitely not being returned.

Brian and I tend to see eye to eye on a lot of matters and the iPad is no exception. We both liked the original device, but we both found ourselves casting it aside completely as the months went by. Just like Brian, I couldn't integrate the iPad into my workflow.

I do most of my work on a desktop (these days a laptop pretending to be a desktop). When I travel I need a notebook of some sort. I've got a MacBook Air that I carry with me if I just need something lightweight to do work, and a MacBook Pro if I need to do a lot of work on the road. While you can technically write articles, prepare HTML, edit images and post all of it via the iPad, it's still no where near as quick to do so as it is on a notebook for me. As revolutionary as touch is as an input form, the mouse is a very tough act to follow. Then there's the issue of multitasking and the fact that switching between apps is still far too much of a pain compared to a desktop. Data sharing between apps is much better on a desktop/notebook. 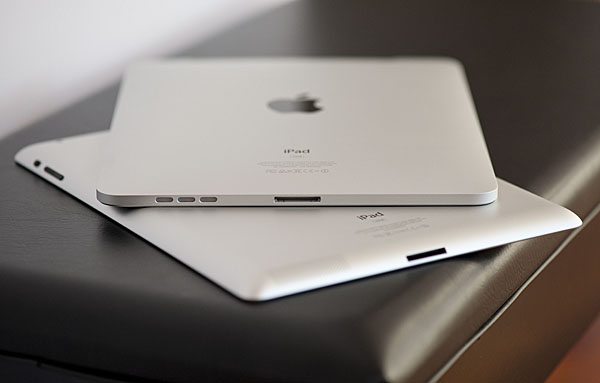 I really like the iPad 2, I feel like it's an awesome device - I just have pretty much no use for it. It complicates my life it doesn't make it any easier. I find that it's far more relaxing to use than a notebook but it's also extremely limited it what it can do for me. I'm giving my first generation iPad to my parents and I'll probably end up doing the same with the iPad 2 eventually.

Again, like Brian, I'm going to give the iPad another try. This time I'm going to try to keep it further away from my desk and use it as the go-to device when I'm elsewhere in the house. I really don't have high expectations for integrating it into my daily life but there's no harm in trying.

I stand by my original assessment of the iPad - it's a luxury device that augments and doesn't replace anything in my computing arsenal. It's yet another device that I have to keep updated, buy software for and keep my data synced across.

I see real potential in the tablet as a form factor and the iPad 2 is a definite example of that. With some minor tweaks to the design the ergonomics of the iPad improved considerably and thus so did its usability. Once Apple (and its competitors) go through a few iterations of these things we should have an extremely useful platform that could start to be more of a replacement product.