Kicking things off as always is Crysis: Warhead, still one of the toughest game in our benchmark suite. Even 3 years since the release of the original Crysis, “but can it run Crysis?” is still an important question, and for 3 years the answer was “no.” Dual-GPU halo cards can now play it at Enthusiast settings at high resolutions, but for everything else max settings are still beyond the grasp of a single card. 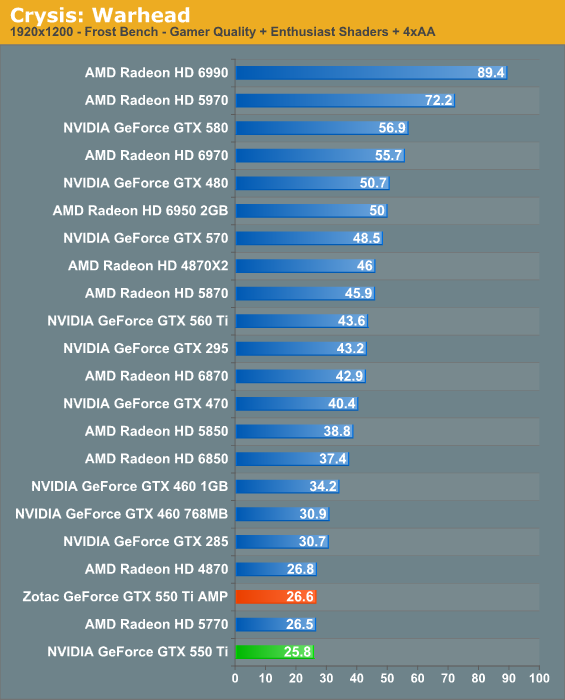 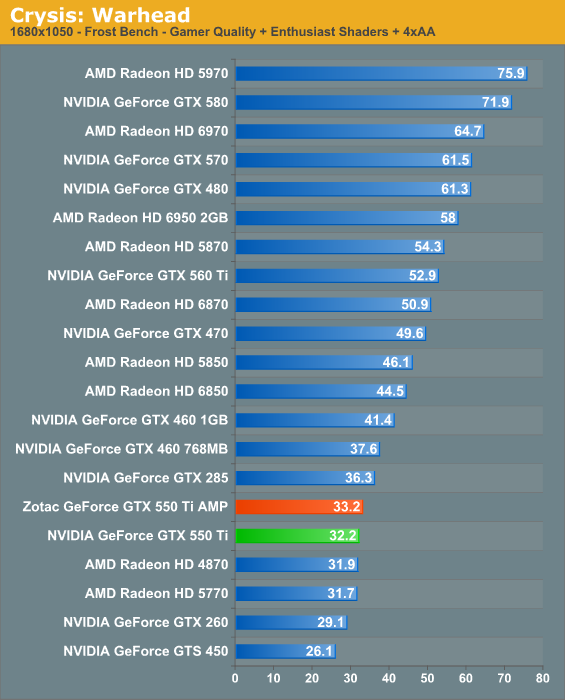 Though NVIDIA is primarily targeting the GTX 550 Ti towards 1680x1050 users, we’re including 1920x1200 to showcase games where the card is fast enough to handle that higher resolution at a playable framerate, or to show where it’s close to crossing the mark. However this is largely to satisfy our curiosity rather than to generate data from which to draw a comparison.

Out of our normal card lineup the GTS 450 is the slowest card we keep, so NVIDIA quite literally has nowhere else to go but up here. For the GTX 550 this means vaulting well past the GTS 450, giving us a 23% increase in performance; keep in mind that the theoretical improvement based on core and memory clocks alone is only 15%, so whenever we exceed that we are clearly seeing the benefits of the additional ROPs, L2 cache, and memory bandwidth afforded by enabling the 3rd memory controller. In any case at 32.2fps it’s playable, however Crysis is a demanding enough game that it makes much more sense to turn the game’s settings down some more before taking it on.

As for the Zotac factory overclock, here we’re picking up 3%. This is curiously much lower than the theoretical advantage. 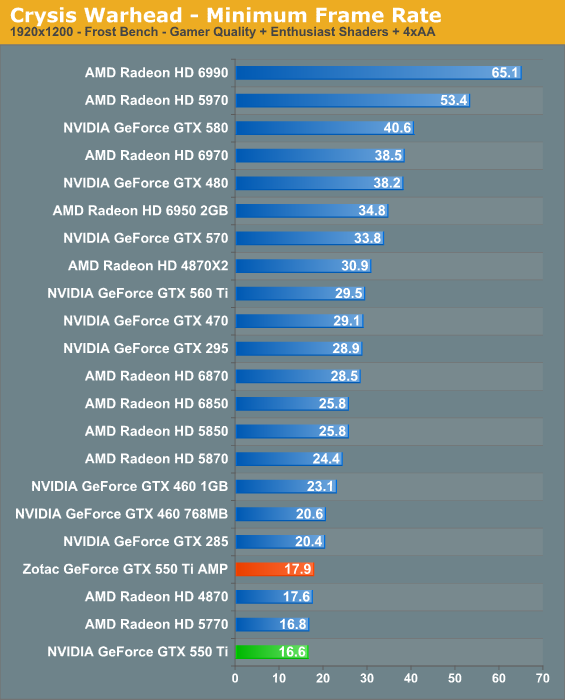 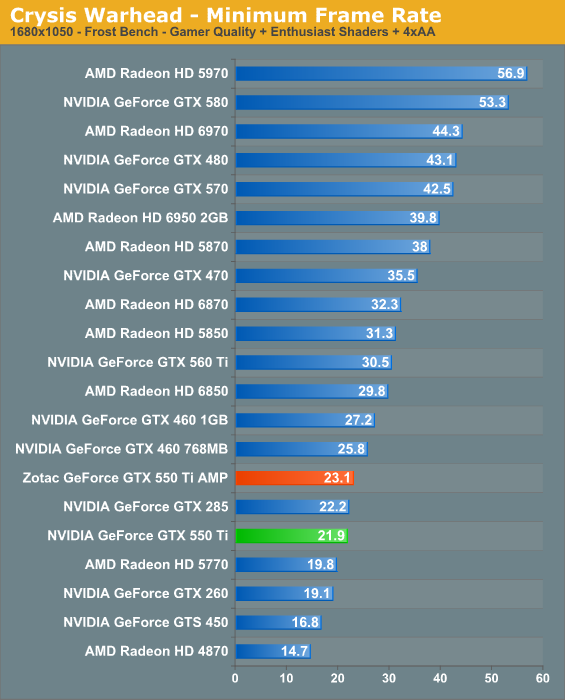