Probably the only major disappointment about the iPad 2 is the cameras, oh the cameras. They're identical to the two cameras in the latest generation iPod touch, and are overall something of a disappointment. 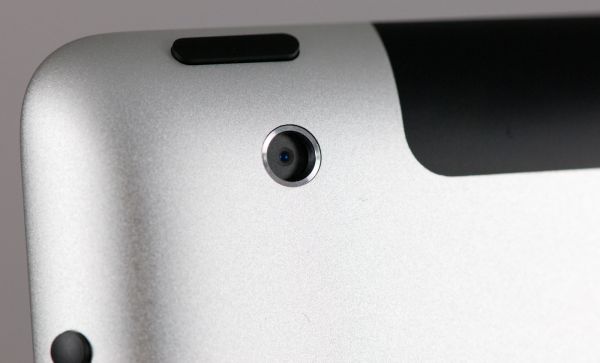 The rear facing camera is a native 1280x720 when shooting video, which crops down to 960x720 (4:3) when taking stills. All the camera app does is toss away 160 pixels on the left and right side when taking still images. There's no autofocus at all, it's just fixed focus, meaning taps on the display simply change exposure. Change to video and you'll see magnification preserved entirely. It's obvious this back sensor was chosen with the intention of shooting video given its apparent native 1280x720 resolution. 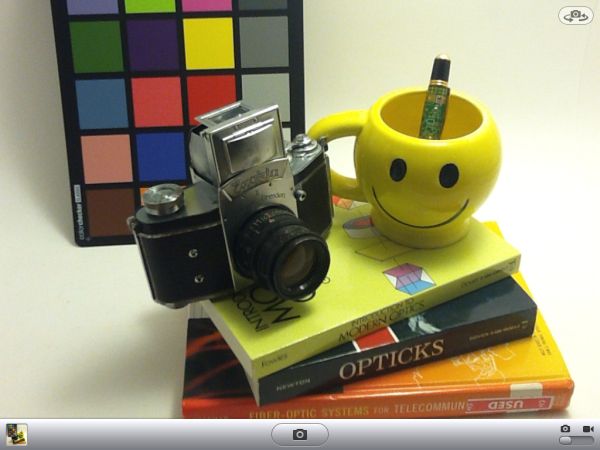 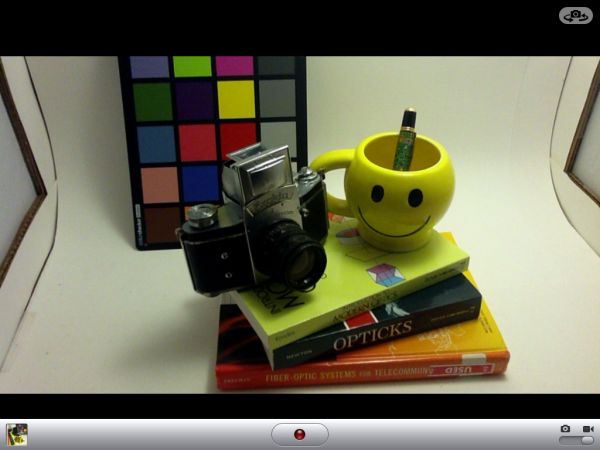 The iPad 2 camera reminds me of the iPhone 3G camera. It's less impressive than the iPhone 3GS camera which had autofocus and relatively decent image quality, and positively destroyed compared to the iPhone 4 camera system. 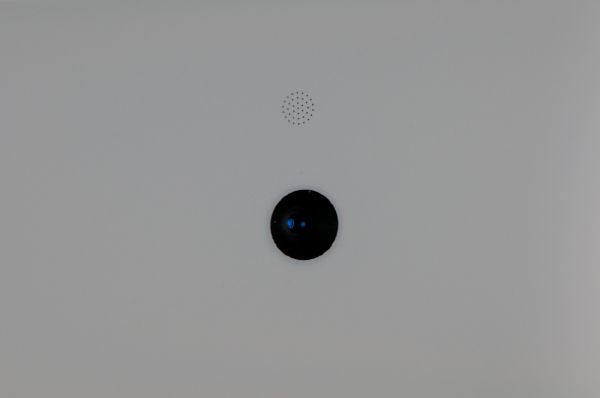 The front camera is actually similar to what we've seen before out of all the iDevice front facing cameras - it's VGA with equally ok performance. White balance seems off inside the light box we use for smartphone testing, as the test images have a distracting reddish cast.

Stills on the rear camera aren't impressive at all, and what makes it worse is that the images are noticeably blurry and noisy when upscaled to the iPad's native XGA resolution. I was shocked to see that the camera preview scales both the front and back camera images all the way up. It looks downright hilarious in person and shows off everything bad about those two cameras.

Video quality is almost exactly the same as the iPod Touch (latest gen with cameras). It's actually pretty good, though I want to do more testing before passing judgement. It's still 720P H.264 Baseline L3.1 at 29.97 FPS. Our demo video is 10.8 Mbps.

The microphone location for the iPad 2 is (at least on the 3G version) right in the middle of the plastic RF window. It's a super small little port with mesh grating. I found out the hard way that it's also right where you want to hold the iPad naturally, and covered it with my hand in the video above. Apologies about the noise. 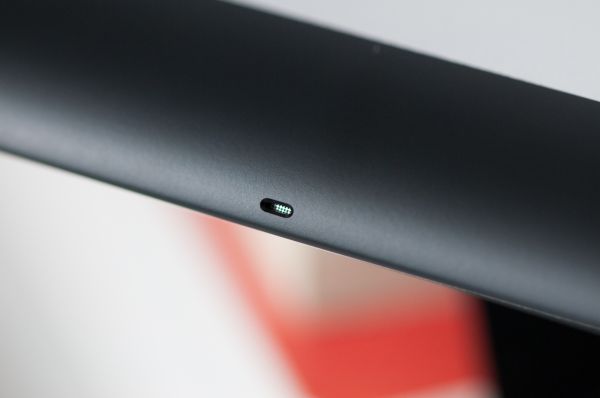 iPad 2 microphone in the middle of RF window

What I like about Apple is that usually their UI is some of the most carefully thought out around. Nine times out of ten, it's almost shockingly intuitive, and clearly carefully thought-out. Look no further than how the original iPad's mail app layout has become the most emulated landscape UI design ever.

That said, it's that one time out of ten when things go awfully, terribly, shockingly wrong - sadly, that's precisely what happened in the camera app. The problem is that the camera control bar moves when the iPad is rotated. Yes, it moves. Contrast that to the iPhone and iPod Touch where the bar never moves, and the capture button is always on the bottom near the home button - icons rotate, but the whole bar doesn't move. On the iPad 2, icons rotate, and the whole bar moves. 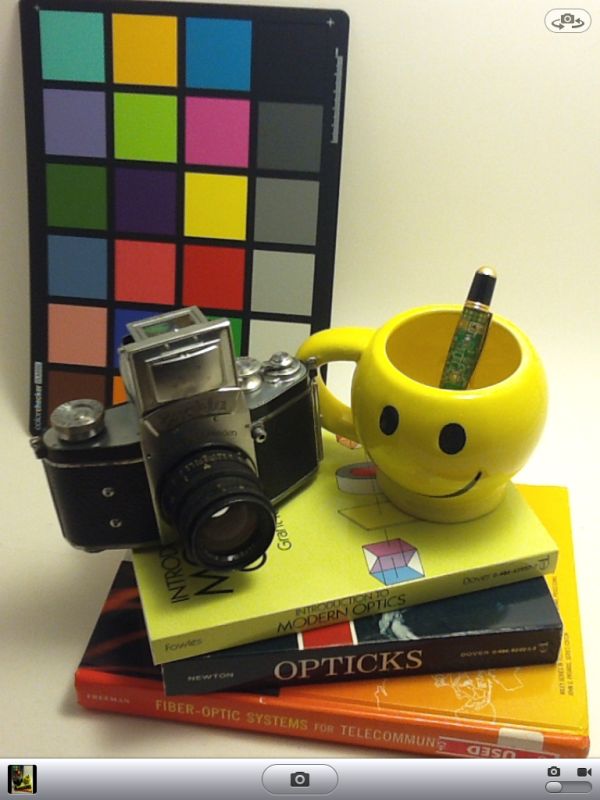 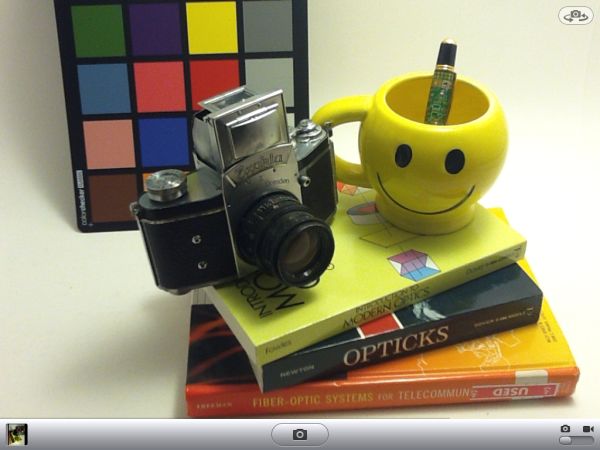 Left: Portrait, Right: Landscape - Note how the capture button is always at the bottom

In both landscape and portrait view, the capture button goes to the bottom of the screen, dead center. In portrait, it's not too hard to just stretch the thumb and tap capture. It isn't comfortable, but it's doable. In landscape however, you either need to either hold the iPad 2 with one hand and tap the capture button with a free hand (which is a great way to accidentally drop the thing or introduce biblical amounts of camera shake), or stretch your thumb to the max and hope to goodness it's long enough to reach the button. In both portrait and landscape, putting the capture button at the bottom is undeniably awkward. This could've been the perfect opportunity to introduce a transparent capture button mid-screen on the sides where the thumbs could naturally tap. Instead, we're left with the most awkward position possible.

We couldn't help but share some of our initial thoughts/impressions with you guys but there's still much more to do. Battery life is next on the to-do list along with our continued hunt for a greater understanding of Apple's iPad 2. Check back next week for our full review! 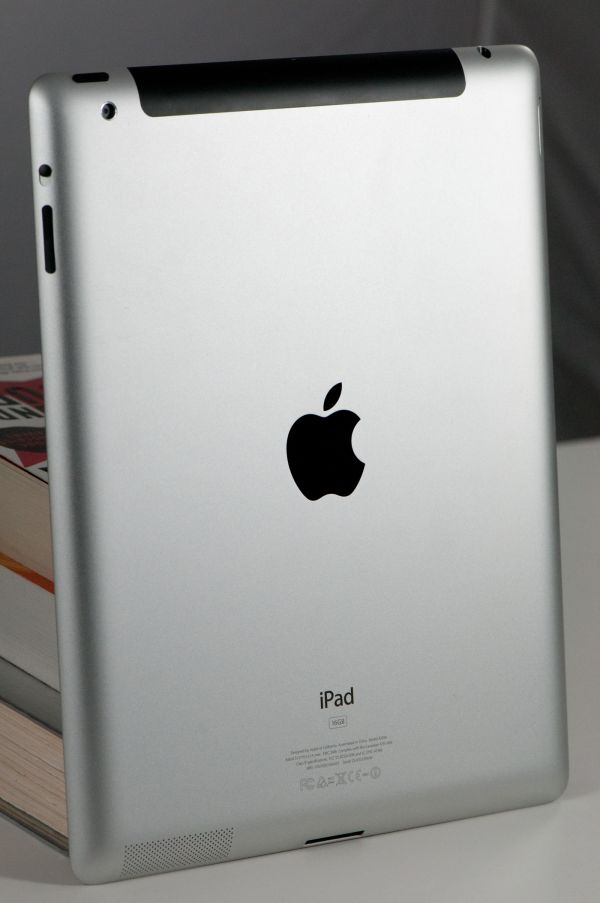