Up next is BattleForge, Electronic Arts’ free to play online RTS. As far as RTSes go this game can be quite demanding, and this is without the game’s DX11 features. 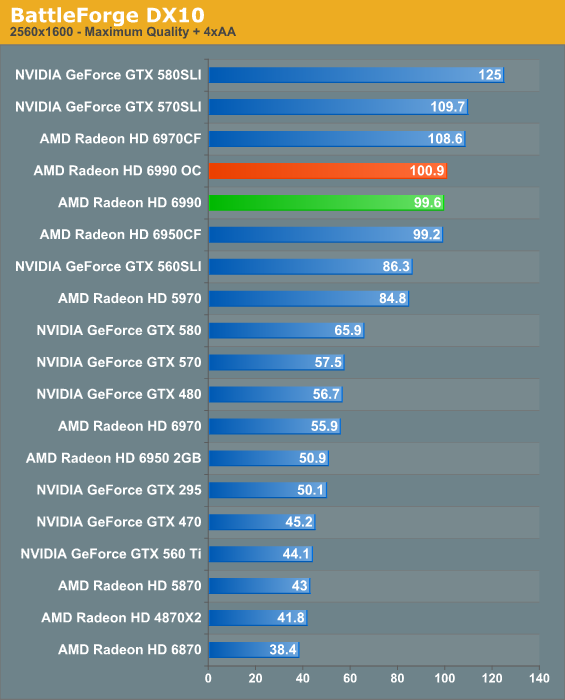 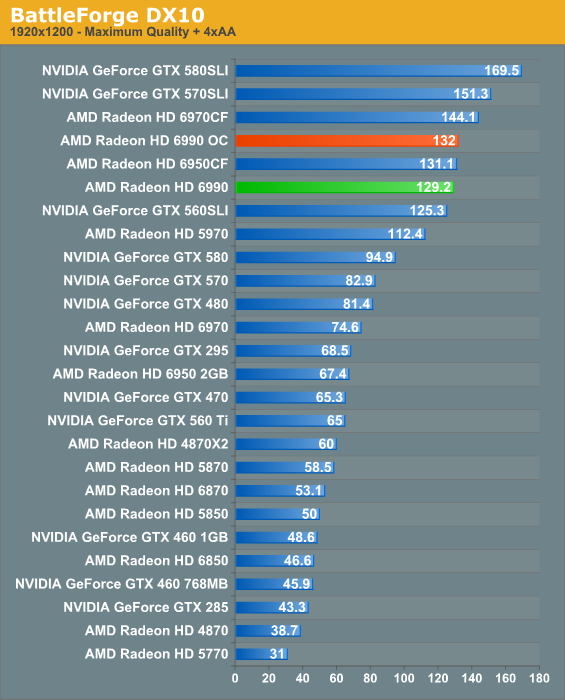 With BattleForge we see the 6990 fall in to a similar hole as the rest of the 6900 series when it comes to performance relative to NVIDIA’s 500 series: sometimes they do well, and sometimes NVIDIA has an advantage in the game; this is the latter.